Sydney Brewery are giving you a chance to eat like a king in Surry Hills FREE for an entire year.

Now’s your chance to be the foodie king or queen of the 2010 postcode, as we give one lucky winner the chance to EAT FREE FOR A YEAR. In collaboration with Sydney Brewery and the best restaurants in Surry Hills, this is your chance to impress your mates and shout them dinner not just as a once off, but every month for twelve months.

You read correctly. The winner will receive $150 worth of food plus two rounds of Sydney Brewery beers (4 drinks in total) each month. Yes, each month, for 12 months with a total prize value of $2200.

Sydney Brewery are no strangers to an incredible array of beers and ciders. Taking inspiration from the suburbs of Sydney, you can sip on the Glamarama Summer Ale, Manly Perry, Paddo Pale, Surry Hills Pils and plenty more. With a focus on quality raw ingredients, the brewers are given all the resources they need to produce the very best craft beers and ciders. 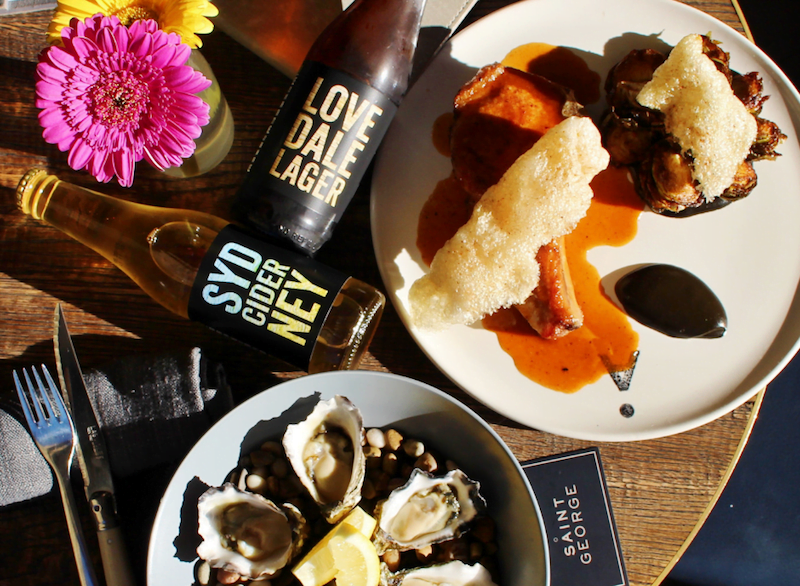 To show this off, Sydney Brewery are teaming up with 12 great Surry Hills establishments. Now’s your chance to feast on classical French dishes like oozy raclette cheese at quaint Surry Hills restaurant, Loluk Bistro. Head to Saint George and let acclaimed chef and hospitality guru James Metcalfe guide you through this flavour-rich menu at his all day eatery.

At Don’t Tell Aunty, you’ll want to come wearing your stretchy pants, with an assortment of innovative Indian dishes awaiting you. It’s been dubbed the ‘best gluten free pizza in Australia’ at Al Taglio, while Dead Ringer are best known for their seasonally driven, Australian dishes. Other great venues included in this epic prize include Mamasan Surry Hills, Via Napoli Pizzeria, The Carrington, Mohr Fish, Platform 818, Central Quarter and of course Sydney Brewery.

So, what’s the catch? Simply tell us in 25 words or less your favourite Sydney brewery beer/cider and food match.

Punters can enter via the form below. Good luck!

This competition is a game of skill, the most creative answer will win. The competition will run from 2nd September 2019 to 30th September 2019 5pm. One winner will be chosen as part of the competition and will be notified via email on 30th September 5pm. Judges decision is final. The winner will be given a prize valued at a total of $2200 to be used as part of the Eat Free For a Year competition. This entitles them to 1 x $150 voucher + 2 rounds of Sydney Brewery products (4 x drinks in total) to be claimed at a select Surry Hills restaurant once per month for twelve months. The prize is not redeemable for cash, transferable or to be used in conjunction with any other offers.

Sponsored Love. This post is proudly brought to you in partnership with Sydney Brewery. Thank you for supporting the partners that make Eat Drink Play possible.