Casual coffee hangout by day, trendy wine bar by night. Saint George is the new all day eatery to put on your food radar.

When word got out that James Metcalfe was opening a new eatery in the heart of the inner city, it naturally spiked quite a bit of interest. Metcalfe comes with a raft of talent in the hospitality sphere, working in both double hatted and Michelin star restaurants from around the globe. Now he heads multi-faceted hospitality consultancy firm JRM, while also taking on his latest project, Saint George.

Situated in the heart of Chippendale on bustling George street, you’ll need to first jostle with crowds of university students, backpackers and corporates. It’s a part of town that is rarely quiet. As for the restaurant’s name, it pays homage to George Street, whilst also representing a subtle nod to James’ British upbringing. 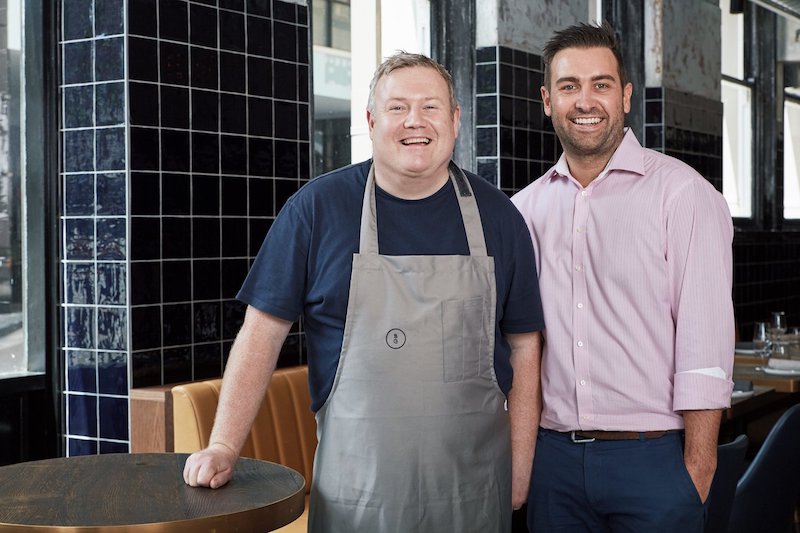 Take a look inside to find decadent navy blue hues and leather seating, offset by an exposed ceiling and rendered concreted. It gives the 45 seater venue a purposely nuanced look. By day, Saint George operates as a casual coffee house, while by nightfall, the mood changes. The lights are dimmed and in the blink of an eye you’re suddenly in a sophisticated wine bar, sipping on carefully curated wines sourced from Argentina, Spain, France and beyond.

Breakfast, lunch and dinner menus honour contemporary and seasonal flavours. Dinner is where things get particularly interesting though. To whet your appetite, be sure to request the smoked haddock croquettes ($5 each). Crisp on the outside, the essence of the saltwater fish isn’t lost in the method of smoking, while a piquant whiskey mayonnaise adds the last decadent flourish.

Dishes are textually diverse and interesting in flavour profile, evidenced in the Hiramasa Kingfish ($19). Citrus cured, the delicate mound of fish works in tandem with fresh apple, celery and a scattering of crushed wasabi peas. Ingenious. 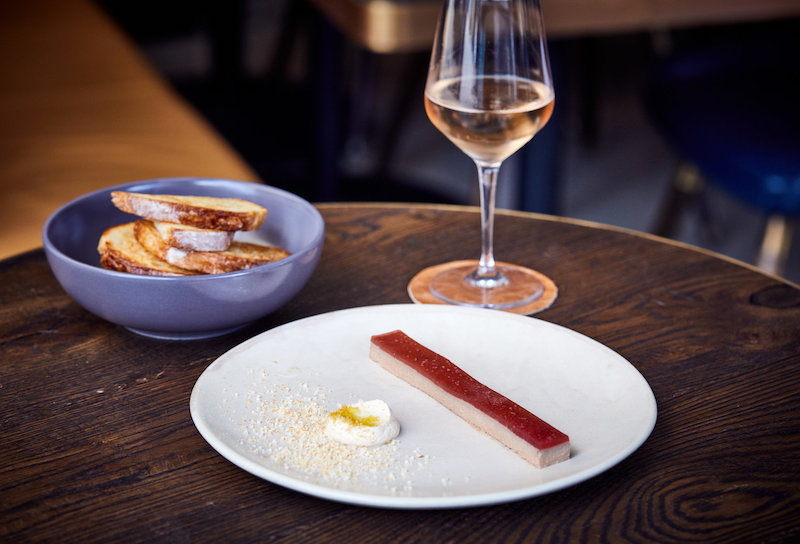 Thirlmere chicken liver parfait with rhubarb, hazelnuts and toast ($18) will satisfy your hankering for something on the richer side. That being said, the parfait is particularly light in texture, evoking the illusion that it’s not all butter and other naughty delights. Teamed with a glass of Pinor Noir, you won’t be leaving any time soon.

Main meals carry a similar finesse in design and execution, the squid ink risotto with confit squid ($22) so striking in colour that it almost jumps off the porcelain plate.

A stand out at Saint George has to be the roast pork jowl ($25). Two generous slices arrive to the table, the pork itself perfectly tender to a point where your knife is rendered almost redundant. A layer of crispy pork crackling will make any honourable person giddy with excitement, while a simple accompaniment of mango, coriander and pickled white radish cuts through that hearty richness. 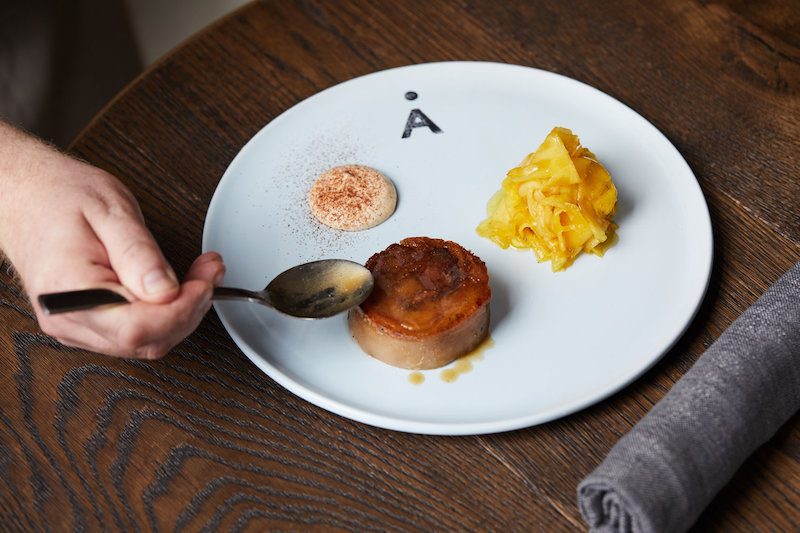 As for the all important wine menu, it masterfully seesaws between the locally and internationally sourced, with over 70 drops available. Cocktail lovers are encouraged to dabble in concoctions including Brown Eyed Girl ($22) made with Goslings Black Seal rum, vanilla liqueur, chocolate liqueur, chocolate bitters and sugar syrup.

While the Valrhona Manjari parfait is a chocolate lovers delight, it’s weighty texture feels a little overwhelming. That being said, an accompaniment of puffed grains, sesame seeds and cacao nibs gives the dish a necessary lift. For a lighter finish to your meal, order the lime and coconut mousse ($14). Teamed with fresh mango (are you spotting the seasonality theme yet?) and lemonade milk granita, your palate is immediately cleansed and refreshed.

While taking on the identity of coffee shop by day and sophisticated wine bar by night might feel intimidating for the average restaurant, Saint George masterfully adopts this multifaceted role. Whether you’re looking for a grab-and-go meal or a lavish evening of fine wine and food, be sure to take notice of Saint George.

Saint George is open 7 days a week, from 7am until late.