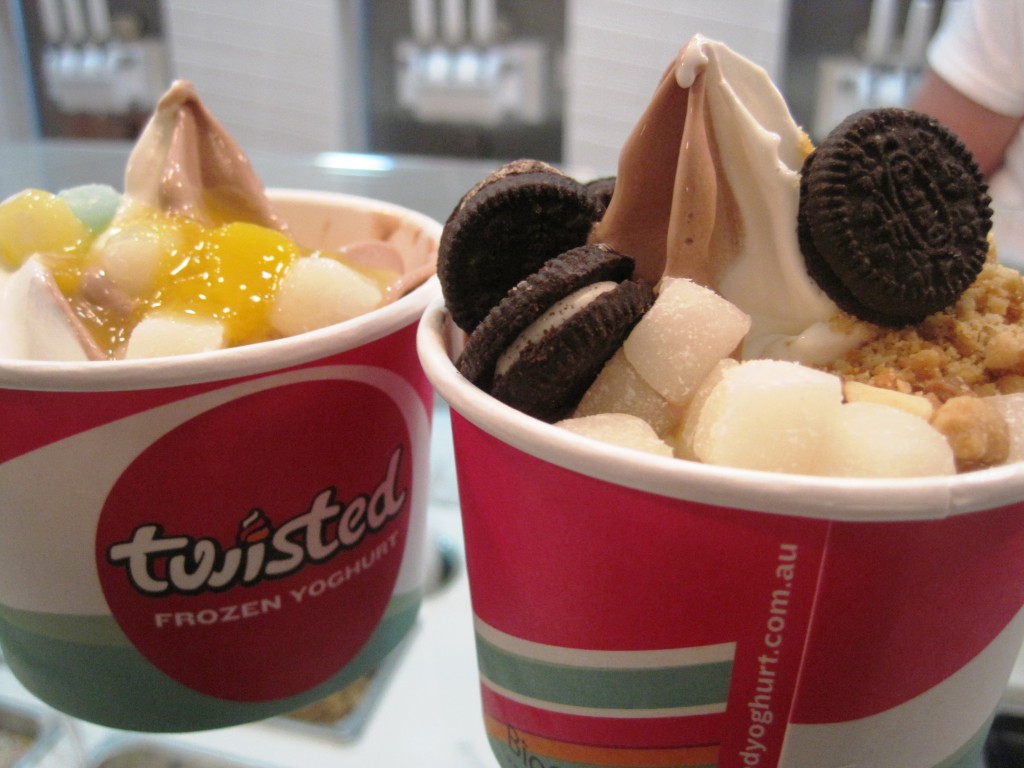 Half the sugar of ice cream, 98% fat free and creamily indulgent, frozen yoghurt is the latest trend to win over our taste buds and wriggle its way into our ever changing list of things we can’t live without.

In the same way that the 2009 liquor licensing laws changed the face of Sydney’s watering holes, frozen yoghurt has knocked ice cream off its summer pedestal and is fast becoming our dessert of choice – whether we’re at the beach, taking a post dinner stroll in Darlinghurst or craving a cheeky afternoon snack.
With Wow Cow in Darlinghurst first introducing us to the concept of breakfast for dessert, Bondi’s Twisted creates a new experience for frozen yoghurt (‘froyo’ for those in the know) aficionados with its focus on organic, natural and sustainable products.
It’s a Wednesday evening on Hall Street, and the flavours of the week are ‘Loudmouth Lime’ and ‘Knickers In a Twist’.  Freshly created on the premises and releasing new flavours every Friday, food technician Cass says that the philosophy behind Twisted is that “20 minutes of fun can be had at any time of the day”.   I watch as kids ponder the serious dilemma of which toppings to choose, while everyone from surfers in boardies and thongs, high-heeled professionals toting ipads to grandparents on an evening stroll wander through the doors for a frozen treat.
In keeping with its mission to be healthy and organic, Twisted has partnered with Riolife, a couple of young guys importing the super berry Acai directly from the Amazon in Brazil, to create an unusual range of probiotic smoothies.  Anyone who has been to Brazil and tasted Acai in its home country has most likely entertained a short-lived fantasy of importing the fruit to Australia, only to have reality, logistics and import taxes bring them back to earth.  Andrew and the team have actually done it – partnering with a community in the Amazon to import it to Australia in close to natural form (freeze dried, no preservatives), donating 1% of all proceeds to build the local 104 student school.  I sample a delicious Acai and Mango blend, and find myself feeling strangely perky for 8pm on a weeknight – until I realise that Acai is mixed with guarana for an instant kick.
Despite the fruit on offer (including Blood Orange) and the fact that I haven’t yet had dinner, I can’t resist ordering “Knickers in a Twist”, a combination of coconut and chocolate (which I am assured is low-fat, low sugar – practically healthy).  The next big decision involves toppings – Cass insists that I try the quirky new Mochi topping, a squishy Japanese rice cake, which is unusual but can’t compete with crushed tim-tams and caramel sauce beckoning from the counter.  After contemplating temptations like gluten free brownies, goji berries and the blueberries, I decide on a winning combination of traditional apple crumble topping and mini-oreos.
What I’m coming back for…

Not so fussed about…

I recommend…
Felafels for dinner at Sabbaba around the corner, followed by a small Twisted Froyo topped with crumble and blueberries for dessert.  Two courses by the beach for less than $15. 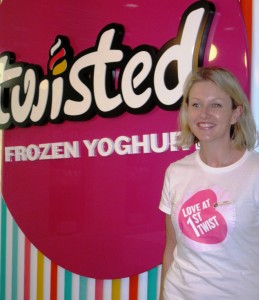 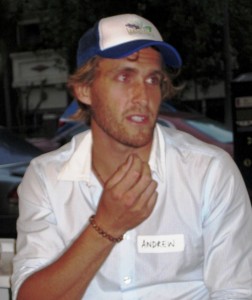