The Carrington in Surry Hills is your old-fashioned neighbourhood pub with good food and good vibes. This pub-come-restaurant sits proudly on a quieter corner of Bourke St, away from the masses and certainly holding its own since it re-opened mid 2011.
You’d be forgiven for thinking you’d walked into the wrong place for breakfast (like I did), as you enter through the front part of The Carrington, with dim lighting and dark-undertones, which is the pub zone. But just ask the friendly barman and they will direct you down towards the back of the pub where you enter a completely different realm, filled with great natural lighting and a vibrant, colourful restaurant/cafe setting. 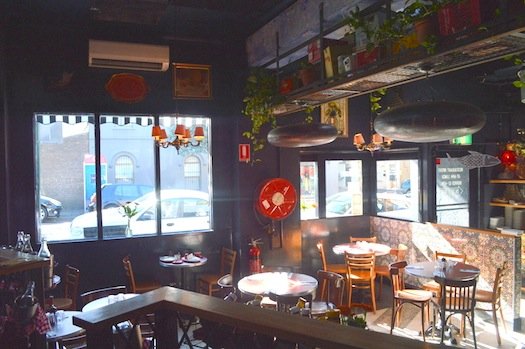 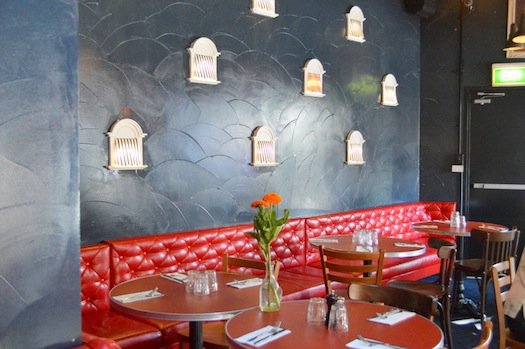 It’s hard to pin-point the exact theme the self-dubbed Spanglish restaurant is going for. It features 1950s red diner booths with small, round tables big enough for two, set against a backdrop of a teal-grey-coloured wall.
One thing The Carrington doesn’t lack is creativity, such as the decoration of their wall lights which are masked under black and white Spanish-style awnings, as well as various pot plants that sit in metal racks attached to the ceiling. It’s definitely eclectic and a bit of a hodgepodge, but it’s got great character. You feel at home, comfortable, like you could sit there chatting for hours. 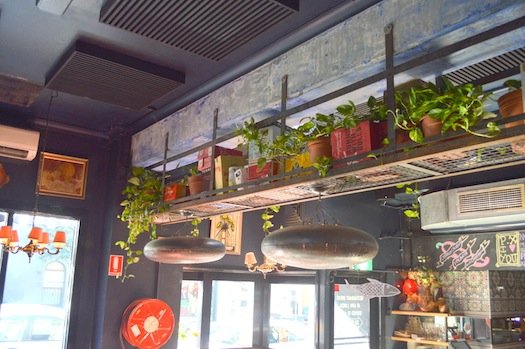 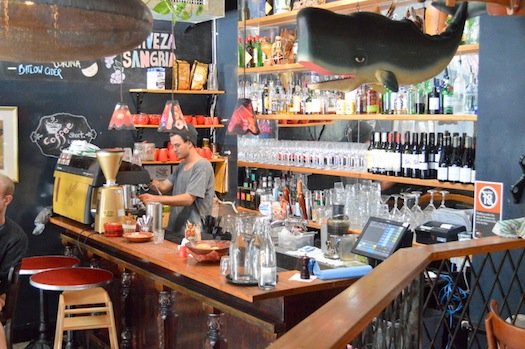 But more importantly – their new breakfast menu. The menu changes with the season, so there are a few new dishes and some improvements on regulars’ favourites. Though the menu is not quintessentially Spanish, there’s plenty to choose from, ranging from the traditional, and let’s face it, boring dishes, like Eggs, Bacon, Sausage and Toast ($20), to the bold and daring dishes like Fried Chicken and Waffles with Maple Hot-Sauce ($16). Yes, you read that right. Other appealing dishes include the Salt Cod and Morcilla Hash ($16), Empanada Rocheros ($15) and Griddle Cakes with Coffee-Soaked Prunes and Maple Ice-Cream ($16).
Then there’s the not-so-Spanish meals which sound no less tasty, like a NYC Bagel ($12) and your B.L.F.T ($12) – (the F stands for fried-tomatoes).
I went for the Griddle Cakes and my friend opted for the Fried Chicken and Waffles and as soon as her meal came out I most certainly had ‘I want what she’s having’ jealousy. However, both meals were extremely satisfying and flavoursome. 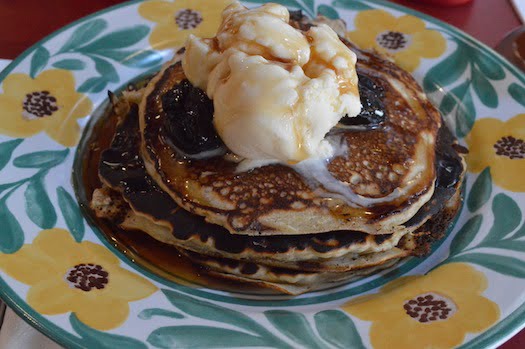 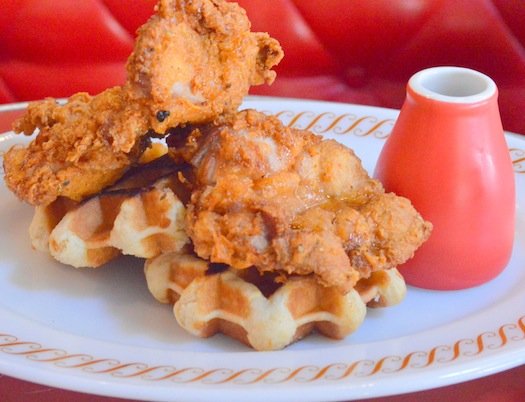 The griddle cakes were thick and soft, which was a great pairing with the sweetness of the maple ice-cream and interesting flavour combo of prunes and coffee. But the chicken and waffles – that was something from another world. If eaten together, you first get an explosion of tasty, slightly spicy chicken, which is then over-taken by the sweetness and softness of the waffles. Drizzled with hot maple-sauce and you’ve got yourself one serious foodgasm, and I don’t use that word lightly. 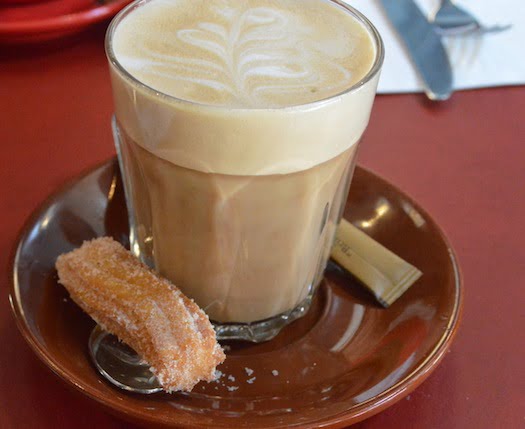