Last Tuesday night The Eastern Hotel in Bondi Junction held a VIP Launch and sensory food and drink experience of its revamped and renovated three new levels. I suggest you start on the ground floor and work your way up to get a real feel for each destinations, just as we did.

We started off on the ground floor at The Publican, your ultimate destination for jaffles, beer and ciders. We were greeted with a glass of cider and big, cheesy grins from waiters dressed in 1930s America attire (think brown, plaid clothes with suspenders and fedoras). Right in the middle of The Publican is a cascade of drinks, with the bar serving over  60 local craft beers and ciders with 12 rotating on tap – certainly a beer geek’s Utopia. 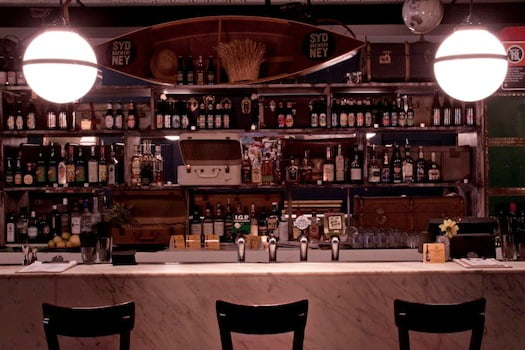 And, what better to pair beer and cider with than some toasty, warm, cheesy jaffles. The Publican does serve your good old fashion jaffle with baked beans, but a favourite of the night was certainly the pork belly with spiced apple jaffle. 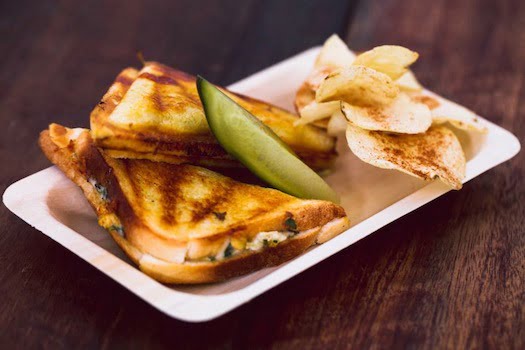 With a chic, old-school style taking you right back to the 1930s, featuring a luxurious red lounge, a vintage telephone booth, a faux fireplace and stacks of vintage suitcases, The Publican was certainly a great way to start the night. It’s sure to be stand-out watering hole on Oxford Street.

After an hour, it was time to head up to the Greek inspired restaurant, Anatoli, one level up. Glasses of vino were directed our way as we entered a large, almost cold space. With large black and white tiles on the floor and sparse walls, the restaurant was quite clean and somewhat sterile – I wasn’t feeling the Greek vibe at all. I wanted to hear Greek music and plates smashing, I wanted to see walls splashed with blue and white and photographs of a Santorini sunset and old Greek men. 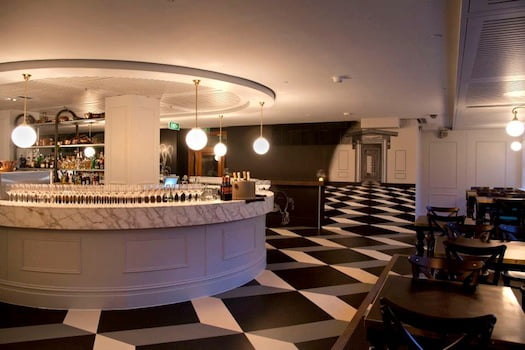 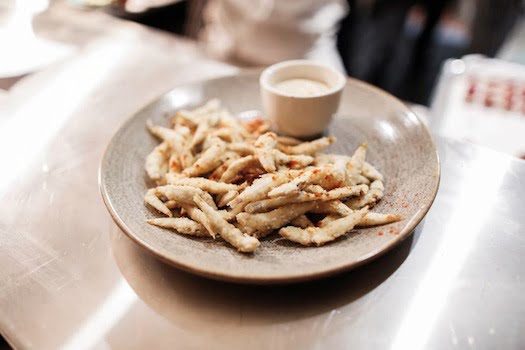 Nonetheless, the food was tasty and the wine, exquisite. Every time the waiter passed me I kindly asked him to top up my glass, I couldn’t get enough of it. We were served canapés of Taramasalata on Crouton, Wild Green Pie, Whitebait and Whitebean Skordalia, Pig Terrine and Fig, Scallop and Nettle and Lamb Belly and Walnut. After another hour, it was time to head on up to the next level, the one I was most excited about from the beginning.

Chimmi’s Rum Cantina is The Eastern’s very own Spanish apartment, like it’s been ripped straight from the Urban backstreets of Spain. The funhouse and party-vibe was obvious from the moment we stepped foot inside Chimmi’s, with cool Spanish music with a heavy beat playing. All it was missing was shirtless Cabana boys. With dim mood lighting and quintessential apartment items like a TV set, red lounges and shaggy rugs, Chimmi’s is literally your South-American home. Eclectic artwork covers the walls whilst a collection of guitars hang proudly behind the cantina. 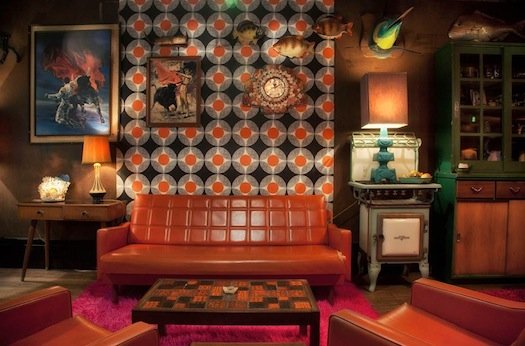 Chimmi’s is all about bringing the Caribbean Vibe to Oxford Street, with cigars, good food, dancing and lots of rum. The cantina stocks over 100 rums sourced from South and Central America, as well as from the Caribbean and Jamaica, a collection to impress all rum aficionados. 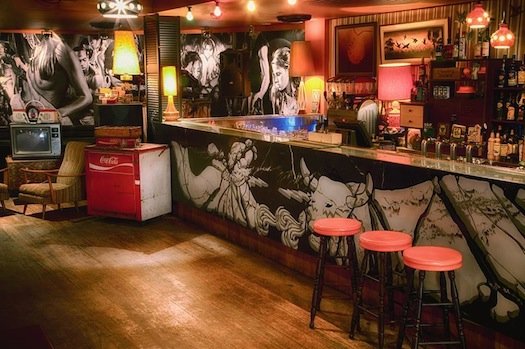 With their signature Salty Donkey cocktail in one hand (fresh pineapple juice, Flor de Cana Nicarguan 4 year rum with a half salt rim finish) and a slow-cooked lamb, cheese and olive empanada in the other, I almost kidded myself into thinking I’d actually landed in South-America suburbia. Another signature drink to try is the Banana Colada – pineapple, Venezuelan and Jamaican Coconut Rum, Puerto Rican coconut milk and banana served in a pineapple husk.
That’s where our journey ended, but if by this point in the night you’re still raring to go and keen for more good food and booze, go up one more level to a Mexican Fiesta at El Topo.
Four levels and four different themes – be prepared for a wild and fun night that you just won’t want to end.