Get ready to give a big hello to The Long Goodbye

Nestled between Dumplings & Beer and Sushi on Stanley in Darlinghurst is a mysterious staircase that ascends into darkness. Do not be discouraged. If you are a wandering soul searching for a killer cocktail, then you’ve come to the right place. At the end of staircase and you’ll find one of Sydney’s most talked about new bars. First we had Tequila Mockingbird, named after Harper Lee’s novel but with an alcoholic twist. Now comes, The Long Goodbye, named after the novel by Raymond Chandler. 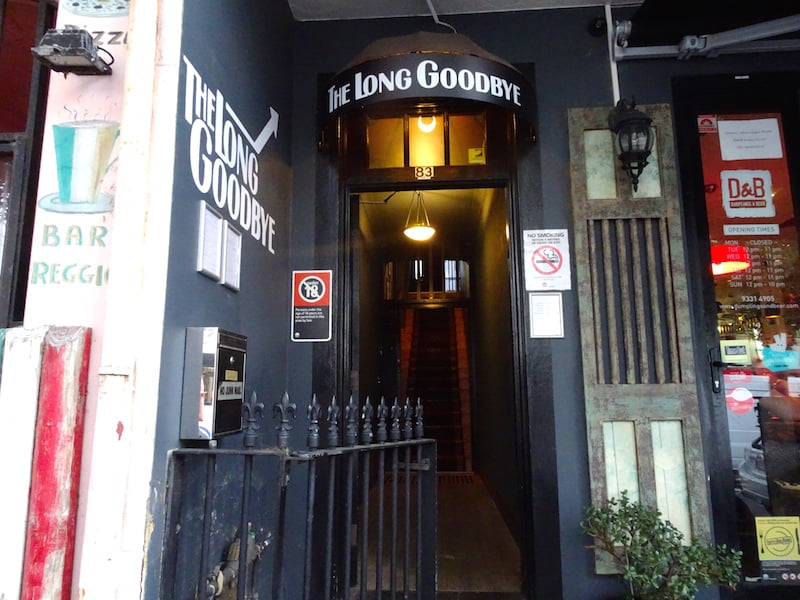 Upstairs, the space that used to be The Hazy Rose has certainly changed. Gone are the pineapples, palm trees and old-school funk vibes. In their place are dusty old books, an old-school typewriter, waxy candlesticks and antique furniture. The place now exudes neo-noir, with it’s darkened interior, and vintage wallpaper . As it’s only been open a mere few weeks, we witness person after person stumbling in, confused.“This isn’t The Hazy Rose?” But after a few carefully-concocted cocktails from bartender and owner Flynn McLennan, it was but a distant memory. 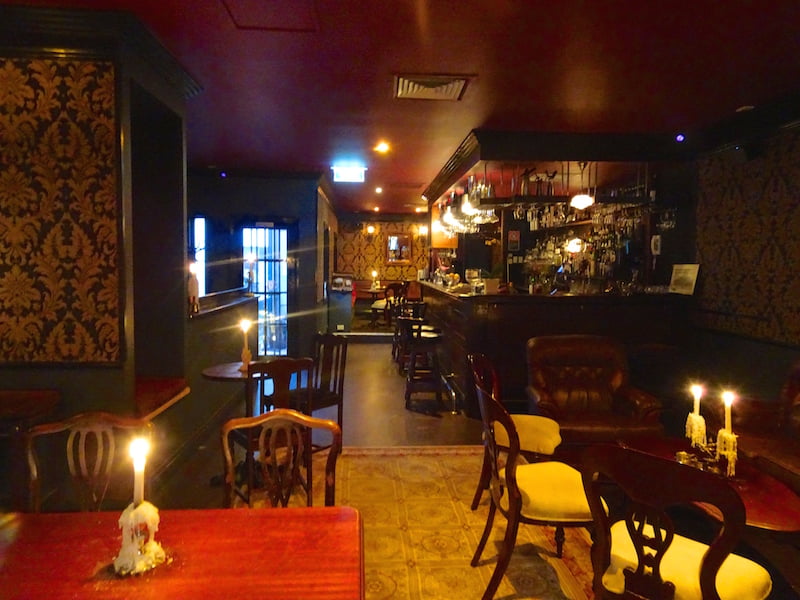 Flynn is the secret ingredient to the success of The Long Goodbye. He is friendly, passionate and his resume boasts an impressive history working in Sydney bars. As well as working here, he is the manager at Surry Hills Japanese restaurant Kagura. To his new gig, he has brought all this experience, plus a few observations of the Sydney bar scene, and it shows. Instead of being cocktails made with obscure ingredients and lengthy processes, his cocktails are quick, easy and they don’t compromise on flavour. He owes this to his homemade liqueurs made with an in-house ultra-sonicator and hours of experimentation. 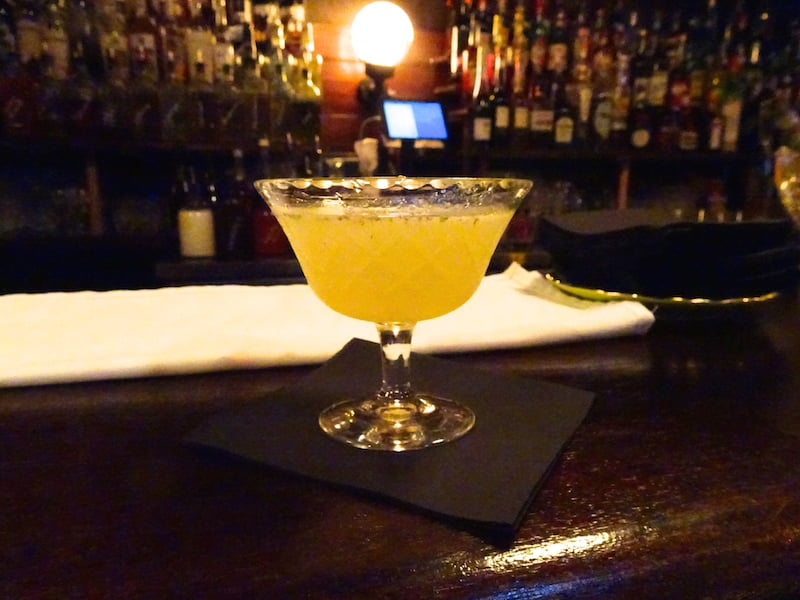 The first drink we are introduced to is “Youth of the Beast,” because we tell him we like tequila. It’s a cocktail made of only three ingredients: mezcal, lime and the real star is an earthy chipotle liqueur that finishes it off. It’s a damn good drink. And it’s made in only two minutes. This is the beauty of The Long Goodbye. They listen to what you actually like and make cocktails to suit your mood and palette. The cocktail list, that Flynn types up on a typewriter every week, is just a starting point. 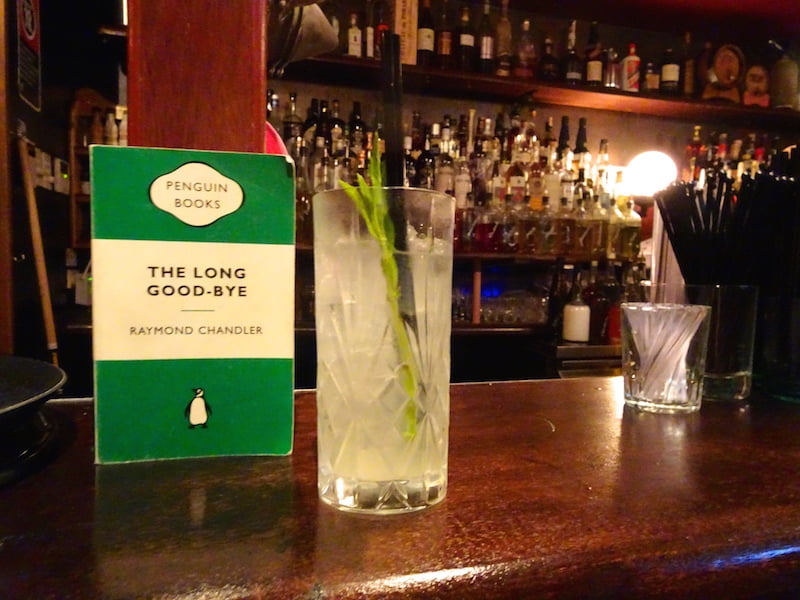 After telling Flynn we were hankering for some spice in our cocktail, we were presented with a new drink (not on the menu.) This one was made with homemade chilli bitters, pineapple liqueur, vermouth, gin, lime and soda. A drink with no name but one hell of an impression. We certainly got that spice we were looking for that was instantly softened by the pineapple and gin. 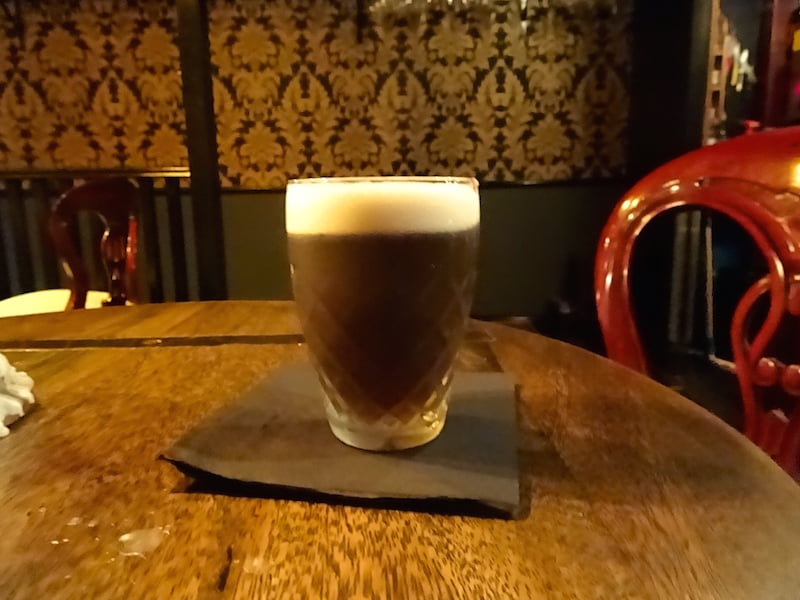 We do decide to dabble in the menu for one drink: the popular Dante Sour.  This is the one people usually pick off the menu due to it’s interesting ingredients: black sesame infused honey, ginger liqueur and rye whiskey. The honey and ginger perfectly compliment that rye whiskey – giving you a pretty little drink that packs a mean punch. 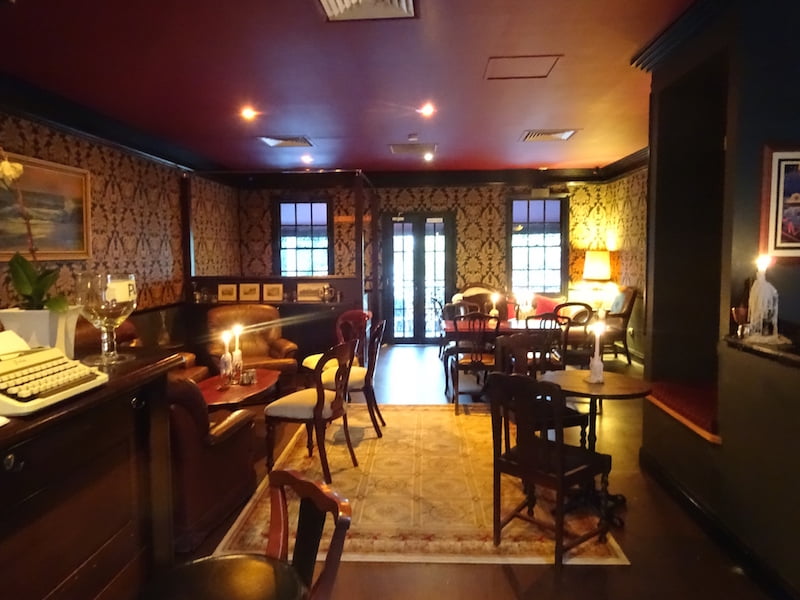 The Long Goodbye instantly makes you right at home, if your home was a neo-noir drinking den, in an old-school crime thriller. The bar’s dedication to creating new and inventive flavours by hand and twisting them into delicious drinks certainly make them stand out. There’s lots of hidden corners where you can share a secret or two, and your glass will never be empty. There’s no food as of yet, but it’s among great company, with Dumplings & Beer downstairs, plus Brick Lane and Food Society just down the road. It’ll be a long time before we are saying goodbye to The Long Goodbye.
The Long Goodbye
See website
Level 1, 83 Stanley St, Darlinghurst
While we’re in Darlinghurst, have you been to The Commons yet?