He’s spearheaded a culinary movement across the nation and pocketed third place on the list of the World’s Best Steak Restaurants, and now Hastie is casting his culinary net to the Northern Shores of sunny Spain.

Having opened Firedoor in 2015 in partnership with Fink, the restaurant group behind Quay and Otto Ristorante, Hastie is continuing the collab at Gildas restaurant opening Tuesday 6th September.

The Firedoor offshoot will have dishes inspired by Basque Country – a small region straddling the border between France and Spain on the coast of the Bay of Biscay, best known for its shimmering coastline and signature cuisine.

Think lamb grilled over hot coals, cured meats, piquillo peppers and artichokes to name a few, Basque cuisine is built entirely around authentic and local produce which will be a key building block to the work-in-progress menu. Having performed a stint at Asador Extebarri, and a pintxo bar in San Sebastián, we’re hedging bets that authenticity will be at the heart of Gildas’ menu offering. 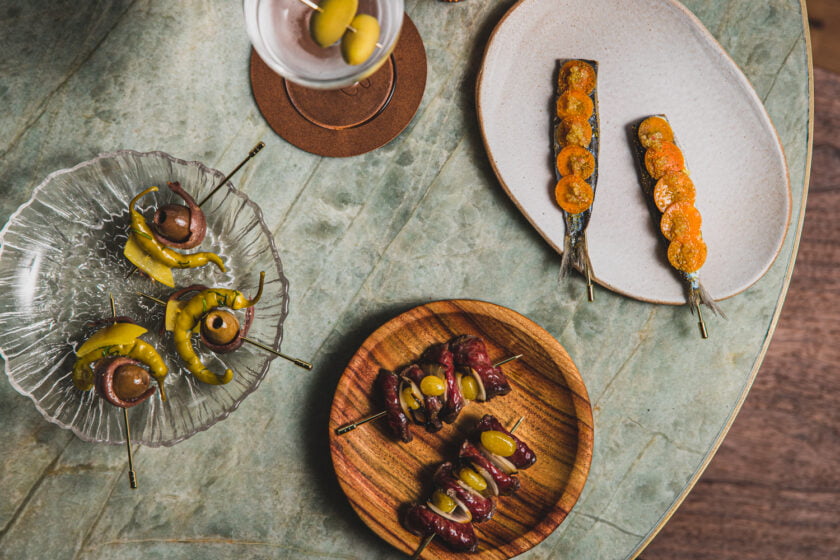 If you’ve indulged in the delights of San Sebastián gastronomy, you’ll have no doubt stumbled upon a Gilda Pintxo – a quintessentially Basque pintxo (snack) comprising of Olive, Guindilla, Anchovy and Gherkin. Rita Hayworth’s character in the 1946 eponymous film noir, came to inspire the name for this deliciously green, salty and spicy mouthful and has also served as inspiration for the name of the new Surry Hills bar, Gildas.

The new digs can be found right around the corner from Firedoor making for a perfect pitstop for a drink and bite before or after your meal. The 60-seat venue houses indoor and outdoor seating, but most importantly, only half the seating will be bookable. Spontaneous dinner-goers rejoice! Finally, we stand a chance of bagging a last-minute booking.

If you’re still searching for another European fix in the heart of Surry Hills, check out our Beast&Co review!