Fonda Is Back With A Brand New Venue In Surry Hills

If we had to name a cuisine that Sydneysiders couldn’t live without, the trophy would go to Mexican. What’s not to love? Burritos, tacos, guacamole and margaritas! We’re lucky to have a huge selection of Mexican restaurants in Sydney, some of our favourites including Mejico and Esteban in the CBD, Sinaloa in Double Bay, Cartel in Chippendale, Chica Bonita in Manly, and the list goes on. One Mexican restaurant that has particularly set the bar high for Mexican dining in Sydney is Fonda. With its first Sydney venue hitting Bondi Beach in 2017, we’re been waiting for a new venue ever since.

Originally founded by two Victorian mates, Tim McDonald and Dave Youl, their vision was to bring the traditional Mexican fonda experience to Australians. Fonda, meaning a home that a family has opened to the local community as a restaurant, sets the tone for the venue’s community feels. After establishing seven Melbourne venues, the team then launched in Sydney’s Bondi Beach where they hit their 10 year milestone birthday. To celebrate, they’re opening a brand new casa in Surry Hills this November.

Located on bustling Crown Street, the heart of Sydney’s dining scene, the restaurant will take inspiration from traditional fondas much like its sister venues. The new space has a friendly vibe with open booth and bar seating, bright lighting, and wall prints with peace and shaka signs. Fonda is best known for its traditional take on Mexican street food. The only difference is that the chefs highlight the freshest, quality ingredients from Australian producers. 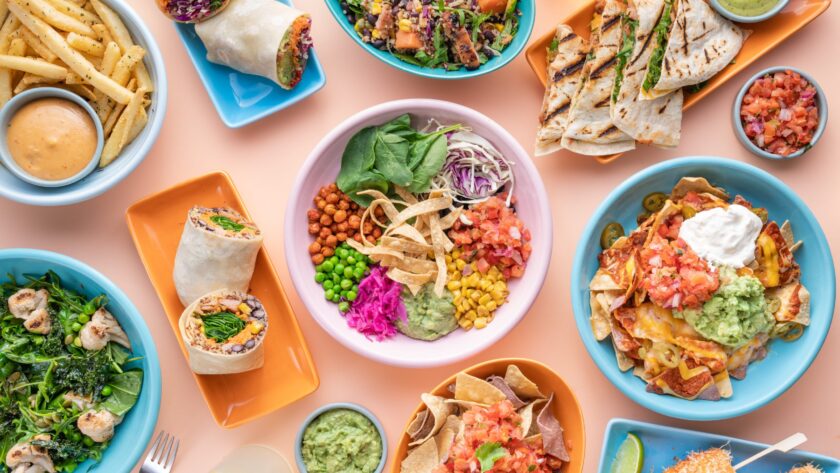 What’s on the menu? You can expect all your Fonda favourites including their legendary tacos, chargrilled quesadillas, burritos rolled with their signature flour tortillas, and nachos with house made guacamole and pico de gallo. You’ll be able to dine in with your friends and order a spread of share plates and margaritas, as well as get a burrito to takeaway for those hungover souls who need to tuck in alone from home.

Margarita lovers, they’ve got you covered. The cocktail list features their much-loved margarita selection ranging from house, traditional and frozen. The drink list will also include a selection of cerveza (beer), cider and a varied wine list featuring local and international producers.

Opening in Surry Hills on 11 November 2021.
Find out more and book a table here