Crown Street, Surry Hill has a new Lebanese restaurant called Cubby’s Kitchen. Owner of the popular Toko restaurant group, Matt Yazbek, has teamed up with his sisters, Amanda and Diala Yazbek to open the new venture.
Affectionately named after their mother ‘Cubby’, Cubby’s Kitchen is located in the same building as another one of their restaurants, The Crown Street Fish Shop. The large restaurant has been divided into two with the fish shop on one side and the relaxed, casual Lebanese restaurant on the other.
The Yazbek family are dipping their toe into the market, opening Cubby’s Kitchen as a ‘pop up’ to see how this style of Lebanese cuisine fares amongst local diners. They plan on operating the 50 seater restaurant here for at least a year and based on its popularity since opening we have a feeling they may be here to stay. 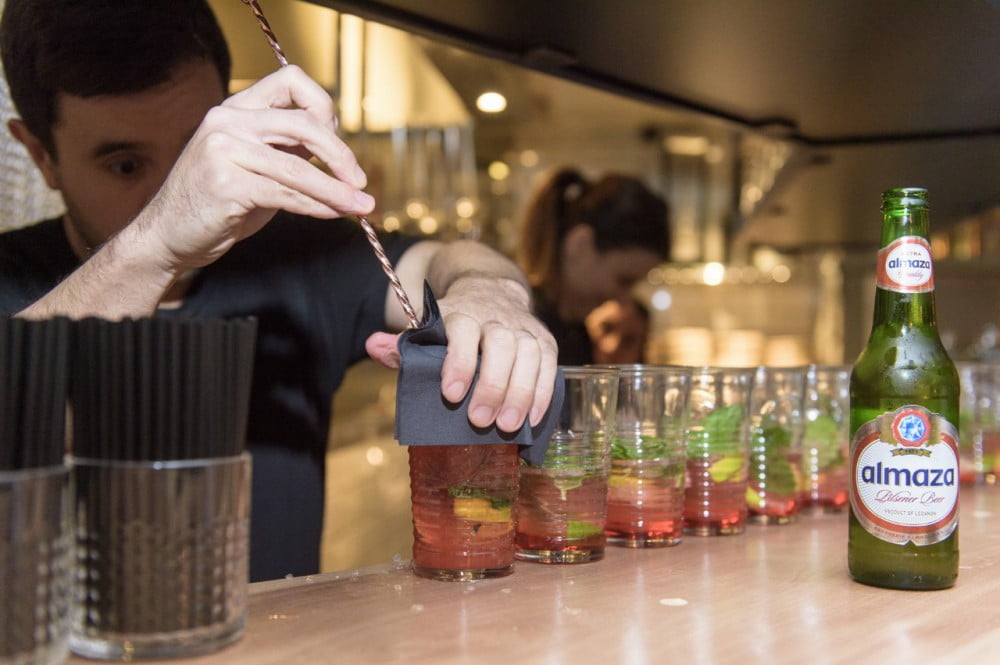 We attended their launch event recently and had a taste of what’s to come. Cubby’s Kitchen pays homage to the family heritage by offering quality, traditional ‘home-cooked’ Lebanese cuisine made from Cubby’s own recipes, and delivered with a modern spin. Matt has also drawn on his experience with Toko, applying some of these Japanese cooking techniques to the dishes.
You’ll notice subtle Japanese influences in his cooking techniques with dishes such as the charcoal grilled harissa baby chicken, wagyu beef pita and bastourma rock n’ rolls.
Walking into the restaurant on launch night we are welcomed by three Lebanese drummers and Amanda and Diala Yazbek dancing out front. The windows on the right feature large jars filled with a variety of vegetables and food including cauliflower and chillis stuffed to the brim. There are two communal tables in the centre of the room and smaller tables by the windows.

We spend the evening drinking pomegranate mojito’s, prosecco and Lebanese beer while sampling dishes including the combination of hummus, Lebanese bread with edamame beans and a drizzle of sweet chilli sauce. Our favourite dish of the night, is a small falafel ball with coriander and hummus. It’s simple yet full of flavour. 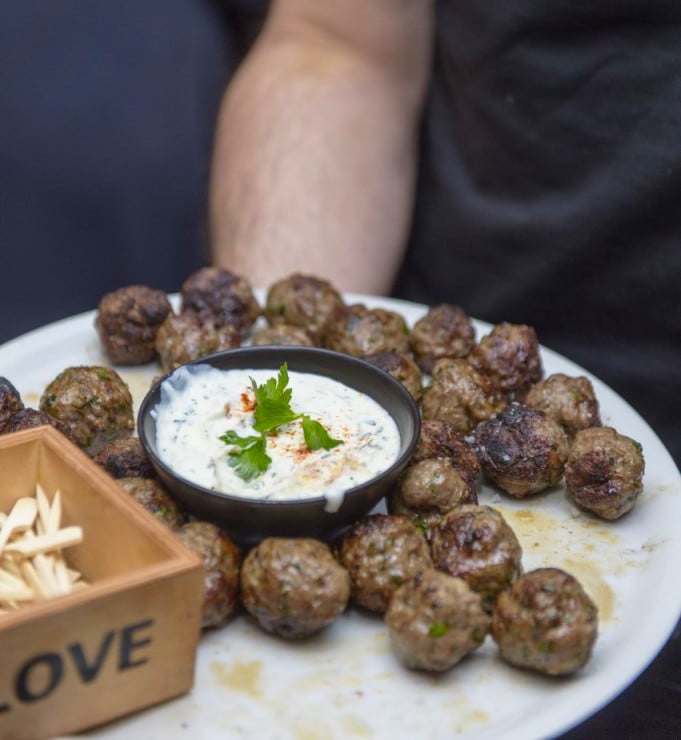 We also taste Lebanese style chicken wings covered in black pepper served with a garlic dipping sauce and shish kebabs of roasted vegetables with pumpkin and mushrooms. Also served on Lebanese bread is a dish of smoked labne with crushed pistachio and pomegranate chilli oil. It’s a slightly sweet tasting dish with a creamy texture and a hidden smokey flavour that rounds out the night perfectly. 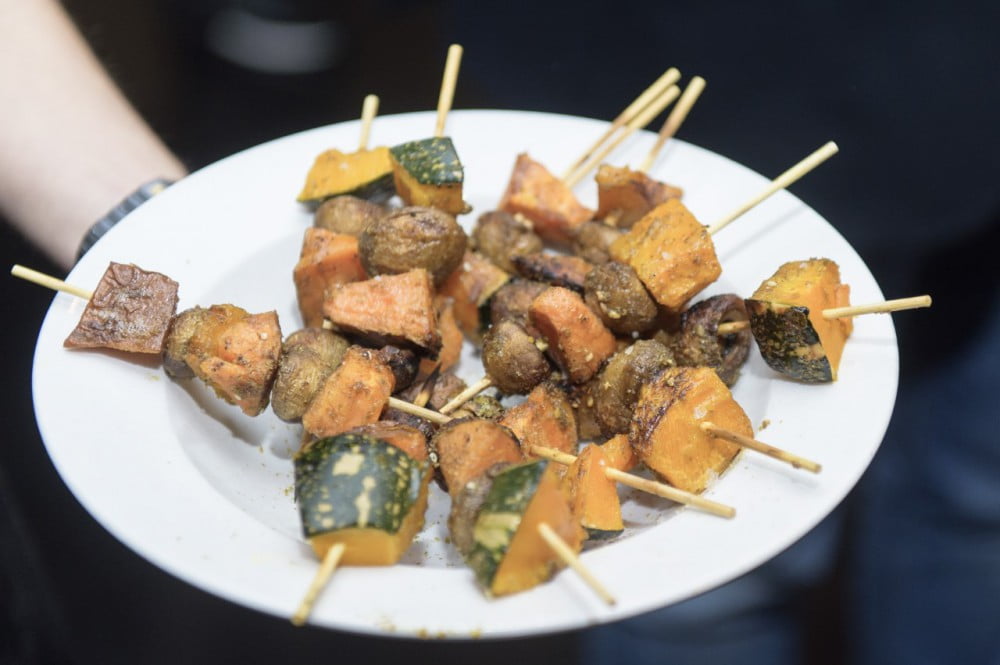