Ever watch a horror movie and think to yourself, ‘I wonder what it’s like to be in that situation?’ Whether it’s an exciting thought or a nervous one, luckily (or unluckily), your imagination has just become reality.

Melbourne’s high concept escape room artists, Rush Escape Game, have launched a new location in Hawthorn earlier this month, and they’re bringing in the big guns with the new Hacksaw room – completely inspired by the twisted film of Saw and strictly only for players over the age of 18 (don’t worry though, you’ll actually make it out alive in this version!).

We can’t give too much away into the world of Hacksaw room but we do know that the set up stays very true to the original films. The entire space was built by hand, so attention to detail is key – down to the dingy toilet/bathroom that starts the franchise, all the way to the dirty concrete and the Jigsaw master himself. Did we also mention you also get the grime, blood, needles and even a realistic dead body to go with the escape room? Yup, this one is definitely not for the feint hearted. 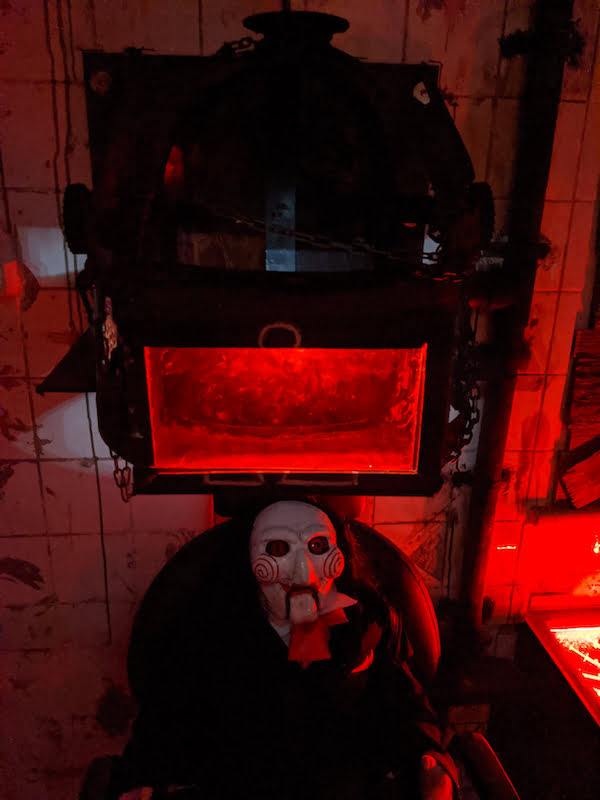 To begin your terrifying experience of escaping from the Jigsaw master, you’ll start Hacksaw chained up against a pipe and will have to solve creatively themed riddles in order to get the key that will lead you out the door. Teamwork makes the dream work in this situation, so a team of four is highly recommend to ensure enough adrenaline is pumping around without it being too overwhelming.

Although this Rush Escape Game’s first room in their new location, they also have another venue in South Yarra that hosts ‘next generation’ escape games. These include rooms inspired by 007 James Bond, Jumanji, and also original concepts like Heroes: End Game and The Last Knight Rises. A Stranger Things inspired room is set to be the second one opening at the Hawthorn venue end of February.

We can’t figure out just yet if this will be the greatest or worst idea for team bonding – but if you’re into traps, killer dolls, and lots of gore, this is right up your alley.

If you prefer something less horror, Urbnsurf will give you the same adrenaline without the scares.