With a long and rich history of Chinese culture in Melbourne, it’s not uncommon to see street corner hugging lines build up for hot pot during dining rush hours. Chinatown’s new kid on the block, Jiyu, is no exception, bringing a Thai twist to the Chinese classic.

Started in Phuket over twenty years ago, JiYu has become an icon of Thai hotpot abroad, and now thanks to EFC Group Australia Director, Roger Fu and his team – the very same folk behind the Gotcha Bubble Tea – Melburnians can get their taste of JiYu without having to hit the skies for a Thai getaway. As soon as you step into JiYu’s luxe space – spread across two light filled storeys – you realise you’ve found an oasis in the city. Designed with deep jewel toned emeralds set against bright white tiles and with plenty of lush greenery, the space evokes the tropical calm of it’s Thai origins, while the modern gold accents and crisp lines are a clear nod to Melbourne-chic. 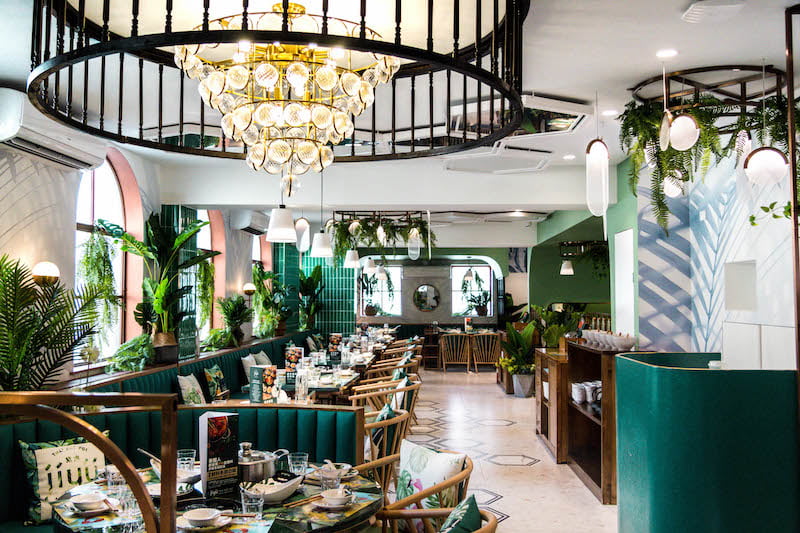 If you’ve never tried hot pot before, you’re missing out. Flavourful broths – simmered for hours for an intense burst of flavour – are served up alongside platters of fresh seafood, various meats, and your choice of veggies to be immersed and cooked away by you, to your liking and tastes as you go. Served communally and left to boil away at your table’s own in-built hot plate, hot pots are perfect for shared dining with friends – especially the picky ones!

While traditional Chinese hotpot leans towards the more fiery of palates, Thai hotpot is much milder, and JiYu offer completely heat free options for the chilli averse. But a lack of heat doesn’t mean a lack of flavour. The team at JiYu have fine tuned their broths to really pack a flavourful punch, with lemongrass and coriander providing a freshness while coconut milk and hours long simmered meats and seafood give the broths a rich and complex heartiness. 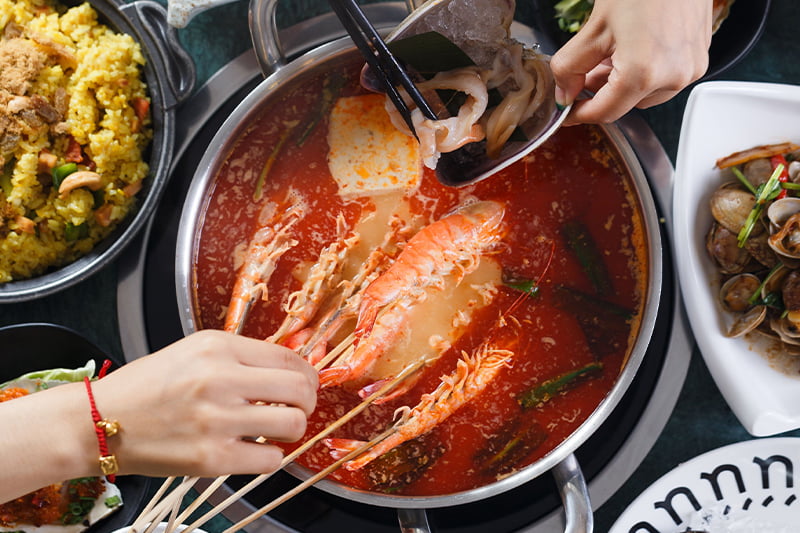 While hotpot is definitely the star of the show at JiYu, lunchtime sees individual bowls of soup served up as well as plenty of little bits and pieces for grazing and sharing. You’ll also find plenty of luscious cocktails and Asian-inspired drinks to wash down your dishes.

When we visited, we tried out the two flavour hotpot – a divided pot that simmers two different broths simultaneously. We chose JiYu’s signature Tom Yum Soup and the Thai coconut soup – we loved them both, but the signature Tom Yum was the winner! The options to add into your soups are endless – think beautifully fresh prawns, scallops, fish, thinly sliced beef tongue, pork balls, fresh veggies, and more types of mushrooms than you can poke a stick at – you name it, they’ve got it!

If all this has got your mouth watering, then head into JiYu for a delicious and endlessly customisable hotpot!