Since its launch in 2011, H2Coco has become one of Australia’s leading suppliers of coconut waters and coconutoil. From humble beginnings in Bondi Beach to now having presence in more than 4000 retailers this health conscious company has has just laid down a challenge.

This February, H2Coco are asking Australians to join the H2Coco Organic Virgin Coconut Oil pledge to use it every day throughout the month.

For those less into their cooking and more into beauty, apparently you can use coconut oil as a lip balm, leave-in conditioner, eye cream, body moisturiser and make-up remover.

To get involved, purchase a jar of H2Coco Organic Virgin Coconut Oil from Chemist Warehouse and other leading retailers or online from www.h2coconut.com. Tag yourself in to @h2coco on Instagram and use the hashtag #h2cocopledge.

For the muesli, place the coconut oil, honey and 1 teaspoon of cinnamon into a saucepan and over a medium to low heat. Heat the mixture and stir with a whisk for 3 minutes, until all the ingredients are combined. Divide the oats into two oven trays lined with baking paper and pour over the coconut mixture. Stir through the mix so the each oat is covered in the oil.

While the oats are toasting, prepare the compote by adding all the ingredients together in a small saucepan. Place the saucepan on the stove over a medium to low heat and cook the mixture down for 10 minutes, or until it has reduced to your desired consistency. Leave the mixture to cool before serving.

Serve the muesli with yoghurt, the compote and fresh fruit. 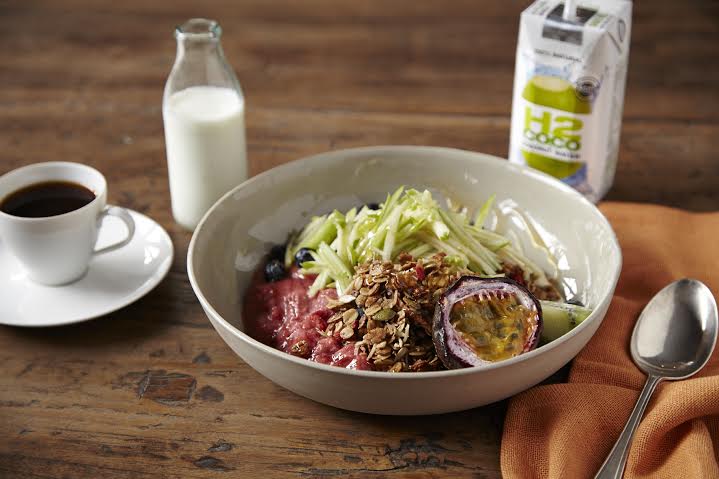