At the office this week, you probably heard a few new phrases being casually dropped like “I’ve got hot sauce in my bag, swag”, and an increase of people saying “slay.” That would be because of the new Beyoncé video that dropped over the weekend.

And if you have managed to hold off watching Beyoncé’s new video “Formation,” until now, don’t wait any longer.

As she has in the past, Beyoncé released her single over her YouTube channel on Saturday 6th of Feburary, as she had for her 2014 visual album and video for 7/11 (that also killed it over social media.)

As per usual, the video is simply dripping with coolness and “swag.” But it’s the powerful message that has everybody talking. The whole video is basically a massive middle finger to all the haters, and a loud comment against the racism ripping through America with Ferguson and #BlackLivesMatter movement. 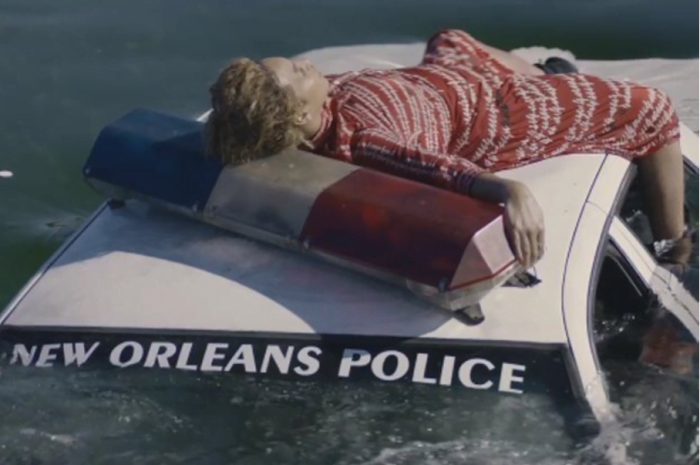 In a way that only Beyoncé can, she uses her powerful platform to speak out against the injustices still experienced by African Americans. She lounges on a New Orleans police car surrounded by flood water, creating some post-Hurricane Katrina imagery. She references Ferguson, the town where a young African American boy was shot by police in 2014 sparking riots and the #BlackLivesMatter movement. In the clip a little boy in a hoodie stands in front of a line of police men in riot gear, before the camera pans over a wall covered in graffiti saying “Stop shooting us.”

So, if you haven’t already, “ladies, get in formation” and watch her slay.

If you can’t get enough, watch the dance-off between Beyoncé and her Black Panthers against Bruno Mars at Superbowl 50.