A Whisky Guide For Beginner’s

Our Whisky guide is all you need to know about the famous dark spirit.

Whisky is a delightful drink but can be complicated for beginner’s. Our Whisky guide is all you need to know about the famous dark spirit. Over the past couple of years, a quiet and unlikely revolution has been at play behind the scenes of Sydney’s nightlife and drinks culture. Despite the grim forecast of live venue after live venue closing down, and the imposition of the lockout laws, whisky has seen a meteoric renaissance, buoying our now much loved small bar scene. With so many individual types, let alone brands, to nip, sip and imbibe, it can be a little daunting for a novice to know where to begin with the dark spirit. We hope our Beginner’s Whisky Guide will help lead the way in search of the perfect dram. 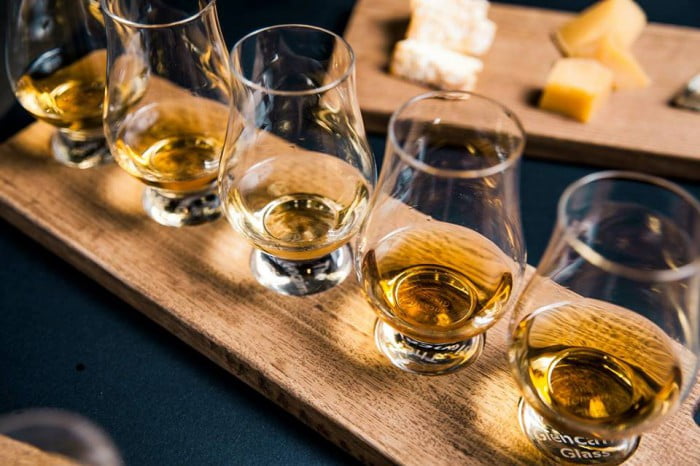 It is well recognised that the word ‘whisky’ comes from the Gaelic ‘uisge beatha’ or ‘usquebaugh’, meaning ‘water of life’. This term, itself, was probably derived from ‘aqua vitae’, the Medieval Latin expression that has long been applied to alcohol.

At its very simplest, whisky is a distillate made from a mash of fermented grains, including malt and barley. It is a drink that has been distilled for hundreds of years, with Gaelic whisky first being recorded in Ireland in the Annals of Clonmacnoise in 1405. Its scope has since expanded and is now produced across the globe. The top four heavy hitters being Scotland, America, Japan, and Ireland. 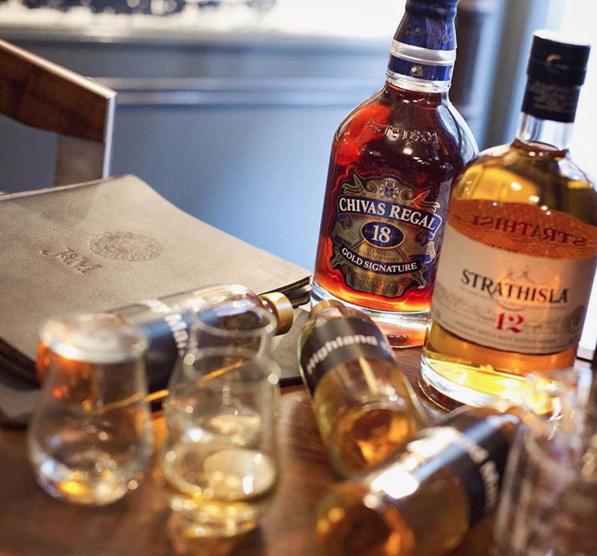 J&M, image by The Whisky Ledger

Whisky is most commonly described as single malt or blended. As the name suggests, single malt whisky is produced primarily from malted barley and by a single distillery. Blended whisky, like the popular Johnnie Walker, on the other hand, is made from a combination of single malt whiskies from various distilleries.

People often talk about the age of whisky. This refers to how long it was stored in a wooden cask. During this time the whisky changes its chemical makeup and taste. The dark spirit is then introduced to a series of six processes, namely extraction, evaporation, oxidation, filtration, concentration, and colouration, which turns it into whisky as we know it. The distinctive smoky flavour found in various types of whisky, especially Scotch, is also largely due to the use of peat smoke in the treatment of malt grain. 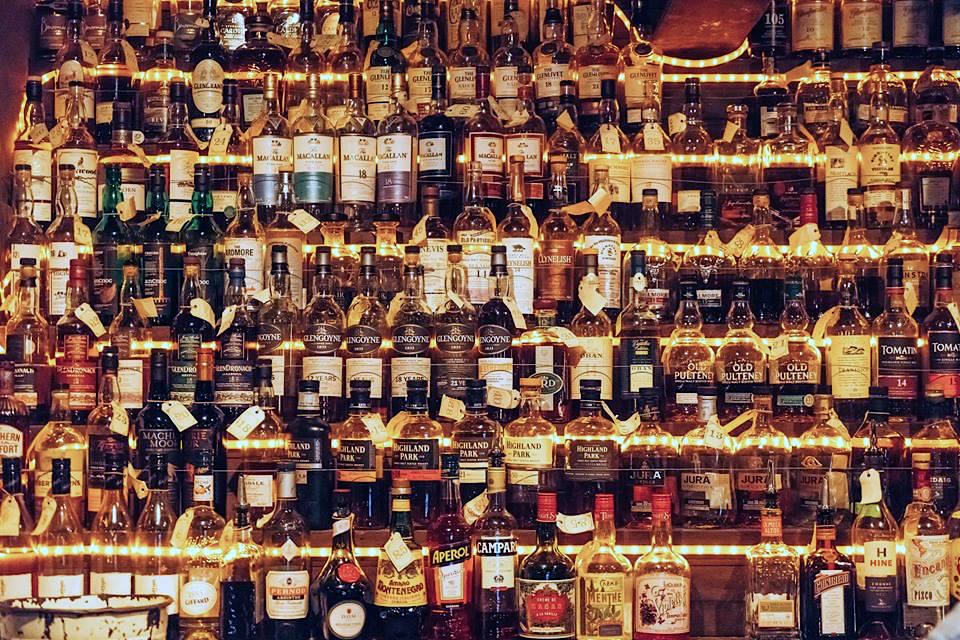 Sharp-eyed whisky novices will most certainly have noticed that both ‘whisky’ and ‘whiskey’ are words swilled around a lot. While initially this might seem confusing, the spelling usually differs depending on the distinct origins of the dark spirit. As such, ‘whisky’ generally identifies Scotch, that is whisky produced entirely in Scotland, or Scotch-inspired liquors, which includes the output of Japan, Canada and Australia. While ‘whiskey’ typically refers to Irish and American liquors.

In addition to all of this, within these broad categories, there are also plenty of subcategories of spirits. These include Scotch, Irish, Tennessee, bourbon, rye, and Canadian-style whiskies. The production of each of these types of whisky or whiskey is heavily regulated by the government of the spirit’s country of origin. For example, Scotch whisky must be aged in oak barrels in Scotland for at least three years. In addition, it must have a minimum alcoholic strength of 40% ABV and no added substances (apart from water and caramel colouring). In comparison, American whisky tends to be sweeter than other whiskies and is aged usually for about two years. Furthermore, bourbon is a type of American whisky distilled from at least 51% corn, Tennessee is bourbon produced in the Southeastern state of Tennessee (the most famous being Jack Daniel’s), and rye is distilled from at least 51% rye. Evidently, Scotch whisky is different to Irish, which is different to Canadian, which is again different to the American-style whiskeys. Are you still with us? 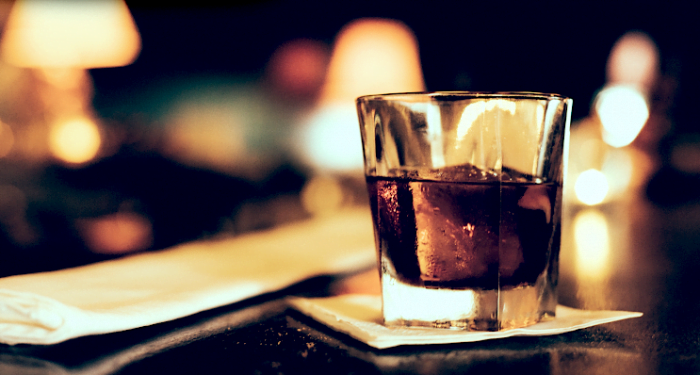 Developing an appreciation for whisky is a personal experience, one that you must take your time with, and most importantly have fun with. Drink leisurely and savour it! A wonderful and social way of being introduced to the dark spirit is to grab your significant other or a group of friends and head to a tasting night. Dram Club is a great place to start. For only $35 +BF, they offer five samples as well as nibbles. For a more formal bash, celebrate the rare and remarkable with the Scotch Malt Whisky Society. Also keep in mind World of Whisky and The Oak Barrel, more information below.

Most importantly, however, is figuring out how you like to drink and savour it. It’s pure fallacy that whisky must be had ‘neat’. ‘Cutting’ it with a splash of water lowers the ABV of your beverage, and as such lessens the punch of the alcohol. It also opens up new and subtle flavours. A cube of ice chills the whisky while slowly releasing water. However while many find this refreshing, others may find the rapid drop in temperature inhibiting to a spirit’s unique flavours so makes the whisky a little flat and dull.

Another enjoyable, and perhaps controversial, way of drinking whisky is to use it in a cocktail. Whisky purists would most certainly decry this as heresy, but you shouldn’t shy away from or be embarrassed about adding different flavours to the mix. In America, punters even enjoy a whiskey chase (shot) with a glass of beer. 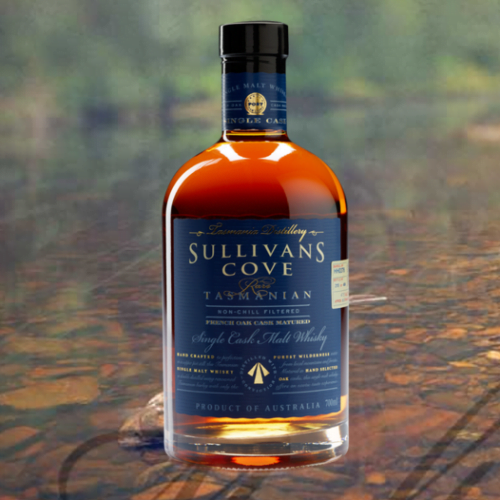 Recent years has seen distillation spread to Australia. Local producers generally have small operations, and use new and experimental techniques in the production and maturation processes.

Tasmania, in particular, has developed a significant reputation for producing quality whisky. But it hasn’t always been so. Whisky distillation was prevalent in colonial times, but by 1838 there were serious concerns about the amount of grain being turned into alcohol and not food, and so Governor John Franklin banned it. It was another 150 years before this ban was lifted. Indeed, the malt whisky craft was revived thanks to Bill Lark, entrepreneur and founder of Lark Distillery, successfully challenged local authorities.

Tasmanian whisky is now considered some of the best in the world. Indeed in 2014, Sullivans Cove French Oak cask HH525 was voted the World’s Best Single Malt Whisky at the World Whisky Awards. This was the first time that a whisky from outside Scotland or Japan had been awarded top honours.

Sydney has its very own inner-city whisky distillery. Based in Rosebery, Archie Rose Distilling Co. produces gin, vodka, and white, or un-aged, rye whisky. At 40% ABV, the dark spirit is twice distilled and made from a malted rye and barley. It has a subtle smokiness, and the hints of cinnamon and nutmeg provide a slightly spicy finish on the palate. Archie Rose also offers a range of tailored spirits that allows punters to craft your own gin, vodka or whisky from scratch. From base grain and malt, cask type and cask size to smoke level and bottling strength, the specifications are yours to select. 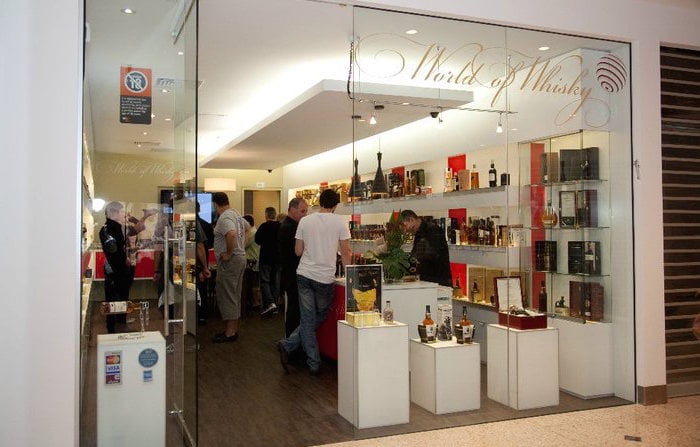 World of Whisky is a specialist store in Double Bay . On its shelves are a range of over 400 different expressions from all regions of Scotland, Ireland, Wales, Australia, New Zealand, Taiwan, USA, Canada, India and Japan. Most are single malts, but there is also a selection of blends, grain whisky, bourbons and rye. Clearly, a one stop shop for well versed connoisseurs, keen enthusiasts, and budding devotees. They also host various whisky tasting and experiences throughout the year.

Having been founded in 1956, The Oak Barrel is one of Sydney’s oldest bottle shops. It has fine selection of wine, craft beer and spirits with whisky at its heart. The store also places a strong emphasis on education and appreciation, frequently hosting whisky tastings and master classes. 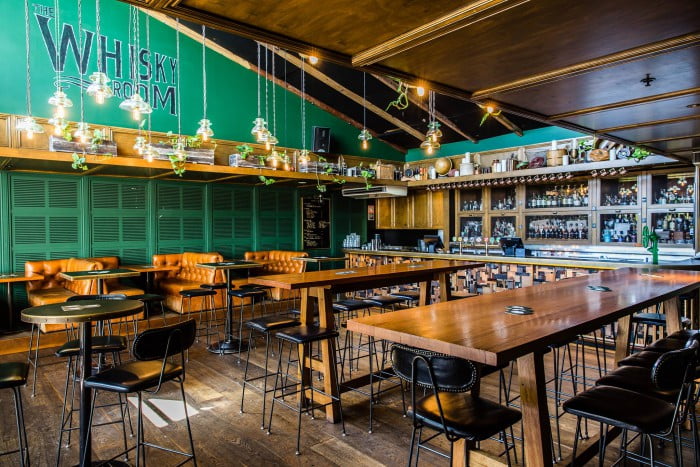 Walking into The Hazy Rose is a little like stepping back in time. The 1940s imbues this Darlinghurst terrace small bar. With over 40 whiskies, this cosy venue is a must visit for the clued in tippler. Make sure to try their Whisky Sour. Made with your choice of whisky, it is one of the best around town.

The award-winning Eau De Vie doesn’t just love whisky, it lives it. Every Wednesday, there’s 20% off all whiskies. That’s right, all whisky, including their rare and hard-to-find malts and blends. For the serious epicures, they also offer membership to their Whisky Club. It is $75 to join, after which the above discount is standard. Also, once affiliates have had a nip of all 40 whiskies in the Whisky Club Book, they graduate to Malt Master and receive an even bigger discount.

Past a pair of saloon doors, and nestled at back of the Surry Hills pub mammoth The Clock Hotel is The Whisky Room. It is a great place to begin (and continue) your whisky education. The service is always excellent, with the bar staff and magic makers always happy to run through their drinks list which boasts 100 whiskies from all around the world.

Behind Oxford Street and a short scoot down an alleyway is the cowboy-themed Shady Pines Saloon. Amongst the bowls of peanuts, mounted fish heads, and taxidermy buffalo and deer is an excellent selection of American whisky and bourbon. You’ll be wanting to sing ‘Home on the Range’ in no time.

Compact and cosy, and charmingly filled with old Singer sewing machines, Stitch Bar is a must for Scotch. This underground speakeasy has over 7o blends and single malts from Speyside, the Lowlands, the Highlands, Islay, and Campbeltown behind the bar. It is also Sydney’s official Ardbeg ambassador so there are plenty of beverages for the smokey-peat pundit.

J&M may be one of the youngest members in the Merivale family, yet it has quite the nostalgic soul. From the rich green velvets to the sleek brown leathers and copper accents, there are many clues in the bar’s decor to the company’s origins as a fashion house. The sumptuous speakeasy celebrates the ’60s and ’70s, while serving up a unique drinks list of Chivas 18, Speyside malt, luxury blended, and Irish grain whiskies.

No guide to whisky is complete without mentioning The Baxter Inn. There is a reason why there’s a permanent line outside this back-alley, CBD den. It keeps going from strength to strength, having most recently being named 7th best bar in the world, and Australia’s best. With over 500 whiskies, let the prohibition-era-type good times roll!

Pair a speciality Japanese whisky with delicious grilled, skewered yakitori fare at Tokyo Bird. There is attention to detail that is quite superb, take for instance their ice water, it’s filtered and purified with Japanese charcoal. Yamazaki, Hakushu, Hibiki, Chita and Suntory Kakubin all make an appearance.