Sydney sure knows how to throw a party. With the dust barely settling after the New Year’s Eve fireworks, it’s time to get pumped all over again. This time it’s for the 40th annual Sydney Festival!
Check out the events we’re most excited about from cabaret to theatre, music, art, dance and more.

Mexrissey
Morrissey is big in Mexico. Who knew? Indeed at first glance the “silent and grey” world of Moz doesn’t immediately scream the colour and energy that’s associated with the country of Pancho Villa, Frida Kahlo and Cesar Millan. Enter Mexrissery, a glorious seven-piece band who interpret Morrissey’s oeuvre entirely in Spanish, via vibrant Latin rhythms of ranchera, mariachi, danzón, mambo, norteño and cha cha cha with arrangements by Calexico’s Sergio Mendoza. Even the morose man himself will surely crack a smile for this one!

Woyzeck
Gravel-voiced crooner and whisky enthusiast Tom Waits, music collaborator Kathleen Brennan and acclaimed theatre director Robert Wilson have teamed up to re-imagine  Woyzeck, Georg Büchner’s raw and unforgiving 21st century musical. Gone are the earlier German lyrics, and in their wake are Waits’ English take, giving new dimension to this tragic tale about human jealousy. It promises to be both fever dream and social drama, with a lurid performance dealing with madness, obsession and murder.

Cut The Sky
From Broome’s internationally acclaimed dance-theatre company Marrugeku comes Cut The Sky, a mediation on our past, present and future through an Aboriginal lens. A dynamic fusion of dance, song, poetry and breathtaking visuals, it’s not to be missed. Edwin Lee Mulligan, Eric Avery, Buffalo Springfield, Nick Cave and soul singer Ngaiire provide the heartfelt poetry and music.

Anima Eterna Brugge Beethoven’s Symphonies
For the first time in Australia, orchestra Anima Eterna Brugge is delivering Beethoven’s monumental symphonies the way they were meant to be heard. The symphonic marathon takes place over four nights, complete with period instruments. It’s set to be a truly transcendent concert experience.

The Rabbits
The John Marsden and Shaun Tan book The Rabbits comes alive in this Helpmann Award-winning opera for children and the young at heart. It tells a deeply moving story of hope amidst colonisation, inviting audiences to question modern society and our role in it’s future. If that doesn’t impress, the exquisite Kate Miller-Hiedke score and performance will, along with the lavish sets and kooky costumes.

Future Sounds of Mzansi: Black Coffee with Okmalumkoolkat
The vibrant notes of South Africa’s electronic music scene comes to Sydney with Future Sounds of Mzansi for one massive night. Opening the show is the very talent Jo’burg rapper, DJ and producer Okmalumkoolkat and inventor of Zulu science fiction rap. After his set, Superstar DJ Black Coffee will take to the stage with his take on house that’s heavy on thick grooves and cool, clattering beats. 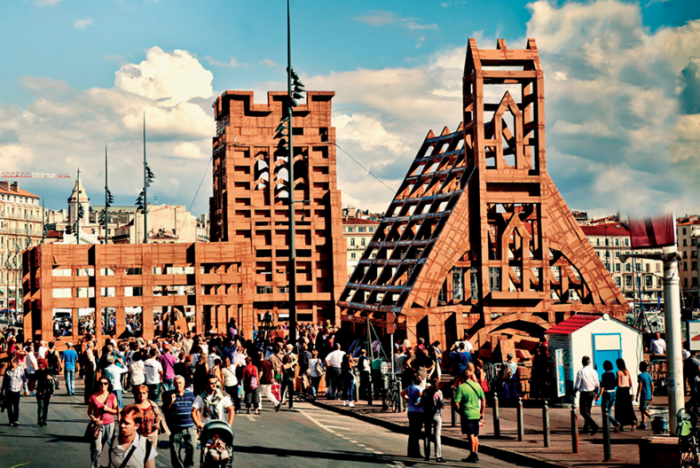 The Ephemeral City
The Cutaway at Barangaroo will house one of the largest community participation events present in Sydney Festival’s 40-year history, with Oliver Grossetête’s fantastically epic The Ephemeral City. People of all ages are invited to use cardboard boxes and tape to construct a temporary city before witnessing it thrilling demolition on Australia Day.

FBi SMACs
Celebrate Sydney and join the city’s favourite independent broadcaster FBi Radio for an all-day celebration of local music, art and culture. It’s set to be a killer day with an all-Sydney line up of past and present nominees of FBi’s Sydney Music Art and Culture (SMAC) Awards.

The Flaming Lips
The stage is set for psychedelic pop numbers and lush rock anthems. As part of Sydney Festival’s Summer Sounds lineup, Oklahoma’s The Flaming Lips are headlining a free gig in The Domain. Yes, that’s right free, and it’s open to everyone!