Strike King Street Wharf is anything but your average bowling alley, complete with a huge robot bartender, new Escape Rooms plus a Japanese-inspired fit-out.

The bowling alley holds a special place in our hearts. It was the destination for every great childhood birthday party. A place of neon lights, arcade games and hot dogs galore. And now, we’ve found just the venue to let you relive the nostalgia of your childhood bowling alley years. 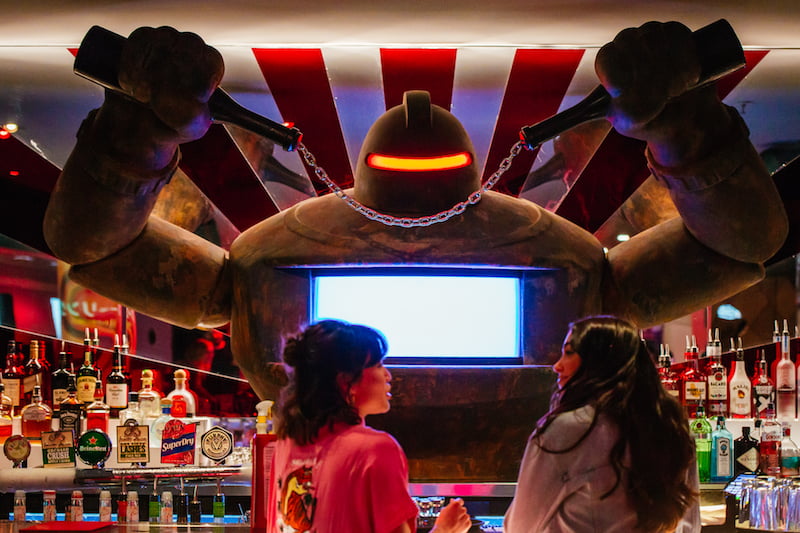 Designed in partnership with underground Aussie illustrators Daniel Sun, Thu Nguyet Tran and Taieri Christopherson, this quirky reno comes just as Strike King Street Wharf celebrates its 12th birthday. The venue has been completely transformed, with pulsing lights, mirrors and a huge robot ‘bartender’ pouring drinks from his oversized missiles behind the bar, along with Tokyo subway-style booth seating dotted throughout the space.

With 10 bowling lanes on offer, you’re bound to work up an appetite. Luckily, the team here has you covered. Burgers have arrived on the Strike menu (for the first time ever) with flavours that cater to all. There’s the Easy Cheesy (featuring a juicy beef patty, bacon, pickles, lettuce and tomato, drizzled with aioli and gooey cheddar cheese on a charcoal bun). Plus, vegans can get their fix too with a gluten-free and dairy-free Yass Green! burger (made with a garden patty toppy with coleslaw, vegan cheddar and tomato relish packed into a vegan brioche bun and served with a giant pickle and tater tots). 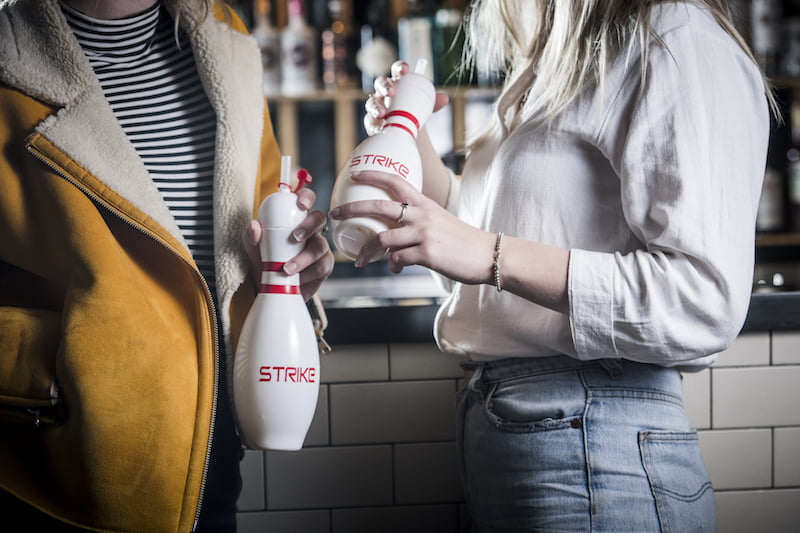 Whether you’re looking for an out-of-the-box date night or are planning your end of year Christmas Party, Strike King Street Wharf is undeniably the place to head for a roaring good time.

Strike King Street Wharf is now open 7 days a week in Darling Harbour. To find out more and to book your lane, click here.