Here’s a little fact for you. Staves Brewery is named after the individual strip of wood that forms the side of a beer barrel. Now, you know you’re in a place that takes its beer consumption pretty seriously when the owner knows what the side of a beer barrel is called!
Located just down from the Broadway shopping centre, Staves Brewery has found its home in an old metal-sheet factory. The grungy, industrial facade remains, with polished concrete walls and exposed light-bulb fittings inside. Patrons can take a seat at the bar or at one of the many wine-barrel-booths. And much to our surprise, they also have a spacious beer garden on site.
Owned by long-time beer enthusiast Steve Drissell, Staves Brewery is dedicated to craft brewing on a small scale. They support the local craft brewing community with a selection of constantly rotating craft beers, usually from NSW but also sourced from across Australia and around the world.
When we visited this hide-away destination on a quiet Sunday evening, we drank our way through a ‘stave’ of five ‘Ponys’ (140ml). We got a taste for a selection of beers, ranging from a light Ale to a heavier Stout. 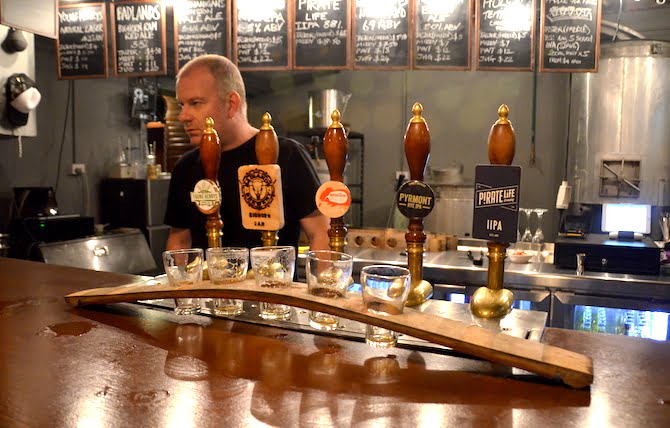 Despite its low-key atmosphere and setting, there are big plans in the works. Staves Brewery will start brewing their own beer in a couple of months. A pizza kitchen is also set to open by summer and the venue has just begun to expand its live music offerings. 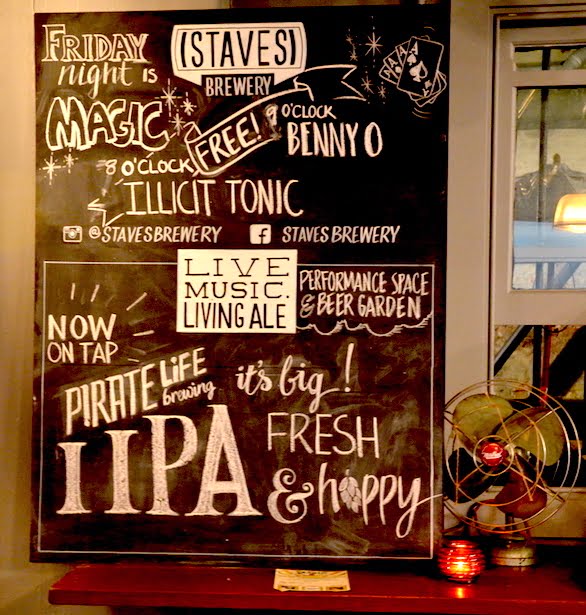 On Friday, June 3rd Staves Brewery is featuring a magic show, complete with cabaret singing and special circus guests. Arrive by 7pm to snag yourself a beer (and a seat!) before the show starts at 8pm.
Staves Brewery
4-8 Grose St, Glebe NSW 2037
(02) 9280 4555
Open Thurs – Sun from 4pm
http://www.stavesbrewery.com/