Have you risen to the Dry July challenge? Or perhaps you’re just wanting some time off the booze? Regardless of your goal, committing to an alcohol-free lifestyle can be tough. Making it even harder are mocktail alternatives, leaving nothing more than the taste of excess sugar and disappointment in our mouths. Thankfully there are a few pioneers out there committed to changing the way the world drinks. One such label is Seedlip, the world’s first distilled non-alcoholic spirit.
On a mission to solve the dilemma of ‘what do drink when you’re not drinking’, Seedlip is sugar free, sweetener free, calorie free, allergen free alternative to sugary syrups and underwhelming soft drinks. The brainchild behind this innovative alternative to regular spirits is UK-based entrepreneur, botany enthusiast and drinks visionary, Ben Branson. 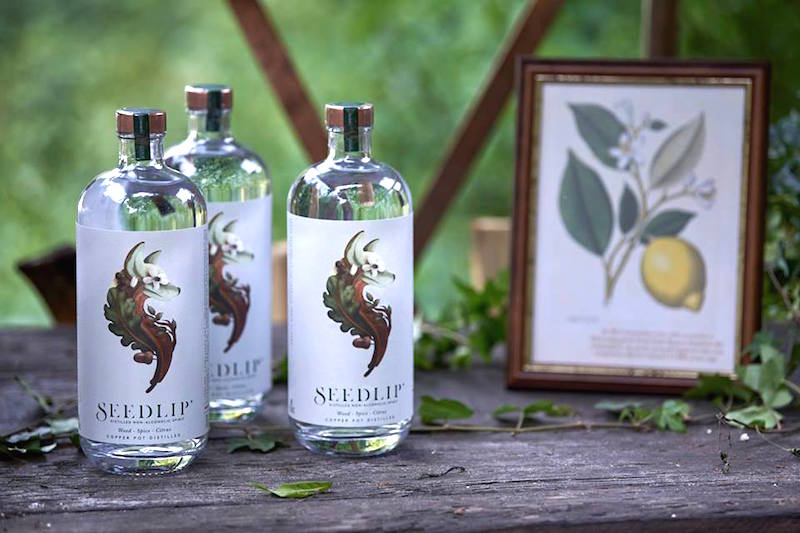 Branson’s inspiration behind Seedlip stems from the 17th century, when his family first began farming and a book named The Art of Distillation was published in London, offering forgotten copper-stilled, non-alcoholic remedies. Branson began experimenting with a still in his kitchen back in 2013. Fast forward two years and his innovative non-alcoholic spirit was launched in luxury store Selfridges. Since then it has been championed by some of the world’s most celebrated Michelin starred chefs and award-winning bartenders including The Fat Duck, The Ledbury, Clove Club, Dandelyan and The American Bar at The Savoy.

“At just 18 months old, we are really excited to formally launch Seedlip into Australia, a key market for the company” says Branson.

Retailing for $49.99/700ml, Seedlip is available in two tantalising varieties: Seedlip Garden 108, described as bright and herbal with six distillates including hand-picked peas from Branson’s family farm in Lincolnshire. In contrast, Seedlip Spice 94 is complex and aromatic, made with six key distillates including Jamaican all spice berries and American Oak.
Best served with tonic, both offer an incredibly sophisticated alternative to your traditional mocktail.
Seedlip is currently only available for purchase in the UK, but it’s estimated to land on Australian shelves just in time for our  2017-18 summer. We’ll (responsibly) cheers to that!