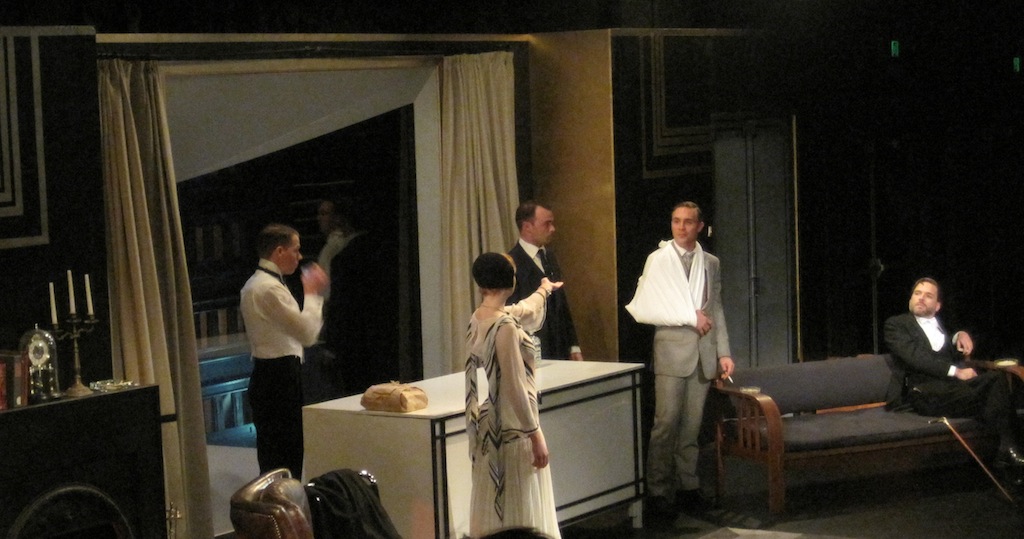 ‘Culture’ in Bondi conjures images of spectacular surf photography (aka Aquabumps), debate over the best soy flat white (Harry’s gets my current vote), and soft sand running comps, Bondi Rescue and Bondi Vet.
Catering for culture buffs looking for entertainment slightly more edgy than the Miss Bondi Pageant at the Beach Rd Hotel, the Tamarama Rock Surfers (TRS) has delivered the Sydney theatre scene to Bondi. Showcasing the best of Australian artists at the iconic Bondi Pavilion Theatre, discerning art-starved residents no longer have to venture out of the ‘bubble’ for a thespian fix.
The opening night of Patrick Hamilton’s Rope was held on Tuesday 7 May. A brilliantly performed psychological thriller, main actors Anthony Gee and Anthony Gooley managed to keep the audience swinging on an tense emotional pendulum ranging from laughter to mesmerised horror as execution and discussion of ‘the perfect murder’ unfolded.
“Patrick Hamilton is the master of the thriller form and Rope is a genre masterpiece. This production is an exercise in cold stylish terror with lethally perverse sexual undertones, says Iain Sinclair, critically acclaimed director of Our Town, Killer Joe, and Lord of the Flies. Stylish, charming and with the audacious beauty of youth, the pervading evil that lurks beneath the surface of the main protagonists is emphasised with sharp contrast by the innocence of dinner guests Leila Arden (Sarah Snook) and Sir Johnstone Kentley (Bob Baines).
Rope was written in 1929 and later adapted for cinema by the legendary Alfred Hitchcock. The first show to be performed at the revamped 230 seat Bondi Pavilion Theatre, the intimate setting leads the audience feel that they are almost in the Mayfair dining room as the macabre dinner party progresses. Josh Quong Tart delivers an honest portrayal of the cynical, courageous and slightly twisted Rupert Cadell, the crippled war veteran who drives the play to its conclusion.
The Tamarama Rock Surfers is Australia’s leading independent theatre company whose aim is to give emerging talent a leg up while showcasing the best of Australian work. They promise that the line up that you see on a TRS season will be the names that fill the main stages of the best theatres in Sydney, Australia and beyond in years to come.
Experience winter chills of the terror variety, wrap yourself in vintage noir gear and see Rope for some deliciously gripping drama.
Presented by Chester Productions in association with Tamarama Rock Surfers at The Bondi Pavilion Theatre, Rope is showing until 25 June 2011.
Prices: Adult $33, Concession $25, Cheap Tuesday: Adult $21 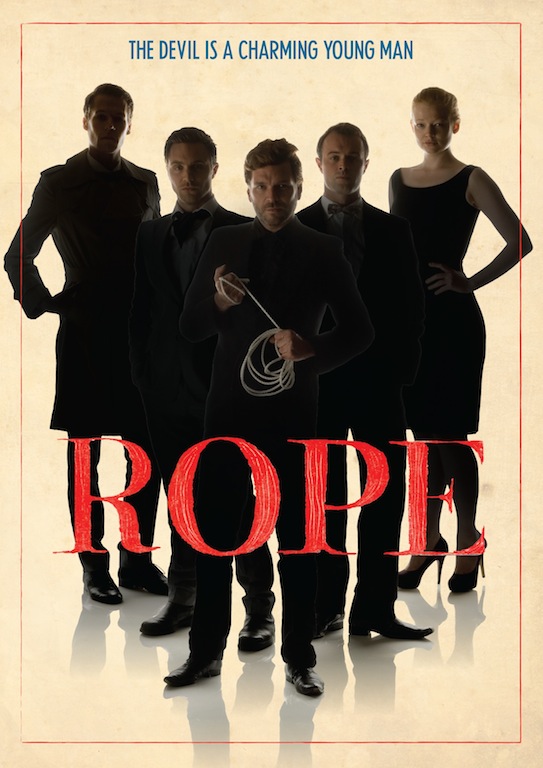