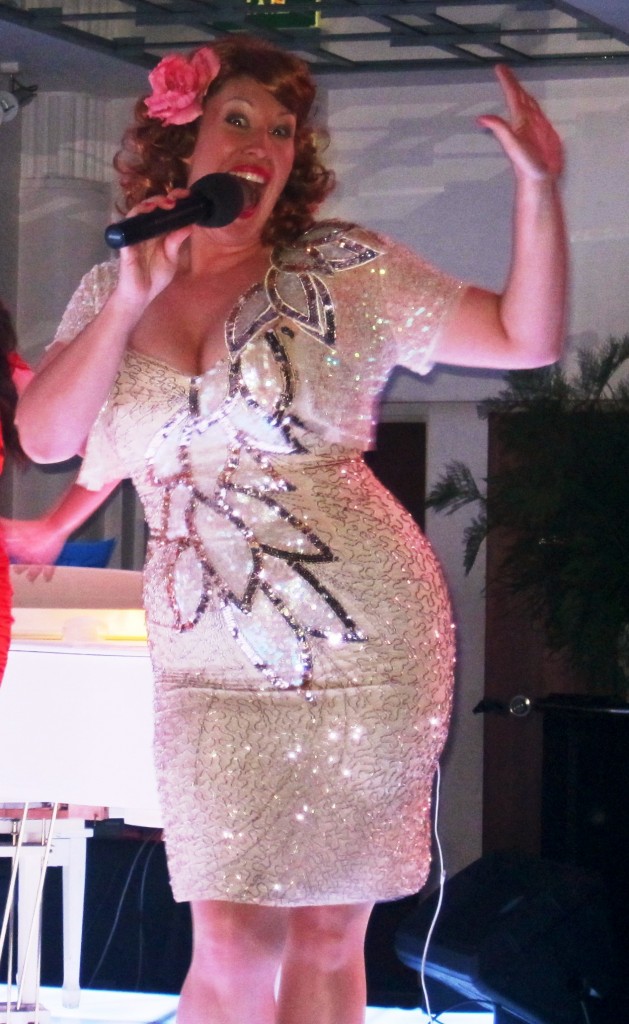 “Layyyyy-dees and germs! We are falling into a vat of vulgarity!” announces the sequin clad femme fatale on stage to an appreciative crowd.  Channeling a sexy version of Bette Midler (think Midler in her younger heyday), Catherine Alcorn delivers the hilarious so-called “vulgarity” between songs that range from bluesy ballads to comedic rock.

At the Sydney opening of The Divine Miss Bette (having sold out to crowds in Melbourne), we rediscover the art of cabaret at Slidein Darlinghurst.  Charismatic performer Catherine Alcorn has created a winning combination with a spectacular voice, addictive stage presence and bawdy banter with the crowd.  Reminiscent of the Palace Theatre in 1970s New York, we sip campari while enjoying a dimly lit two course dinner as a prelude to the show.
The Divine Miss Bette was created by Peter Cox, with musical direction from the talented, long-haired Isaac Hayward.  Inspiring the creation of the show was the majestic voice and Midler-esque personality of Catherine, who was trained by Steve Ostrow.  Ostrow is the man who discovered Bette Midler while she was singing for tips at his Continental Baths, creating musical history by pairing her with Barry Manilow – who happened to be filling in for an AWOL pianist.
Playful backup singers, The Harlettes (Lauren Cook and Christina Paterno) are a delight to watch.  Cute as buttons, coy and flirty, Miss Bette advises the crowd that she found them selling their cherries down at the farmers markets – “but don’t worry, I’ve still got the box they came in!”.
Tagging itself as Sydney’s most surprising venue, Slide Bar is a hidden gem that has evolved through multiple identities.  Originally a Commonwealth Bank, it has transformed from a wild gay nightclub to a classy underground cabaret joint complete with chandeliers (albeit dangling with cherubs), a French chef and a large number of mirrors.  Hosting everything from corporate events to mardi gras after parties, hints of all three identities merge to create the sense that anything could happen next.
The vegetarian lasagna recommended for dinner demands its own special mention.  It is a regular staple of an evolving menu that is far more sophisticated than your standard bar/restaurant fare.

Whether you’re planning a hens party, looking to impress a date or kicking off a girls’ night on the town, The Divine Miss Bette is a sensual, fun vat of vulgarity into which all ladies and germs should fall.
The Divine Miss Bette starring Catherine Alcorn returns to Slide for 3 shows only – Thursday 21 July, Friday 12 August and Friday 16 September.  Pre-purchase your tix here before they sell out. 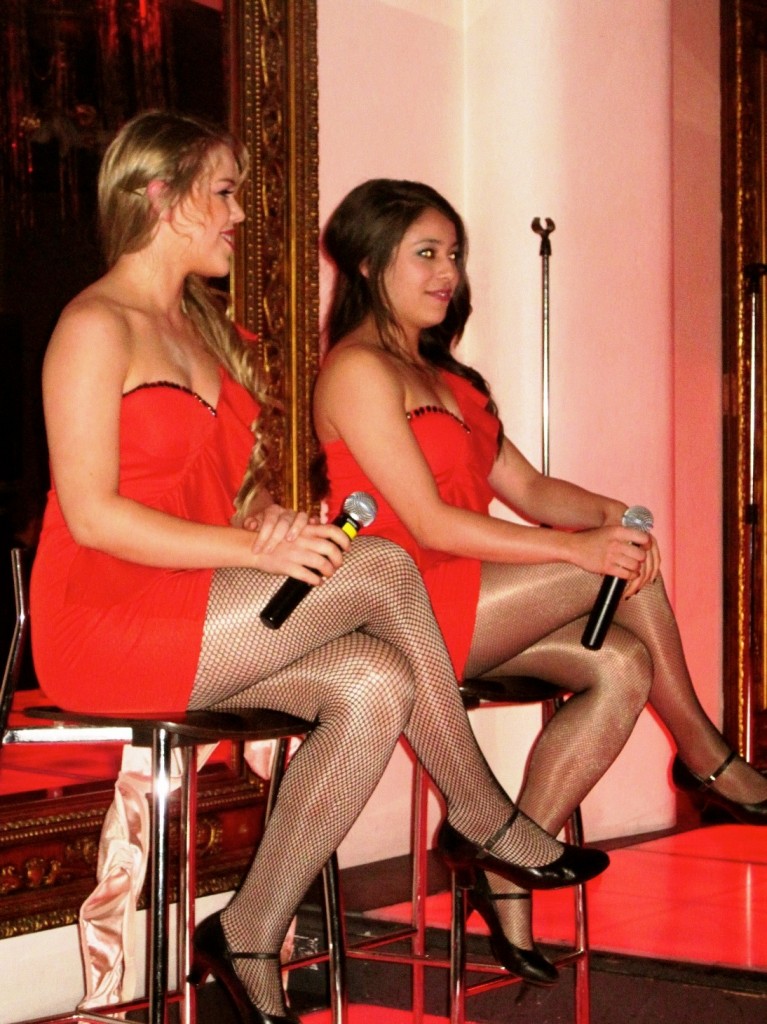 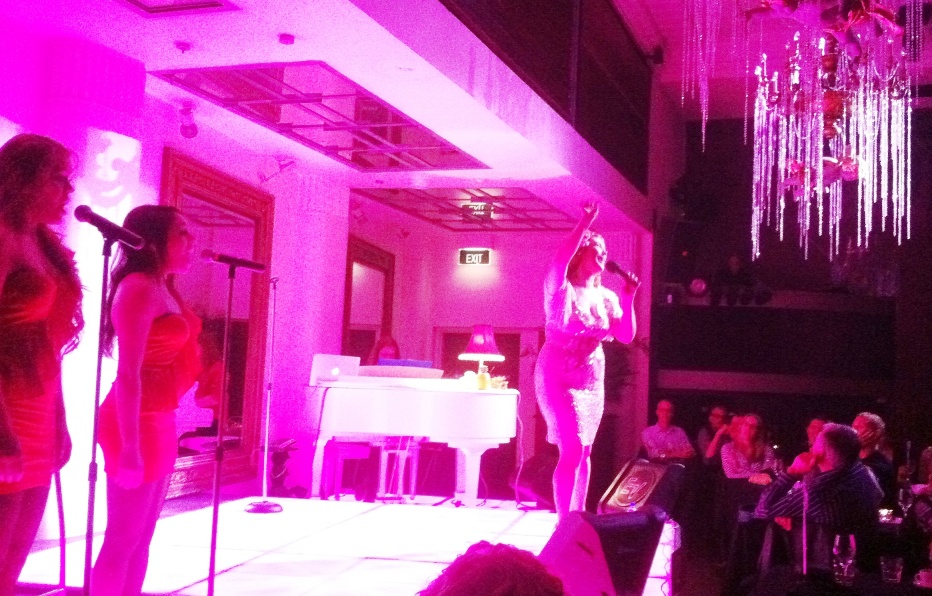 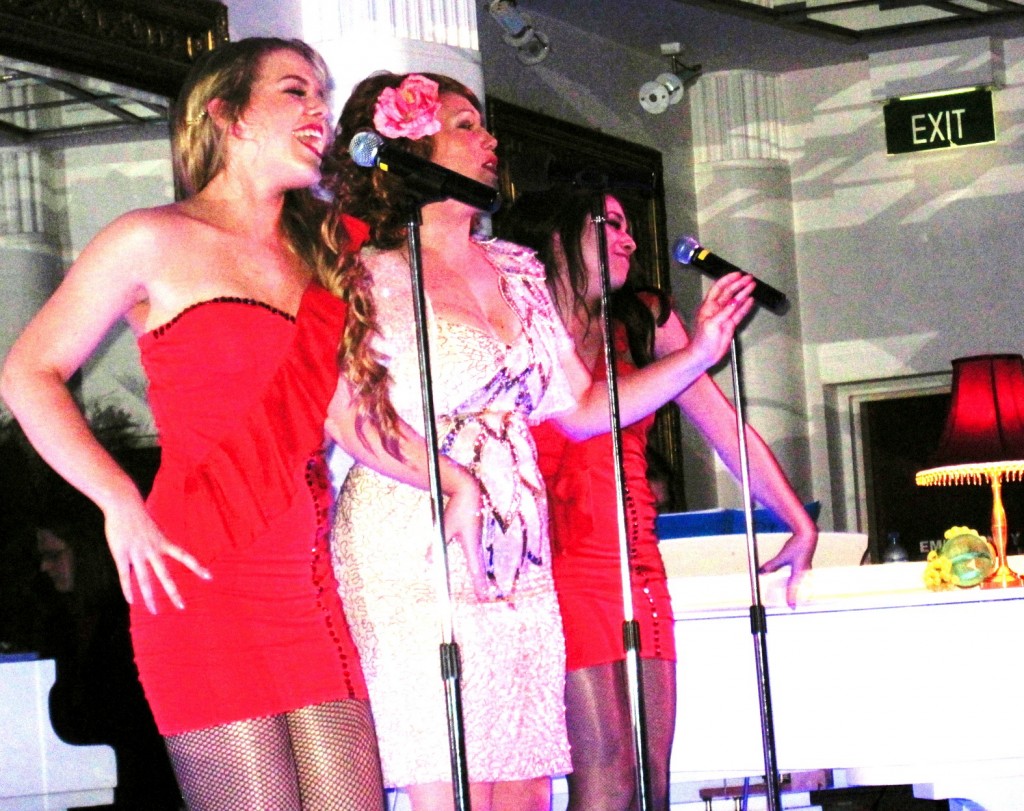