Bringing an authentic take on nose-to-tail dining, the owners of Ortzi are showcasing fresh produce and in-house techniques in a particularly unique way. Chef and co-owner Michael Otto (Sagra) is behind the menu with the support of fellow co-owner and chef, Edward Saxton (Sagra, Rockpool Bar & Grill). 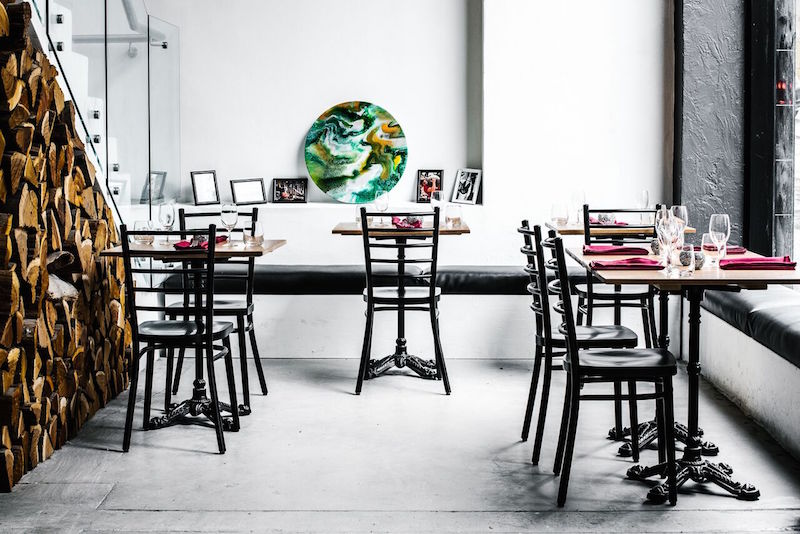 Basque cuisine is more than just European classics; it combines old world cooking with some modern touches from the surrounding regions. “We’re fostering a creative environment for the chefs to take what is available in front of them in terms of a beast, seafood and vegetables, and create something that not only does the produce justice but is also reflective of the Basque region”, says Otto. The Basque region is along the northeast border of Spain and southern France, an area where the people wish to become their own country, dating back to the 16th century. The food isn’t quite French, nor Spanish, but there are notable commonalities. 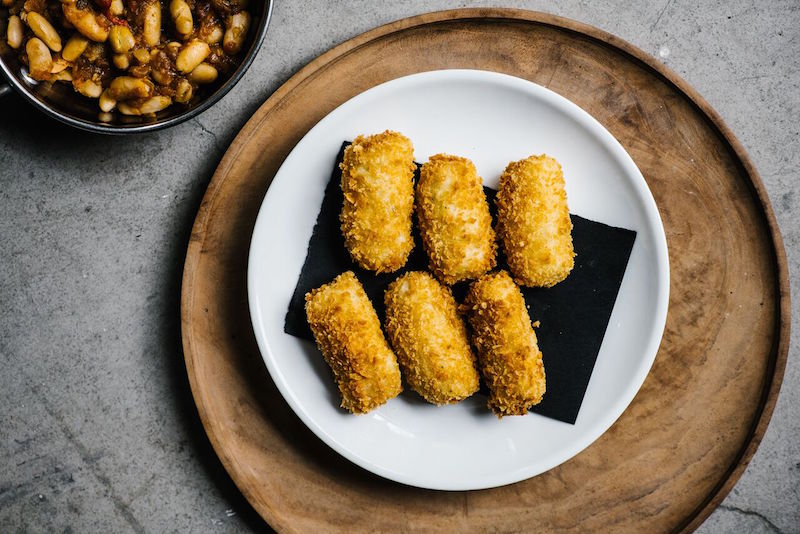 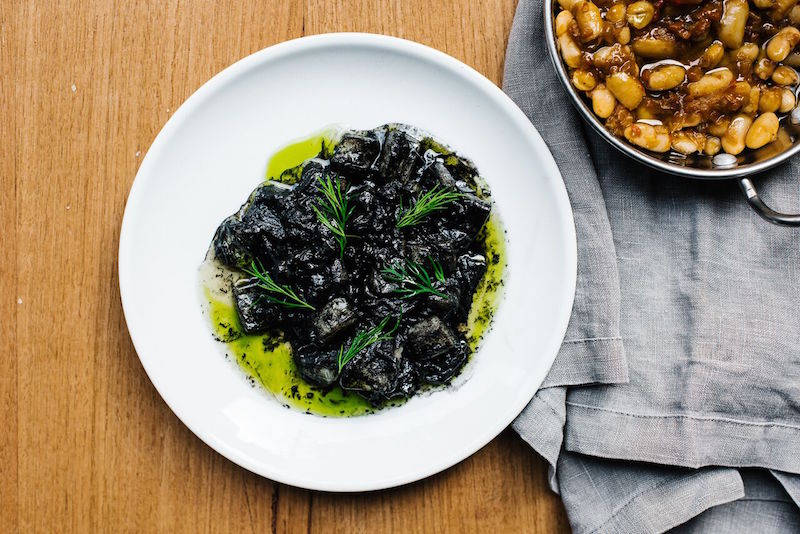 Then traditionally, the menu moves to Raciones (entrees). With a bit of change to the style of cooking where we saw most of the ingredients sing for themselves without too much cooking, you can see more techniques shine. The pumpkin & leek tart tartin with goat’s curd ($23) was perfectly flaky and generously filled. There’s also beef tartare with pine mushrooms ($22) and fried bottle squid with black garlic puree ($21). 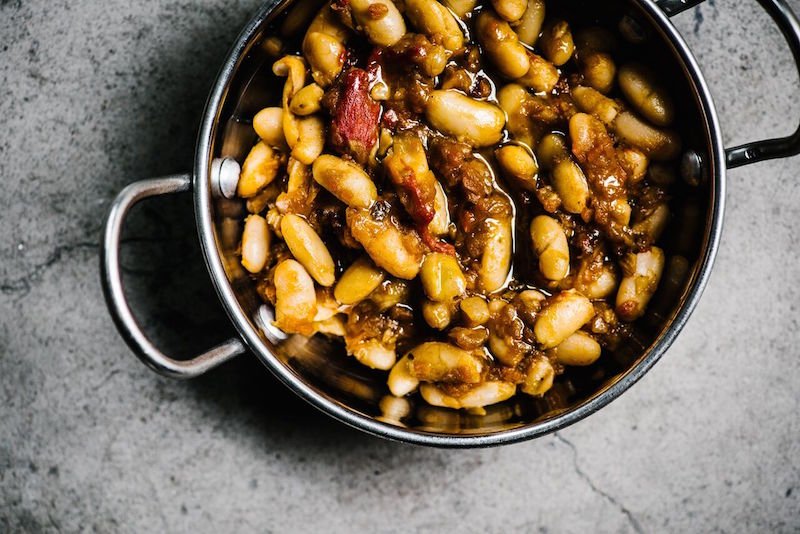 The platos, or mains, are generous and hearty as one would expect. Poulet Basquaise with Tolosa style beans and aioli ($33) is very tasty and a winter warmer. Seen on quite a few Basque dishes, squid ink sauce pops-up on the Mulloway dish served with sugarloaf ($36).
If you have room for dessert (make sure you leave room), you are in luck! The baked cheesecake ($14) and Chocolate mousse ($15) are showstoppers and will stay in your heart for a while. The cheesecake is cooked in the wood fire oven and is soft and creamy, but also encased in delicious thick pastry. The chocolate mousse is decadent, rich and a mouthful, but definitely worth every spoonful.
Drinks, traditional of course, range from Txakoli, a personal favourite, which is highly acidic dry-white wine, almost cider-tasting. There’s also notable Sherry on offer, ranging from a reasonable $13-$17 per glass.
For a trip to Europe without leaving Sydney, Ortzi provides a quaint and delicious alternative that delivers on the Basque-centric theme.
Ortzi
6 Hunt Street, Surry Hills NSW, 02 9211 2414
Open Monday to Saturday: 12pm – 3pm, Monday to Wednesday: 6pm – 10pm, Thursday to Saturday: 6pm – 12pm