If you’ve been loitering around the Barangaroo precinct, or just an avid foodie, you will have heard of NOLA Smokehouse and Bar, which we visited in its earlier days. This homely, yet modernised smokehouse is no friend to Sydney’s growing vegan/vegetarian community, with an extensive meat and seafood based menu. After NOLA’s original menu launch a few months ago, we recently trialled some of their new dishes which are set to be quickly released to the public. 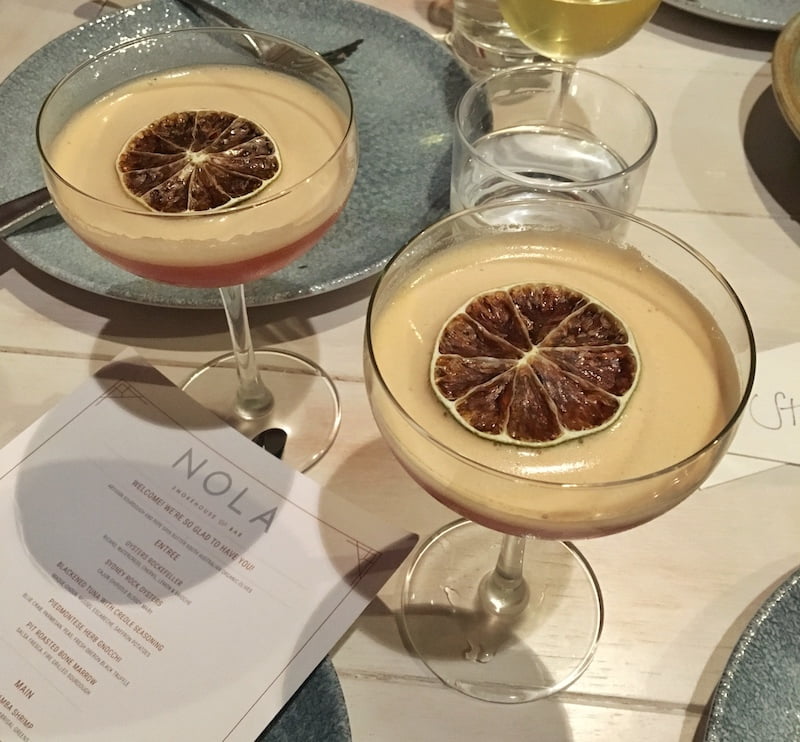 The night began with a cocktail that consumed the table’s conversation for a good 20 minutes. Mixing the greatest culinary flavours, passionfruit and salted caramel, to produce a sweet, yet light and refreshing cocktail to begin the night.
A series of light entrees followed, starting with a range of oysters to an exquisite ‘Piedmontese Herb Gnocchi’ with blue crab, parmesan peas and a standout fresh oberon black truffle. ‘Pit Roasted Bone Marrow’ was another strongly flavoured highlight, served with a light, crispy bread which served as the base for the bone marrow spread. 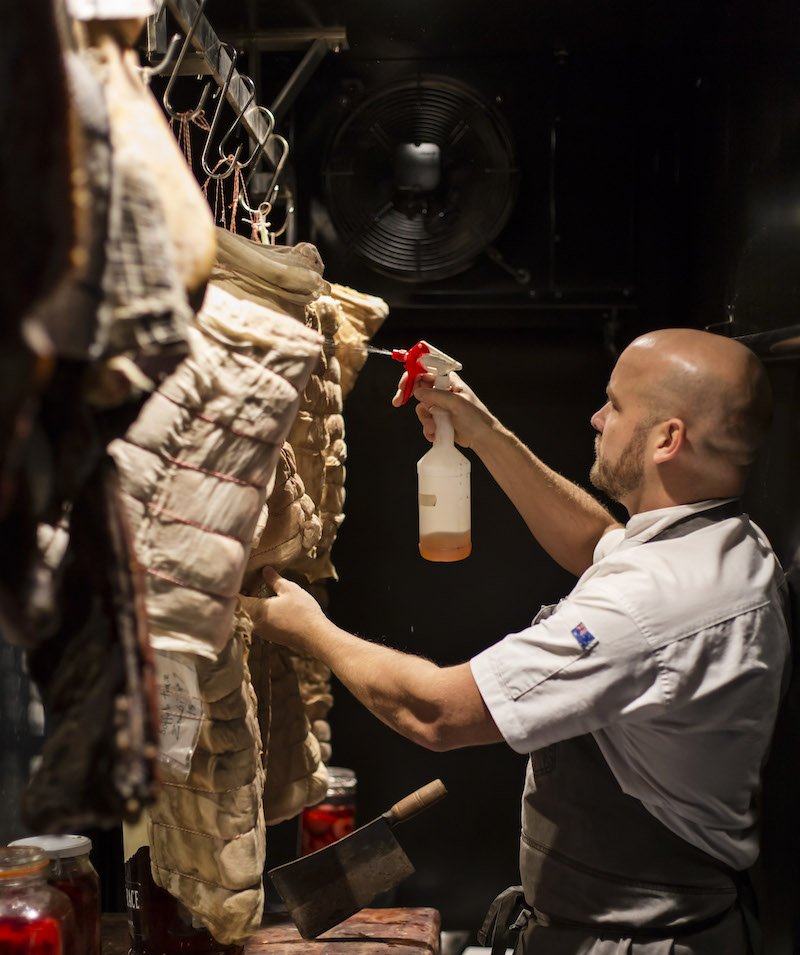 The ‘Zombies’ are NOLA’s newly introduced whiskey-aged steaks. Meats are wrapped in a whisky-soaked muslin cloth, hung, and squirted with a water/whisky mixture daily. They are aged and soaked for 60 days. NOLA’s  head chef describes, “the characteristic differences between a steak that has undergone this treatment and a normal dry cured steak are noticeable in the deep flavour, subtle sweet and smokey notes and it becomes slightly more tender with age.” 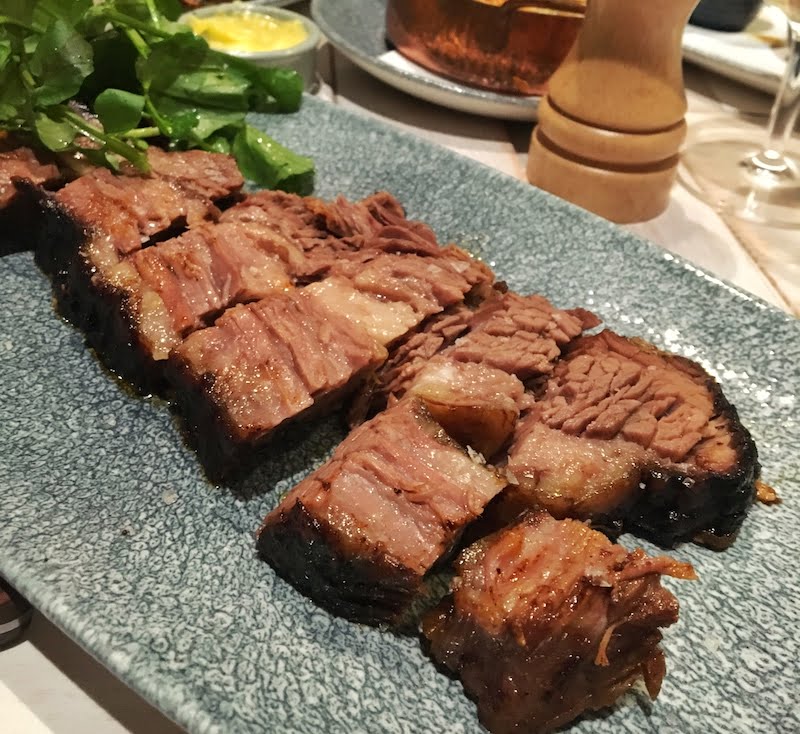 “The whiskey adds a subtle sweetness and slight smoke flavour which is enhanced by our live fuel (coal and pecan wood) cooking. It also allows the meat to mature with less noticeable bacterial growth on the surface and creates ‘two way traffic’ as moisture leaves the meat and Bourbon flavours enter, giving the meat a pronounced and slightly cheesy (in a good way) mature flavour.” he adds.
From a less technical perspective, this steak was melt-in-your-mouth fantastic. The sweet flavour oozed throughout the soft meat, without trumping the beloved smokey taste that makes a steak. 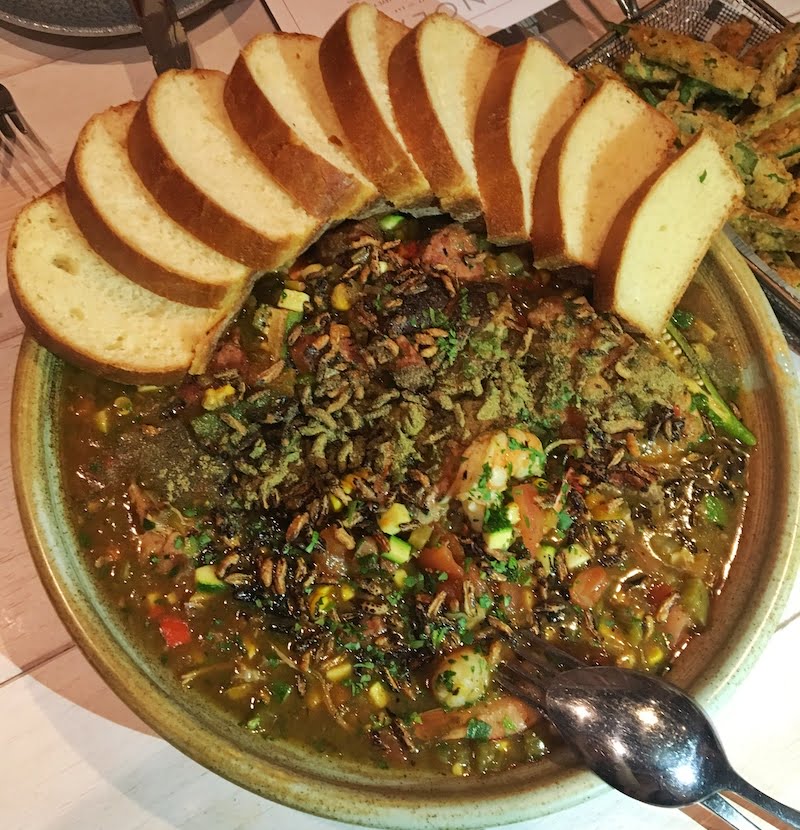 Despite the lack of visual appeal, NOLA has further committed to its culinary mix of French, Spanish, Mexican, South American and North African cuisines, by adding a delicious Gumbo to the menu. Andouille sausage, shrimp, smoked pork, puffed wild rice and fresh bread are infused on a big share plate to be scooped, picked, dipped and scoffed.
Although their specialties lie in the smokehouse, NOLA have some outstanding desserts that may have stolen the limelight from the reveal of their ‘Zombie’ innovation. 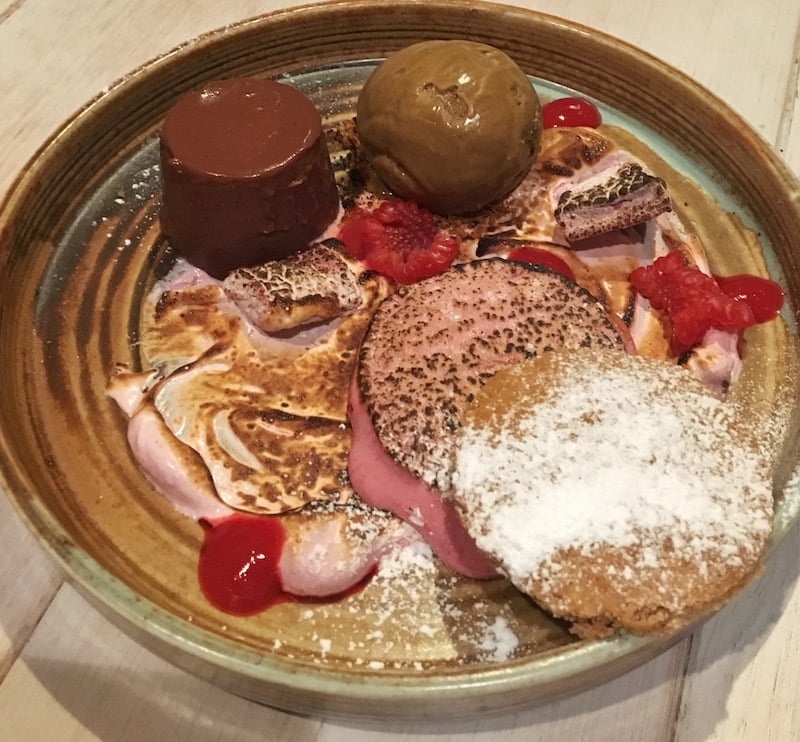 The deconstructed ‘Smores’ were a big yes, with toasted raspberry marshmallow, ‘Valhrona’ dark chocolate jelly, and ‘Campfire’ caramel ice cream carefully mixed on a plate. It added a modern twist to a classic winter warmer. 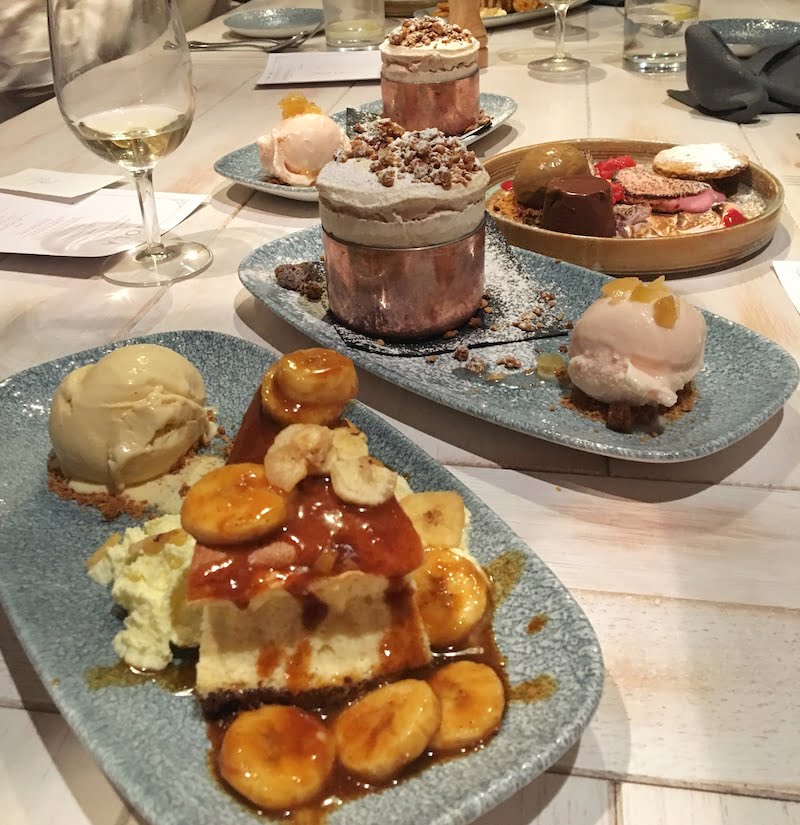 The ‘Banana Foster’ Baked Cheesecake was undeniably the table favourite. With a strong caramel sauce tipped over the soft banana baked cheesecake, classic flavours were mixed to create a safely delicious post-dinner treat. For those with full to bursting bellies, we can recommend the Rhubarb and Ginger Cobbler Souffle. The soft, almost air like texture was complemented by an unexpected fruity zest adding a kick to such a light dessert. The white chocolate and vermouth sorbet didn’t outshine the flavours of the souffle, but added a nice hold/cold contrast to the dish.
NOLA Smokehouse and Bar have earned their growing reputation through consistent innovation and finding a perfect balance between sticking to safe classics and taking risks in a very competitive niche.
NOLA Smokehouse and Bar
Level 1, International Tower 1, 100 Barangaroo Ave.
Barangaroo South, NSW 2000 Australia
Phone 02 9188 3039
http://www.nolasydney.com/