Mark + Vinny’s, a Spaghetti and Spritz Bar is Coming to Surry Hills

Some things in life are simply made for each other. Just like fish and chips or cheese and wine, spaghetti and a refreshing spritzer make for an iconic duo. At Mark + Vinny’s, you can now satisfy your wildest spaghetti and spritz needs at their new Surry Hills eatery.
Situated on buzzing Waterloo Street, Mark + Vinny’s is fronted by co-conspirators Mark Filippelli and Vince Pizzinga. They’ve joined forces with Head Chef Adrian Jankuloski (ex-Icebergs Dining Room & Bar, North Bondi Italian and The Dolphin) to create this pasta and spritz lover’s paradise.
With doors opening in early April 2018, this neighbourhood gem plans to dish up old-school pasta classics alongside modern variations. 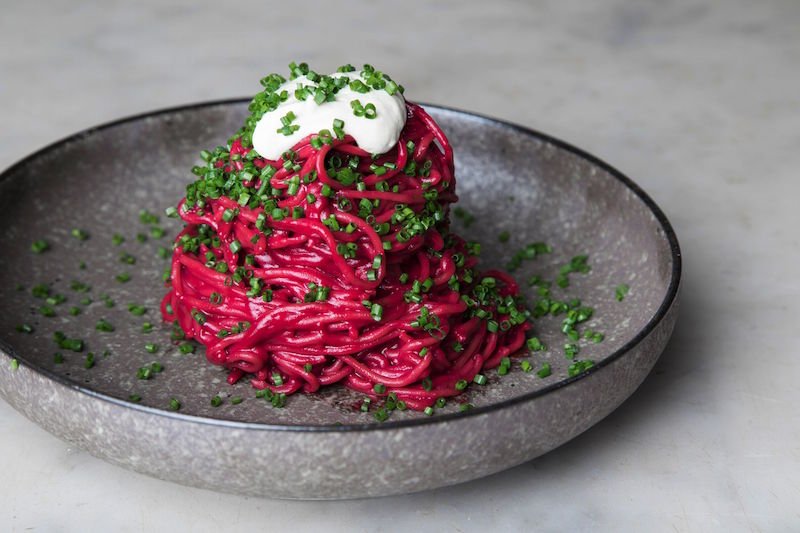 Mark Filippelli, who you may recognise as the owner of Melbourne’s Instafamous Matcha Mylkbar, plans to dish up the same innovative creations at this new Sydney eatery. The vegan egg yoke made its first global appearance on Matcha Mylkbar’s menu and sure enough, it’s making its way up to Sydney. This time, in the form of vegan egg yoke carbonara. Other trendy delights include zucchini linguini with chickpea ragu, baby artichoke and avocado velouté sauce. If that doesn’t take your fancy, you’ll still find plenty of the pasta classics, including cacio e pepe spaghetti with pecorino romano.
As for the drinks menu, you can expect over 50 varieties of spritzers (yes please!). Accompanying this will also be an extensive cocktail selection, plus a carefully curated wine and beer menu.