Quay Quarters Welcomes Londres 126, A Restaurant Inspired By The Home Of Frida Kahlo

Milpa Collective adds Londres 126 to their repertoire, a venue highlighting the flavours and nightlife of Mexico City in the 1940s.

There’s no hospitality group in Sydney as experienced with Mexican cuisine as Milpa Collective. With venues Calita, La Palma, Sonora, Taqiza, Carbon and Mux under their aprons, it was only a matter of time before they extended the collection. The team recently introduced us to Santa Catarina in the CBD and Casa Merida in Potts Point. They’ve now turned their attention to Sydney’s newest dining precinct, Quay Quarters Lane, with the addition of Londres 126. Each venue represents a different region of Mexican cuisine and culture, and Londres 126 takes on the bustling dining scene and nightlife of Mexico City.

The name was inspired by none other than Frida Kahlo and her resident address in Mexico City. The restaurant has a salon-like setting and the atmosphere emulates the legendary parties Kahlo would throw in the 1940s. This particular venue is close to Milpa Collective Director Pablo Galindo Vargas’ heart as it draws inspiration from his hometown. He wants to pay homage to the people, food and history of Mexico City and shine a spotlight on authentic cuisine and culture. 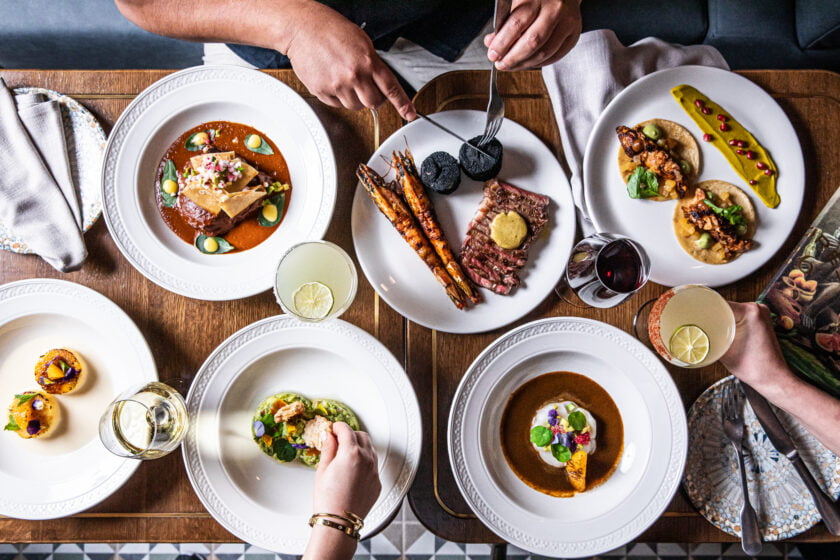 A love of mezcal is at the heart of all the venues and you can expect no different from Londres 126. The shelves showcase artisanal, premium bottles including their very own Mezcal from the San Baltazar Huelavila in Oaxaca. The team’s direct connection with indigenous Oaxacan producers means they can stock rare and authentic varieties available nowhere else in Sydney.

The cocktail list is impressive with Mexican spins on the classics. Drink highlights include the Coyoacana with Reposado tequila, honeydew melon and agave, The Mask with Estancia raicilla, clarified pea flower milk punch and Diego and I with Balta espadin, Cointreau, cherry liquor and pineapple. There’s also an Australian-led wine list with French classics such as Beaujolais, Bordeaux, Sancerre and Champagne.

Londres 126 is open Tuesday to Saturday from 12pm till late. Book a table here