Beer has long been predominantly in the domain of men… and a beverage often judged by quantity consumed rather than quality. However, any discerning Australian drinker (that’s most of us) must have noticed the ever expanding number and diversity of beers available in our fair country.
For all of you that are still at the Beer 101 stage (i.e. less than amateur) like me, I would like to introduce you to one of the key ingredients in the brewing process – hops. Hops, the female flowers derived from their namesake plant, are used to impart a bitter flavour and distinctive aroma into beer and are increasingly being used to produce a differentiating product. 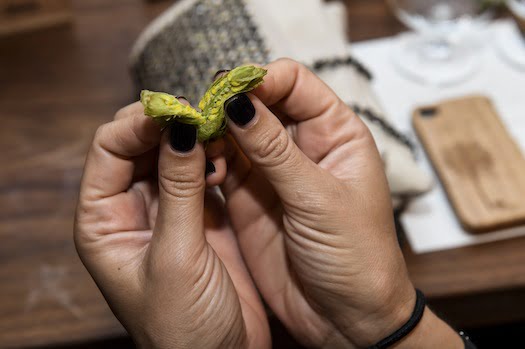 With Australia’s annual hop harvest currently taking place, Lion Nathan, Chiswick and the ‘Beer Pilgrim’ (otherwise known as Tim, who pretty much has the best job in the world) hosted a Hop Harvest Degustation Dinner to celebrate this special ingredient. One to two beers were specially paired with each of the five courses served on the night, with the Beer Pilgrim sharing stories from his travels in pursuit of all things beer, including to the hop harvest at Bushy Park in Tasmania, in between. But that was not all, Chiswick’s head chef, Richie Dolan, took the concept of food and beer matching one step further, by actually including hops as an ingredient in some of the dishes. 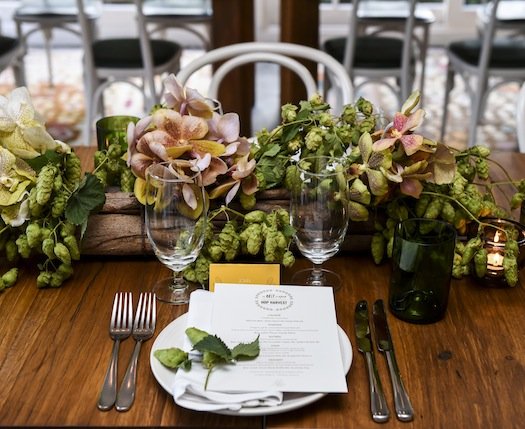 So, without further ado – here is my recount of the mouthwatering-yet-thirst-quenching menu.
Canapes of cauliflower croquettes were served with James Squire 150 Lashes Pale Ale – a beer that I was familiar with, a favourite of many of my (male) friends and one that I knew that I would, and did, enjoy.
Oregano and garlic wood fired bread and Galaxy hop cured ocean trout, Yarra Valley roe and lemon verbena were matched with Pilsner Urquell and Beck’s. 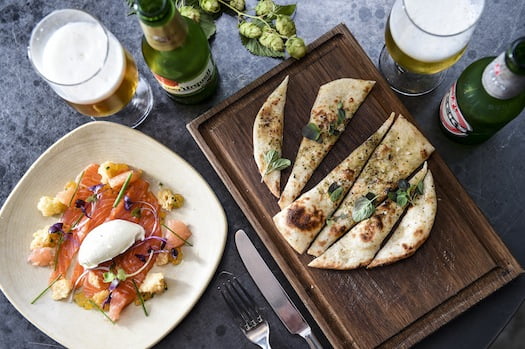 Chiswick’s signature steak tartare was served with another beer in the James Squire stable, The Constable Copper Ale, as well as Spitfire Kentish Ale. 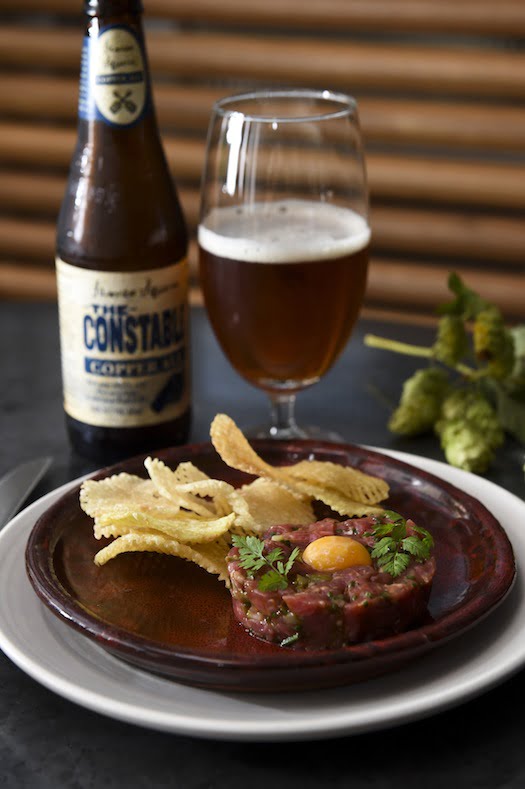 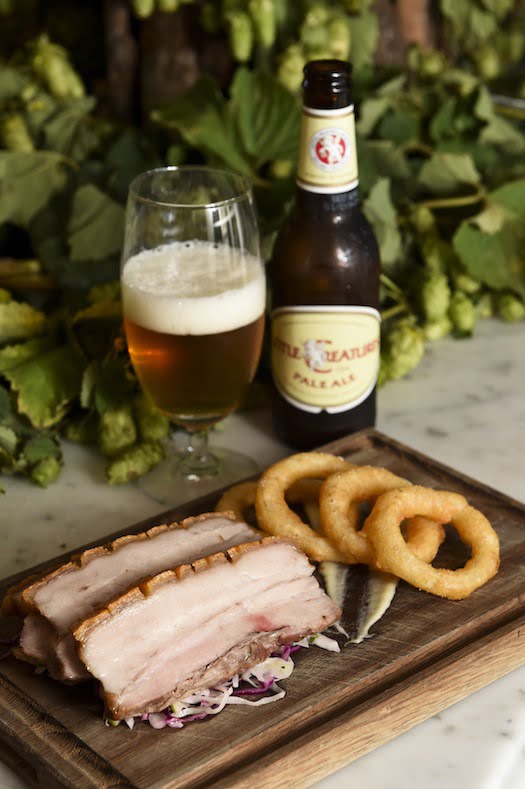 Roasted peach, granola and Feral Hop Hog sorbet was matched with two Indian Pale Ales (IPA) Seven Sheds St Ella IPA and Feral Hop Hog. These are the types of beers that “will put hairs on your chest” (as my dad would say) and are quite challenging to a relatively newbie beer drinker. They are particularly bitter and also have quite a high alcohol percentage. However, with my newfound appreciation of beer, I left with two clean tasting glasses! 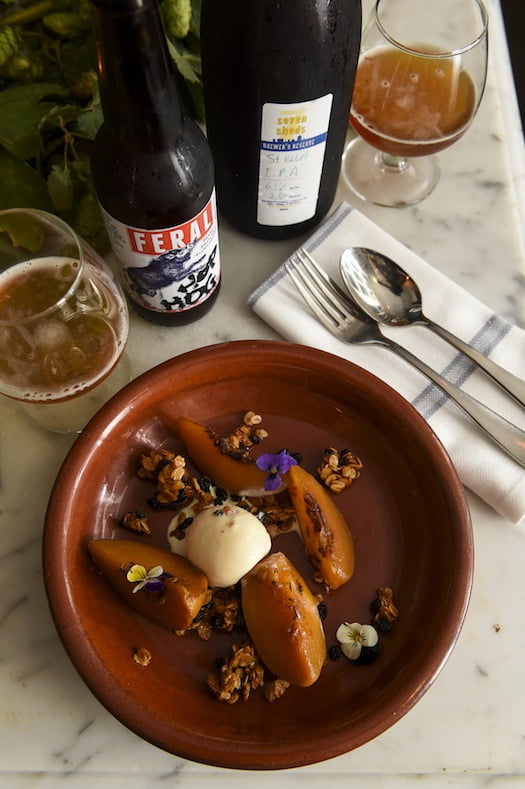