Game of Thrones is Coming

In the Game of Thrones, you win or die.

It has been five seasons since Cersei Lannister spoke those immortal words to Ned Stark and the thrills and spills have not decreased in the phenomenon that is Game of Thrones. Last season saw the death of a favourite when SPOILER ALERT Jon Snow was killed by his fellow men of the Night’s Watch. (Though, quite frankly, you must be living under a rock if you didn’t know that.)


The second trailer for the sixth season launched this week and is jam-packed full of gore and glory. Luckily, a few favourites are still kicking – Tyrion Lannister, Sansa and Arya Stark and Brienne of Tarth. At least for now. In this new season, the White Walkers are taking charge, Arya is blind and Cersei is seeking some serious revenge. We could not be more excited.

Grab your wine gauntlets and guzzle as no Game of Thrones viewing is complete without some consumption of alcohol. With the release date scheduled for Monday April 24th, we’ve found this helpful little drinking game to help you through it. Or perhaps some Game of Thrones cocktails, as compiled by Buzzfeed. 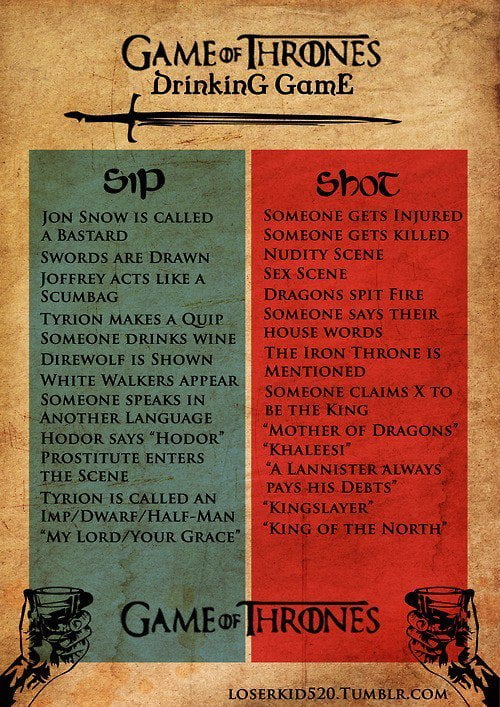 As Tyrion says, “That’s what I do – I drink and I know things.” Us too Tyrion, us too.
Game of Thrones
Screening on HBO Monday April 24th 2016