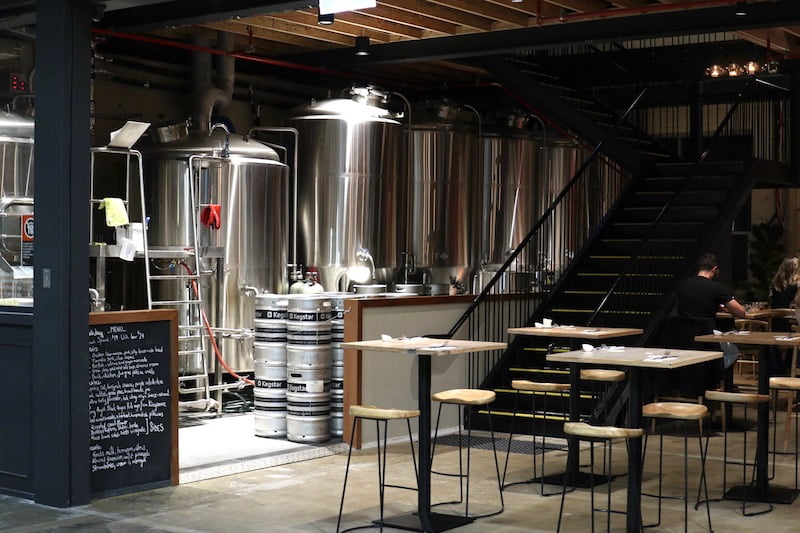 Downstairs you’ll notice giant silver tanks of beer in-the-making on one side. On the other, high tables for casual dining and a daily menu written on the wall above the kitchen. Separating the brewery and kitchen is a black metal staircase leading upstairs to the 40-seat bistro with blonde wooden wishbone chairs and low tables. There is a separate bar which would make it an excellent spot for a private event or function. 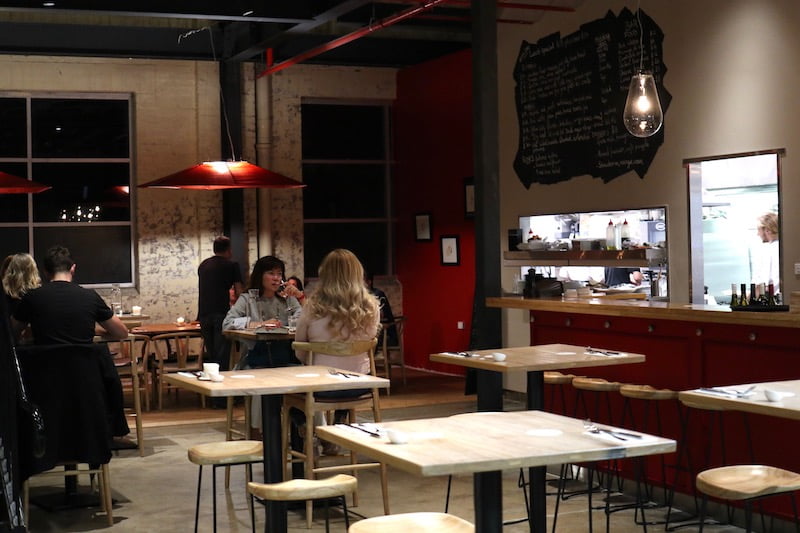 Owners chef Thomas Cauquil and brewer Vincent de Soyres bring with them the perfect combination of experience to create this style of venue. Cauquil has worked at Michelin-starred restaurants in Europe along with Sydney venues Moxhe (Bronte), Harry’s (Bondi) while Vince has years of brewing expertise and won a number of awards.
Whilst Frenchies Bistro and Brewery is equal parts focused on the beer and the food it’s the beer and charcuterie that really stands out for me.
Frenchies Bistro have two brewing tanks and five vats constantly churning out a selection of craft beers and rotate eight different types on tap. A tasting paddle of four beers ($14) is a great way to sample their brews. Choose from beers including a German-style easy drinking blonde Kolsch to an Old World IPA and an Australia inspired Rye the Red Dog ale. They also have guest beers and ciders on tap plus a selection of Australian and French wines.
Cauquil trained under Arnaud Nicolas, renowned for being one of the best charcutiers in the world so it’s worth vising Frenchies Bistro for the bar menu alone. In addition to the charcuterie and cheese they have house-made pâté en croûte, smoked cod rillettes and terrines. 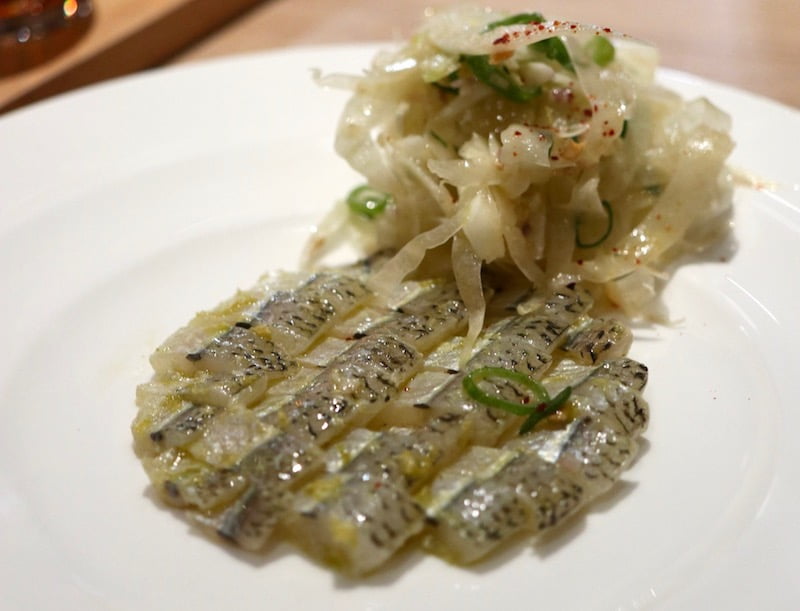 The bistro menu, whilst adventurous, misses the mark for me. Amongst the entrees is a cold green pea and mint soup and a crudo of garfish served in a citrus and ginger marinade that has a almost slimy texture. For mains a veal sweetbreads pie ($30) is heavy but actually quite tasty if you’re ok with offal. The pork cutlet ($28) comes cut into five pieces, three of which are mainly just fat. My ordering fail continues through to dessert when I order something simply described as “goats milk, tarragon and citrus”. A pool of goats milk comes dotted with tarragon puree and small pieces of mandarin. I’m hopeful with every mouthful but textually it doesn’t sit right. Thankfully they change the menu daily so by the time you pay them a visit these dishes may be long gone. 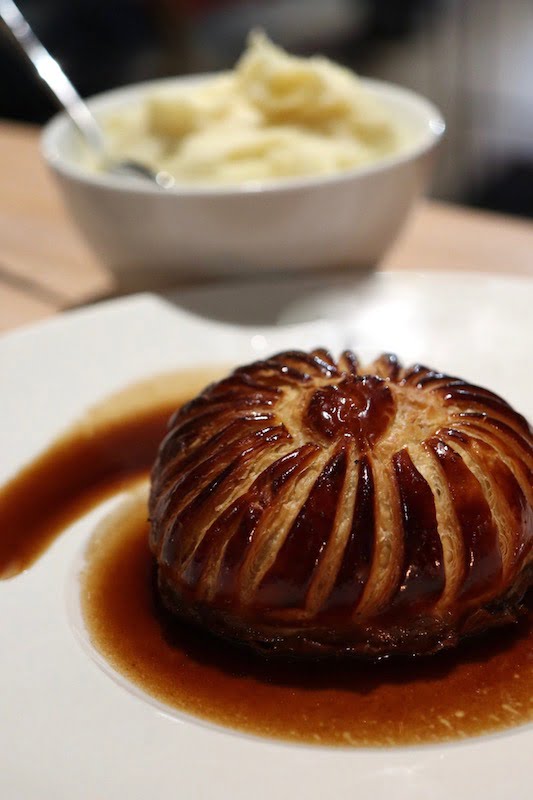 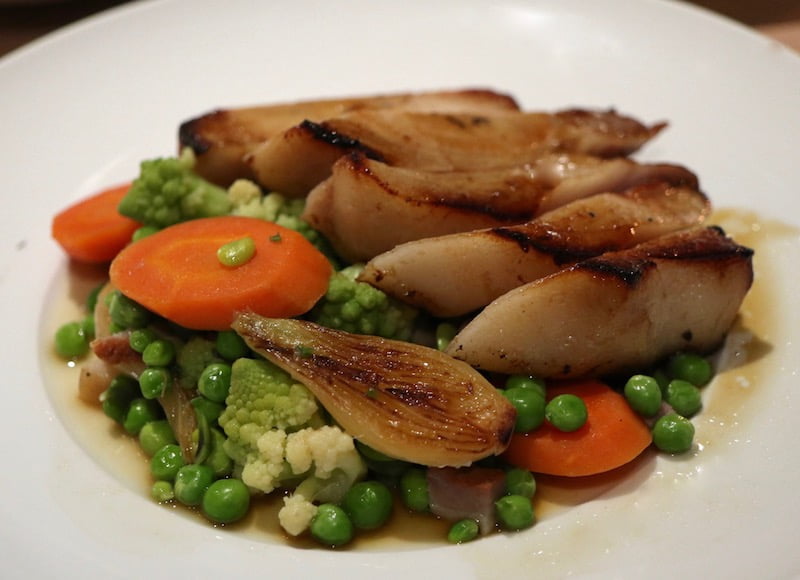 Will I be back to Frenchie Bistro?
Yes, here’s why. Whilst the restaurant side of things isn’t for me Frenchies Bistro and Brewery is a unique place worth checking out. Being able to enjoy a beer next to the tanks they’ve been made in is a really cool concept. The predominately French staff are all friendly and the bar menu is great. 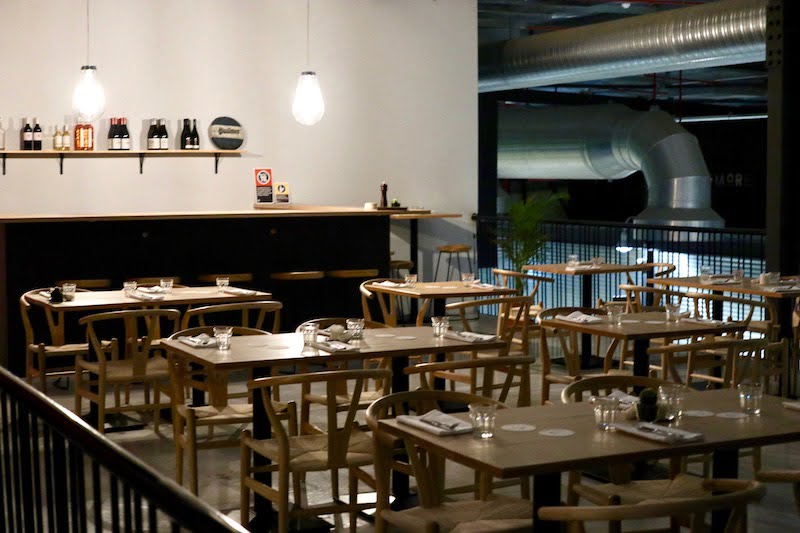