For two weeks only, The Fingers @ Freda’s Bar pop up bar will be pouring FREE spiced rum cocktails for music lovers.

It’s a spirit sipped by drinkers for generations. Infused with exotic spices of saffron, cinnamon and nutmeg, spiced rum has been growing in popularity among Sydney drinkers (and with good reason). It’s a hearty base for any great cocktail, able to hold its own while bringing a rich, smooth touch to any drink. And this month, one epic new spiced rum player is giving Sydneysiders a chance to taste their premium rum-based cocktails for free.

Meet Dead Man’s Fingers, the UK-based rum brand that has just stepped into the Australian market with an epic pop-up event in the heart of the city. For two weeks only, The Fingers @ Freda’s Bar brings laidback party vibes to this beloved local venue. Kicking off on December 11th, the pop-up bar will be showing its support for up-and-coming artists hitting the stage at Freda’s band night with complimentary spiced rum cocktails for all ticketholders on arrival. That’s right, simply purchase your band night ticket at the door at Freda’s to score a FREE cocktail courtesy of the Dead Man’s Fingers crew. 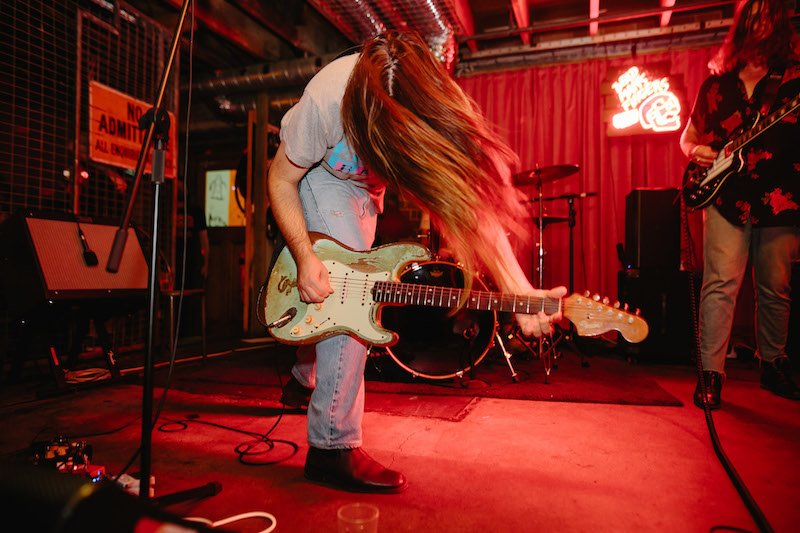 Plus, you’ll be sorted for the rest of the night with The Fingers @ Freda’s serving up classic cocktails all night long for just $10 each. Sip your way through the ‘Dead Man’s Fingers Libre’ (a refreshing rum-based cocktail with a cheeky kick of Saffron Cake), the Dead Man’s Gingers Espresso Martini (showcasing sweet chocolate-meets-orange notes of Dead Man’s Gingers Coffee Spiced Rum) plus the ‘Dead Man’s Fingers Dark and Stormy’ (a plum-first cocktail that’s rich, rum-filled and oh-so-delicious).

The Fingers @ Freda’s pop up bar will be running on selection band nights from 8pm to 2am throughout December, including:

Make sure to get in line early, tickets are first in, best dressed and only available at the door. To find out more, click here.