At the helm of this modern brasserie and bar is Executive Chef Alexis Besseau (ex-Bather’s Pavilion and Est.), whose experience spans Michelin starred restaurants around the globe including France, Brazil and Switzerland.

With doors officially open, diners can expect a menu spanning a variety of cities and regions in France and neighbouring Mediterranean coasts. The fit out utilises sleek wooden furnishings complemented by a series of booths and herringbone parquetry flooring.

As for the name, ‘Franca’ is derived from Lingua Franca, a common language used between people who did not speak one another’s native tongue in the Mediterranean. 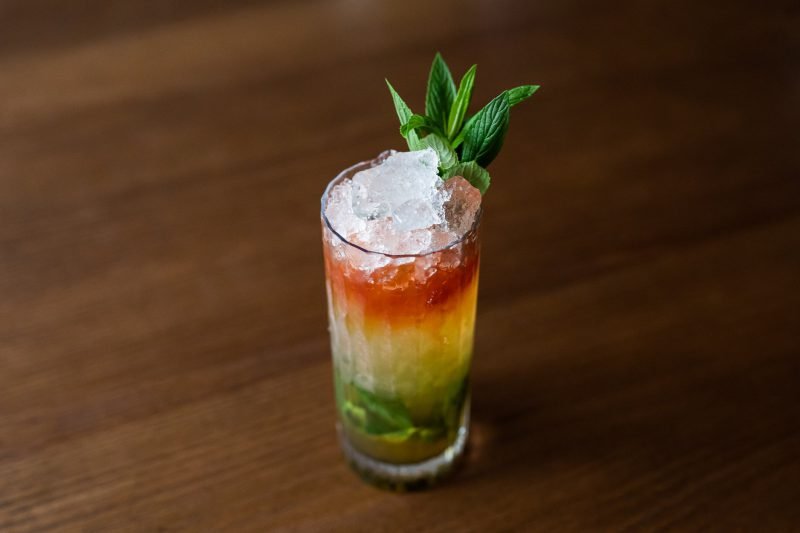 The bar alone is reason to pay attention, managed by Group Bars Manager Alex Raclet (ex Rockpool Group and Pelicano) and Sommelier Ambroise Moriceau (ex Rosetta). A two hundred and fifty strong wine list will mean you have plenty of tipples to choose from, focusing on French, Australian and New Zealand wines and champagnes. For the cocktail enthusiasts, the impressive list takes its cues from grand European destinations, whilst paying homage to the best local seasonal ingredients.

“Our focus for Franca will be to offer outstanding food and exceptional service in an upmarket setting and still be very comfortable and relaxed,” says owner and partner of Pelicano Andrew Becher. Franco will mark Becher’s first venture without his Pelicano partners, after taking over the old Fratelli Fresh site in mid 2018.