“Oh this old place? Well, Henry Lawson used to live upstairs as he penned some of his greatest literary works – that and it used to be my great-grandparents favourite watering hole”. Sydney has a handful of historic venues left throughout the city, but only The Edinburgh Castle Hotel can boast an opening line like that. 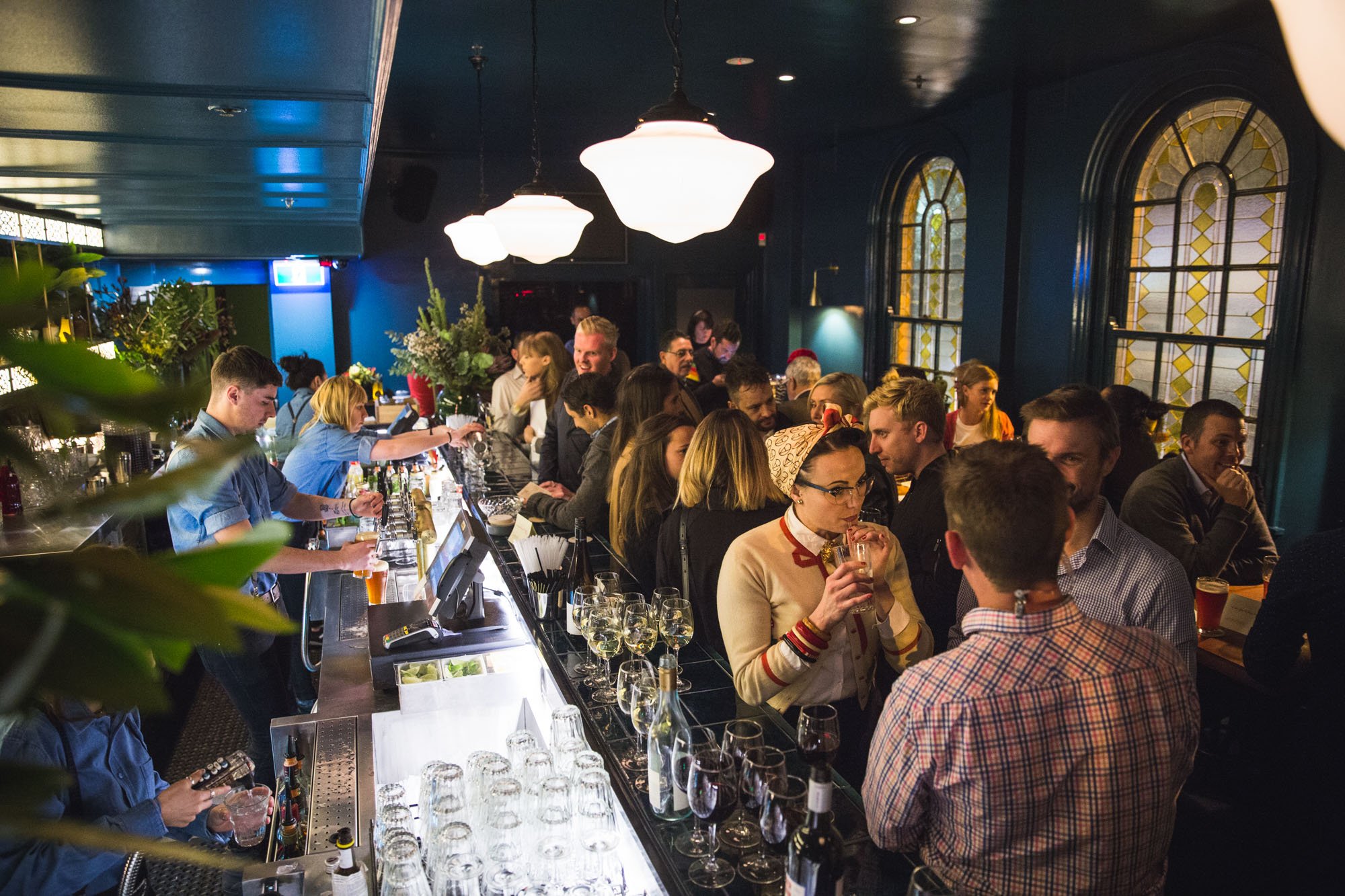 Open for business since 1885, The Edinburgh Castle Hotel or ‘The Eddy’ stands proudly on the corner of Bathurst Street in the heart of the CBD. It’s not hard to see why this hotel was given heritage status, along with its cultural storyline it has also remained under the same name since it’s opening.
The Edinburgh Castle Hotel has recently been given a revamp which saw its downstairs bar redecorated and the entire top floor transformed into a cocktail lounge and outdoor courtyard.
The downstairs bar caters to the hustle and bustle of the after-work crowd, and gets particularly busy on a Friday night. As you make your way up to the top floor, you’ll still hear some loveable creaks sounding from the wooden staircase. Once upstairs tea-stain coloured walls line the venue and low lighting creates a sense of intimacy you might not think possible in a central Sydney pub. 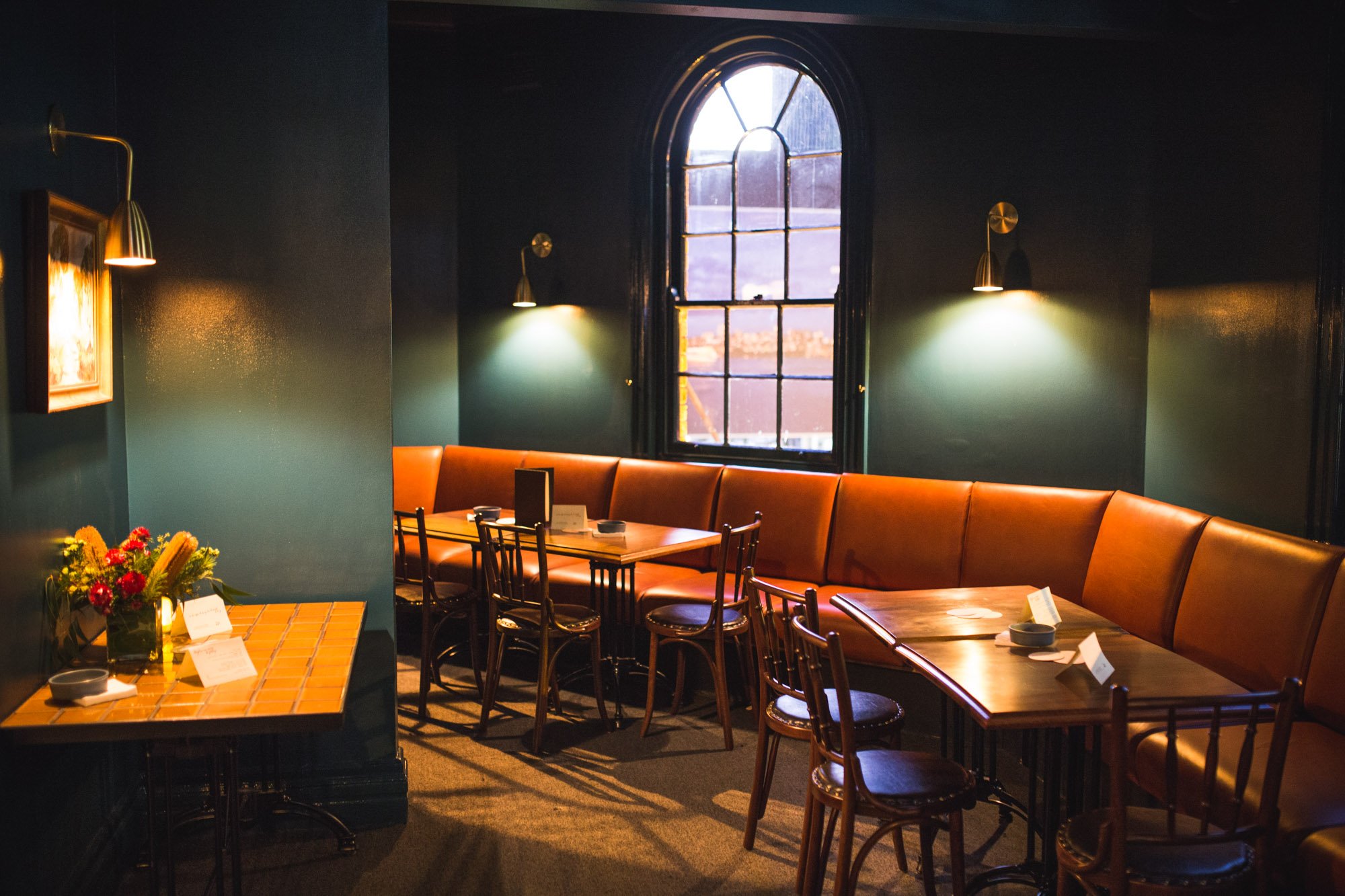 Along with its physical renovations, The Edinburgh Castle Hotel menu has also been reimagined by newly appointed head chef Daniel Lanza (formerly of North Bondi Fish). You can still expect classic Aussie pub grub, but with a modern twist.
If you’re feeling like something small we’d point you to the ‘House-Made Damper’ ($8), the ‘Pork and Sage Sausage Roll’ ($14) or the ‘Ploughman’s Plate’ ($18) to share. The menu also offers a generous selection of mains including a traditional ‘Beef Burger’ ($19), ‘Glazed Ham’ ($21), the ‘Saltbush Chicken Schnitzel’ ($22), and a ‘Roast Snapper’ ($25) all paired with tasty sides. 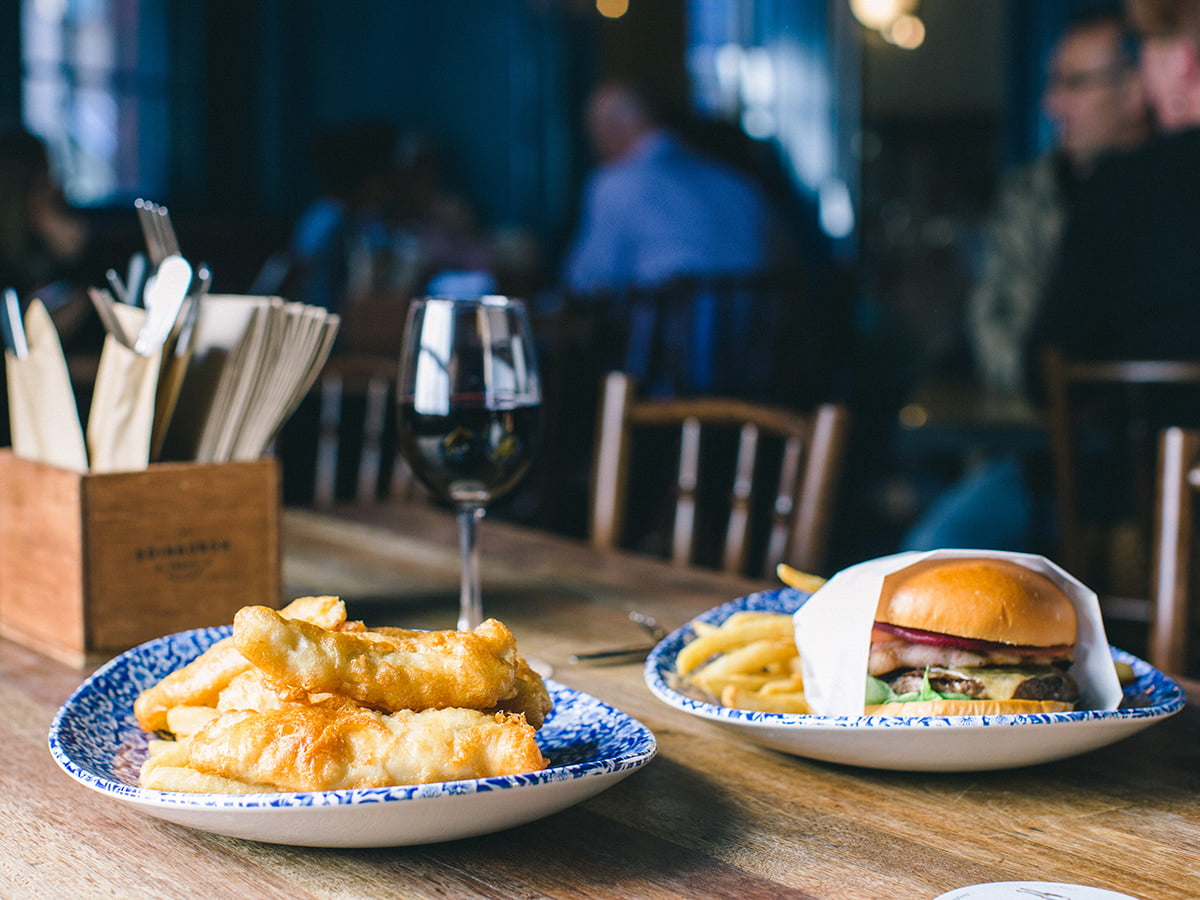 As with the food selection, the drinks menu also gives a nod to the venues fusion of historic and modern flavours. The wine list, which has been curated by renowned sommelier Matt Dunne, reads 100% Australian and can be ordered by the glass, bottle, or from the cellar. Keep an eye out for the 2014 Shiraz Hungerford Hill Estate ($60 bottle) from the Hunter Valley which is a house favourite.
The eight-long cocktail menu (which are all priced at $18) is well balanced and creative. Try the ‘City Slick’ which is a blend of gin, lemon, basil, lavender and sea salt as a perfect aperitif or the ‘Lawsons Cup’ infused with hibiscus gin, Aperol, pomegranate, mint, lime and ginger beer.
Over all The Edinburgh Castle Hotel caters to many different crowds, so if you’re looking for an after work beer, a good pub feed, some live music or cocktails with friends this is your place to go.
The Edinburgh Castle
294 Pitt St (Corner of Bathurst St), Sydney
Mon – Wed: 10am – 12am, Thurs: 10am – 1am, Fri: 10am – 1.30am, Sat: 12pm – 2am & Sun: 12pm – 10pm
(02) 9264 8616