The owners of Hazy Rose, a 1920s style bar on Stanley Street have opened a new restaurant downstairs. The name is pretty easy to remember just think of Hazy Rose, then think about going downstairs and there you have it, Downstairs Restaurant!
Continuing the theme of 1920s style art deco Downstairs is a small piece of British pub life in the heart of Sydney’s once little Italy.
Owner Dominique Easter ‘s father is a crafty fellow. He built most of the restaurant including the small booths and banquet seating. “The hanging bowler hat light fittings were Dom’s idea” he said. 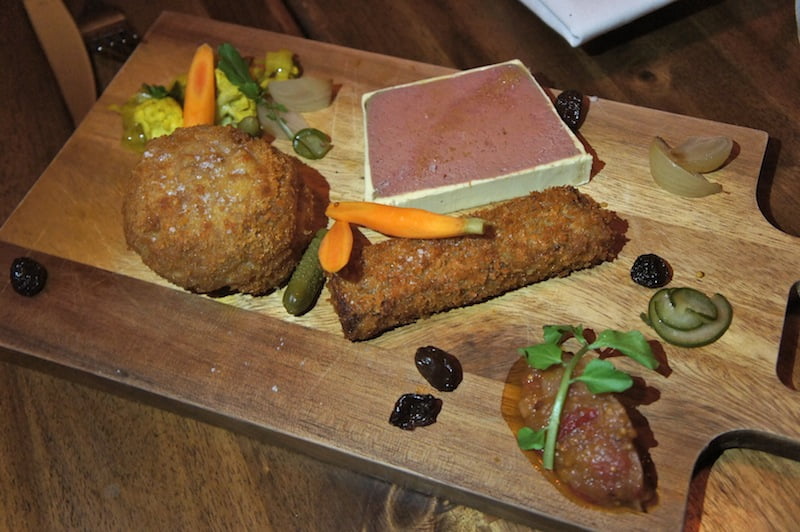 In a nod to Britain, the Downstairs Restaurant has created a dining experience with the classics and a few modern twists. Featuring British band posters, a wicked sound track of Brit-pop classics and hearty dishes it’s opened just in time for winter. 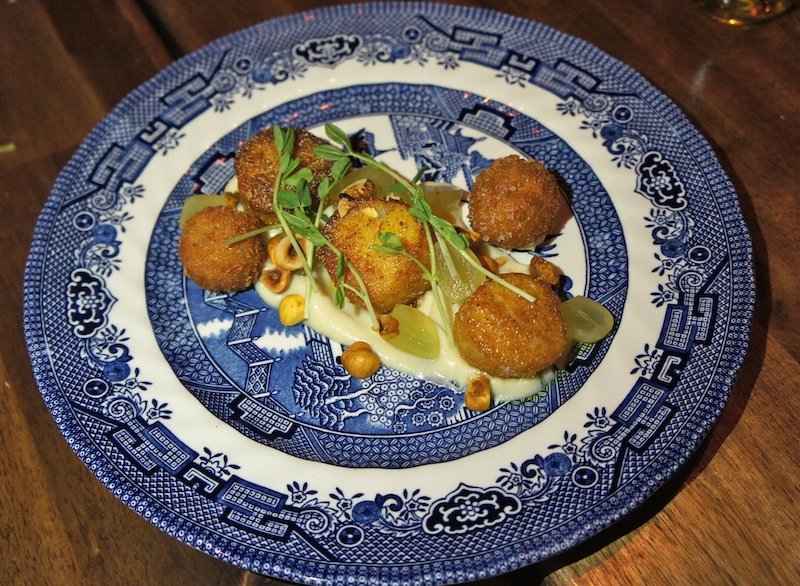 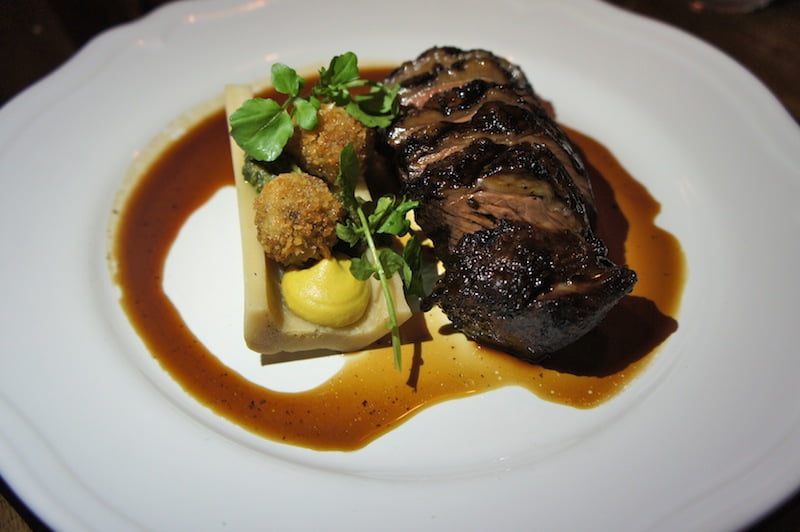 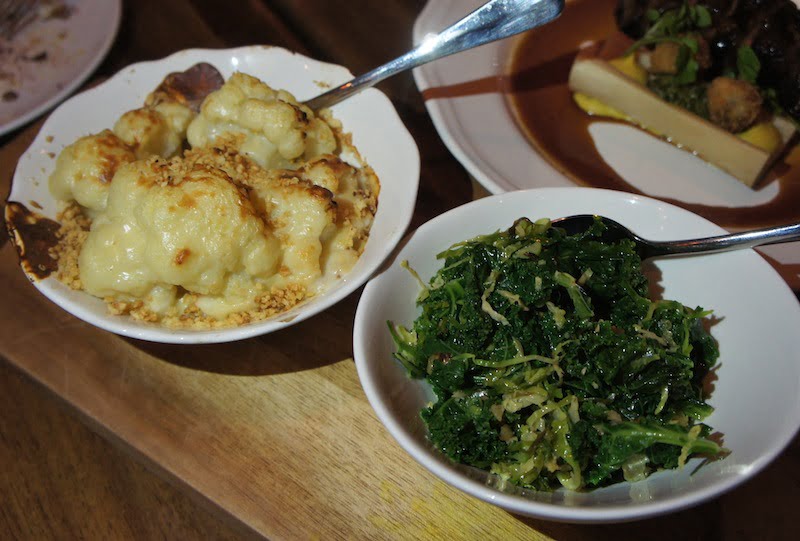 Ben Allcock, former chef at East Village, is serving up some great dishes including scallops with cauliflower cream, kedgeree croquettes and bombay hazelnuts ($16), chicken liver parfait with curried apple sauce, pickles and toast ($16) and sirloin with crumbed marrow, parsley relish and mustard, fat chips ($29)
On Sunday they do a special roast dinner from 12-9pm for $20.
Downstairs Restaurant
83 Stanley Street, Darlinghurst.
0420 645 373
Open for Dinner every Tuesday- Saturday 5:00pm to late.
Roast on a Sunday from 12-9:00pm