Confession #1: I know nothing about wine. Wait! I used to know nothing about wine. But after two hours at Braza Churrascaria on a beautiful sunny afternoon sniffing, swilling and sipping various Brazilian wines, I learnt more than I did last semester at university.
My study partner was my best friend who has spent more time at wineries than anyone else I know and agreed to be my wine whisperer for the afternoon.
When we arrived, people were studying pieces of paper with tables of wines on them, and were jotting notes in the margins that said things like ‘tannins’ and ‘body’ and ‘oak’. I picked up a sheet and started scribbling in the margins too, but mine was a drawing of Mr Vagner Montemaggiore, the super cute Brazilian ambassador of Salton Wines. 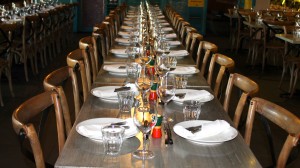 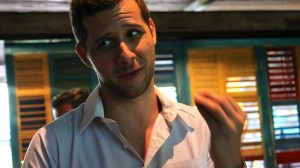 Confession #2: Most of the wine experiences I’ve had in my young life have come out of a box. The best part about that is the bag inside the box that doubles as pillow after too many drinks! But today was somewhat classier and I was excited to see how wine is handled in the adult world.
Everybody in the room was milling around, wearing serious suits and frowning and saying things like, ‘It’s so hard to penetrate the European wine market’ and ‘Which wine comes first?’ At first I thought it was a chicken and egg joke, so I laughed – and then my wine whisperer explained that you always drink sparkling, then white, then red. And she even drew me a diagram.
Confession #3: I have blended my own wine on occasion. In the past if I didn’t like the taste of a white wine i’d tip a bit out and add some sparkling in to make it sweeter. But I couldn’t do that in front of the charming and enthusiastic Mr Montemaggiore.
Luckily my first glass of white was a 2011 Salton Volpi Chardonnay – a delicious drop of which I definitely didn’t tip any out. I don’t understand how it could look like wine, smell like butter and taste like heaven, but apparently it’s possible. 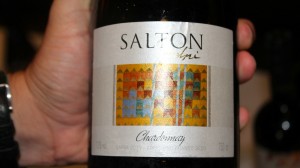 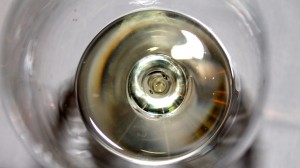 When the glass was empty, I immediately poured a little more, even though I was told later that this was bad wine-tasting etiquette.
Confession #4: I normally don’t love red wine. But the Chardonnay had pleasantly surprised me, so I was feeling adventurous and ready to sample the glass of 2012 Pinot Noir. It was exquisite with the same buttery smell and texture as the Chardonnay. 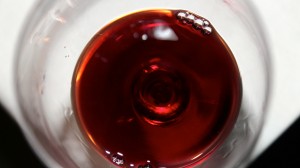 Just at that moment, I noticed a beautiful spread of food being assembled behind me with succulent juicy lamb that perfectly complemented the glass of red in hand.
The cheese bread was good enough to convince an Atkins dieter to reclaim carbs and the cute waiter told me that where he’s from, you can buy a fifty pack from the supermarket for two dollars and heat them up yourself. If I ever go missing, check the bread aisles of all Brazilian supermarkets before you call the cops. 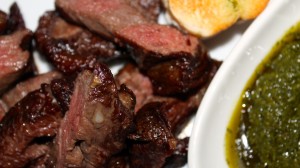 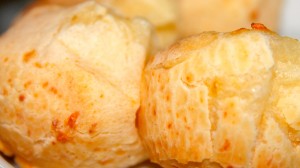 After my brief interval at the buffet, we crossed the border from Brazil to Argentina and tried the Gran Reserve Malbec. It’s a full-bodied wine with a great structure – fruity notes give the wine its acidity and the toastier flavours from the oak make it well balanced and delicious. 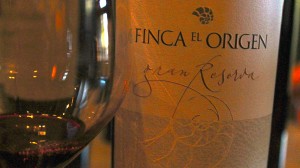 Confession #5: I was starting to feel a bit zingy. Probably because nobody had told me what the shiny silver bucket was for. So we migrated from wine country to cocktail hour – and discovered the national drink of Brazil. It’s called the Caipirinha and is made with crushed limes, rum and sugar cane juice. According to my wine whisperer it’s like a mojito without the mint. But if you ask me, it was more like a Long Island Ice Tea with a more lethal undertone. That aftertaste was like a sugar kick to the mouth… and I liked it. 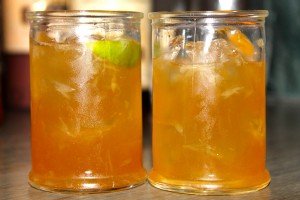 My wine whisperer and I adjourned outside, ordered two more glasses of wine, a plate of cheese bread and a platter of the chorizo. It was here she spent the rest of the afternoon explaining (with her mouth full) the purpose of the big silver bucket. 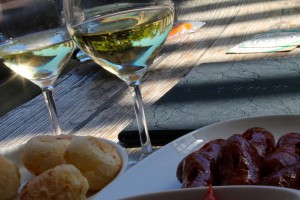 Brazil produces fresh, fruity and balanced wines with moderate alcohol content. Currently, Brazilian wine regions total 83,700 hectares, divided into six regions: Serra Gaúcha, Campanha, Serra do Sudeste and Campos de Cima da Serra, in the state of Rio Grande do Sul, Planalto Catarinense, in Santa Catarina, and Vale do São Francisco, in the northeast of Brazil.There are over 1,100 wineries around the country.
For visit Braza yourself or learn more about their Brazilian wines visit their website: www.braza.com.au/Braza-dh