Once again, Sydney’s Craft Beer Week (SCBW) is back. From Friday 21 to Sunday 30 October, there will be celebrations at over 75 different venues throughout Sydney. More than 100 events will occur over the week for beer lovers to enjoy. The official events program has been released on the SCBW’s website with kegs full of fun to be had. From good old fashioned pub crawls to axe throwing competitions and beer history lessons, there’s something for every kind of beer drinker. 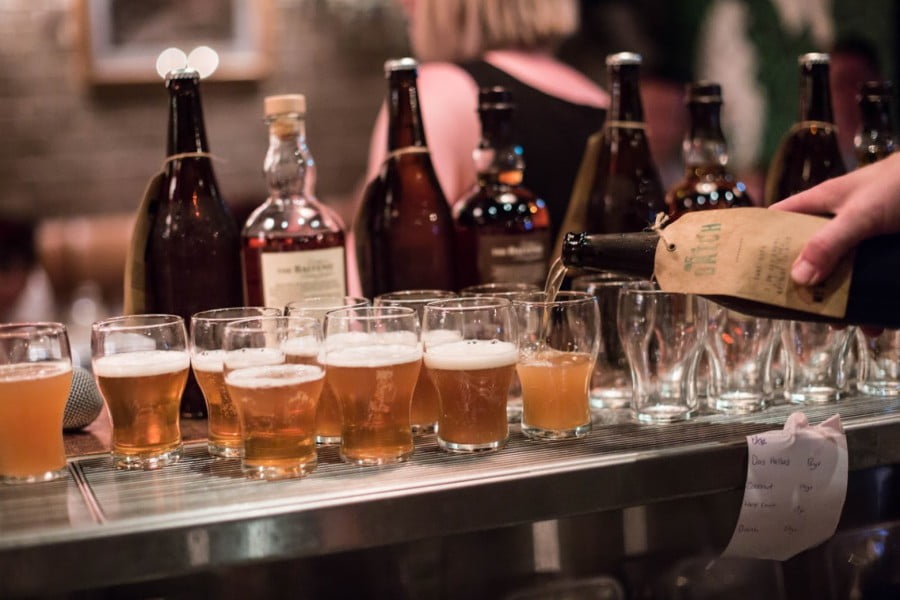 SCBW’s director Joel Connolly said of the events, “this year’s program is a reflection of the craft beer industry’s growing popularity”. With the festival kicking off with the Opening Gala Night at the Giant Dwarf in Redfern, there will be two sessions across the opening weekend due to high popularity during previous years.
Popular event Holes ‘n’ Hops is back again where punters can enjoy beers and burgers and then play a 9 hole round of golf with every ball sunk receiving a beer. Tickets to the event are $110 and it’s happening on Sunday 23 October at Modus Operandi Brewing Company.
Others events include a food and beer degustation dinner in Redfern showcasing White Rabbit’s Red Ale on Wednesday 26 October for $100. There will be awards presented by the creators of the Craft Beer Week to celebrate the beers and brewers as well as those behind the scenes that make Sydney’s craft beer culture so rich and vibrant. The awards will be presented on Friday 28 October in Marrickville.
There are also competitions running including Beer Cartel’s Ultimate Free Beer Tasting where a few lucky punters will win the chance to taste over $1000 worth of craft beer for freeeeee!
But it’s not all beer! There will be lots of great food available from the likes of Frankie’s Pizza and more.
Festival tickets are now on sale with events ranging from Free to $135.
Friday 21 – Sunday 30 October
https://www.sydneycraftbeerweek.com