The Best Places To Go Dancing in Sydney

Sydney’s lockout laws got you in a dancing rut? Our team reveal their top spots to boogey the night away.

Finding a spot to dance in Sydney these days is bloody difficult. As the clock strikes midnight, you’ve got exactly 1.5 hours to make up your mind. Do you sweep Sydney’s desolate streets in the hunt of that distinct club beat, trickling out from a secret underground lair? Or do you raise the white flag, call it a night and deny your dance queen alias the d-floor he/she so rightly deserves? In the spirit ‘partying till the break of dawn’, we asked our team to reveal their top spots to go dancing in the current Sydney nightlife scene. 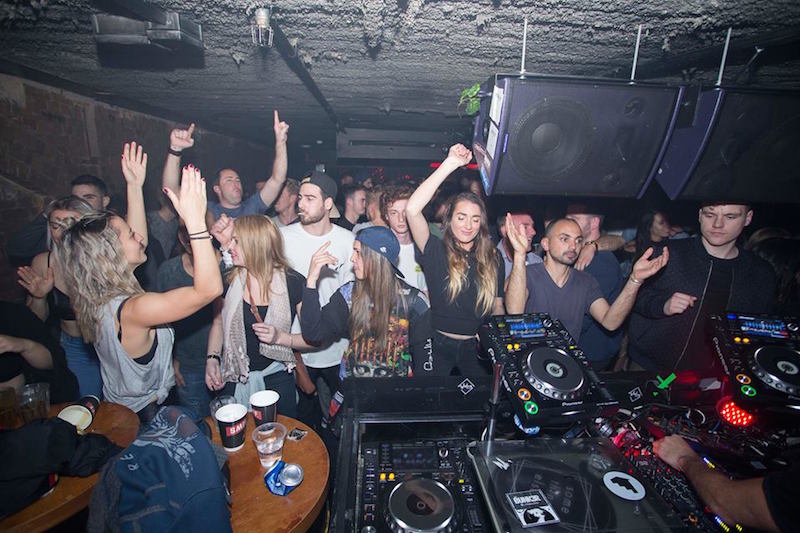 A part of me wonders whether this article would be more aptly titled ‘places left to go dancing in Sydney’. I’ll attempt to brush my personal pessimisms aside, since there are still a few golden nuggets scattered across the place. You just have to look a little closer. Being live music inclined, I’m always keeping my eyes peeled for upcoming shows at venues including the Metro Theatre and Hordern Pavilion. Supplying a smorgasbord of musical talent, these ticketed events give you access to everything from up-and-coming DJs to internationally renown music superstars. If however you’re looking for something a little more spur of the moment, or a DJ spinning more than just Pitbull’s Mr Worldwide on perpetual loop (cough, Scary Canary), The Bunk3r is your go-to. Located in the basement of the Oxford Hotel in Taylor’s Square, this grungy underground club plays house and techno you’ll actually want to dance to. The lock-out laws aren’t exempt here, so be sure to get in before 1:30am. Unlike many bars where the lights are rudely turned on at 2:30am/3:00am, the music at The Bunk3r keeps playing until 4am, if you make it that long. Be warned, The Bunk3r does come with an entry fee of anywhere between $10 and $35. You can hop online though and pre-purchase your tickets if you’re looking to save a little cash. Be prepared to get sweaty, the space is tight, grungy and a little bit filthy – the ultimate clubbing triptych after a bottle of wine and three negronis.
The BUNK3R
Basement level, 134 Oxford St, Darlinghurst NSW 2010

Nights out with my ladies are made for The Standard Bowl. Not only can we gorge on some of Sydney’s best dumplings at Johnny Wong’s at 1am just the level below, it’s the perfect spot for busting out some sick moves to throwback beats. The Standard, located just off Oxford Street in bustling Taylor’s Square, is part of a three-story mega-bar, which also includes Middlebar and Lo-Fi on ground floor. Instead of a cramped, sweaty room, the warehouse-style space is absolutely massive so you get space to dance. And if dumplings ain’t your style, there’s still Mr Crackles and BL Burgers just around the corner. 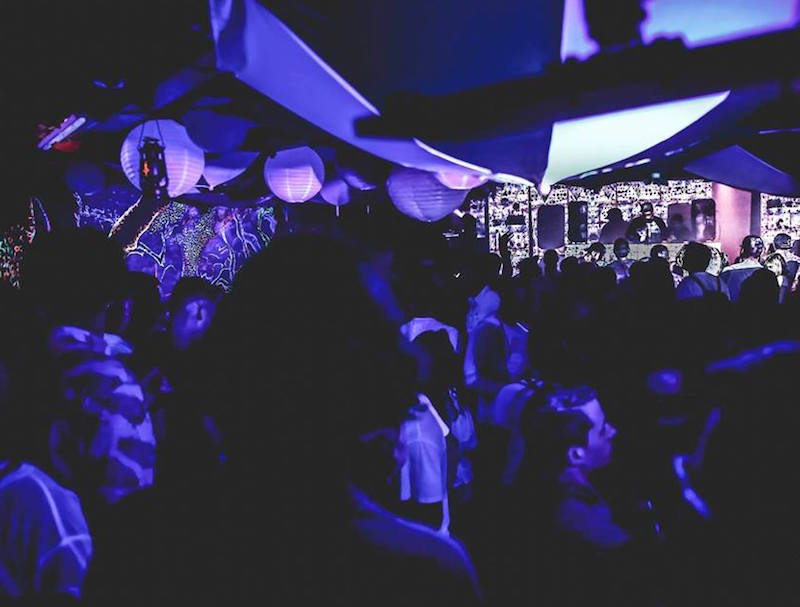 Nestled within the highly residential Bondi Junction exists a hidden gem. Surrounding streets slowly empty as the night goes on, but the Jam Gallery provides the one ongoing beat worthy of keeping the party going. Somewhat of a modern speakeasy, the Jam Factory replaces 1920s glamour with trendy 21st century funk. Unlike most dance floor bars, there is more than one tune to boogie on down to at the Jam Gallery. You won’t find just classic R&B or the Greatest Hits. Rather, the Jam Gallery boasts some of the most known and up and coming talent. Head out on Friday or Saturday to have a nibble and a few muscle relaxing sips before working the week out the dance floor. Or, if you just can’t wait that long, sooth your sorrows at the Jam Gallery’s Reggae Mondays – trust me it works a treat. Especially if you have a Mojito in hand.
Jam Gallery
195 Oxford Street Mall, Bondi Junction, NSW 2022 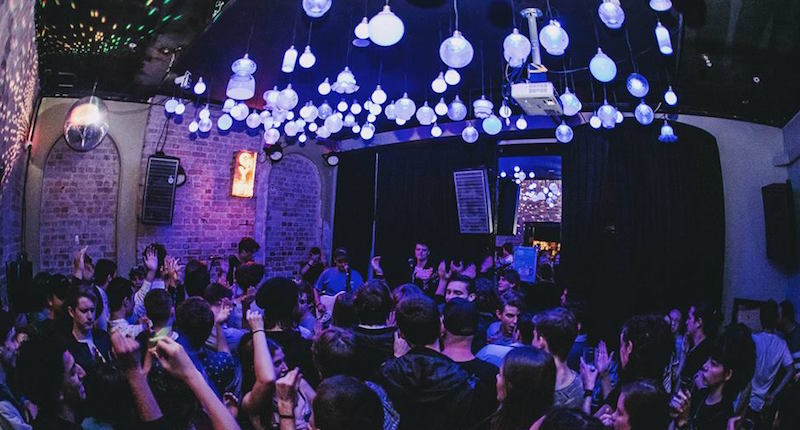 I am the first to admit that I am in no way a dancer, but who doesn’t love a boogie. As a college student I am always looking for the nicest bar or club, matched with the cheapest drinks. Now that sweaty Scubar and Monday crab races have been swept aside, I would have to say that The World Bar located just off Kings Cross is my favourite place to jam out to an eclectic mix of tunes on any given night. The refurbished Victorian era home is the perfect place for a whole array of food, drinks and music. Coyote Tuesday’s are a sure hit for party tunes, but head in on a Tuesday for a perspiring mix of R’n’B and Hip Hop bangers. Feeling a little hot under the collar after all the grinding? With a teapot in hand, shuffle into the plush indoor lounges for an intimate chill and chat with your mates. In no time you will be craving the DF. From jamming to local rock bands, to attempting to know how to pop and lock it, The World Bar has a night for everyone.
The World Bar
24 Bayswater Rd, Kings Cross

Clean floors, whiffs of fresh air and keeping perspiration to a minimum are definitely NOT the ingredients that make up a good dance spot. The exact opposite of these are what you’re looking for in a good jam, and Scary Canary delivers every time without fail. Ignore the eye rolls, mainstream judgement and ‘what are you, twelve?’ comments. While the haters are stuck in some creepy basement tapping their toes to noise with no words, you’ll have already downed a signature Scary Jar, flashing your blue tongue around while losing your voice to jams that range from 60s classics to High School Musical remixes. Make sure you tell your friend who only goes out in Louboutin’s to either buy a pair of converse or stay home, because Scary Canary was made for the sole purpose of comfortable, low budget fun. Whether it be at Tuesday ‘Drag Night’, ‘Silent Disco’ or ‘Wet Wednesdays’, you can guarantee, any night of the week it’s packed and prepared for you to dance the night away.
Scary Canary
469 Kent St, Sydney NSW 2000 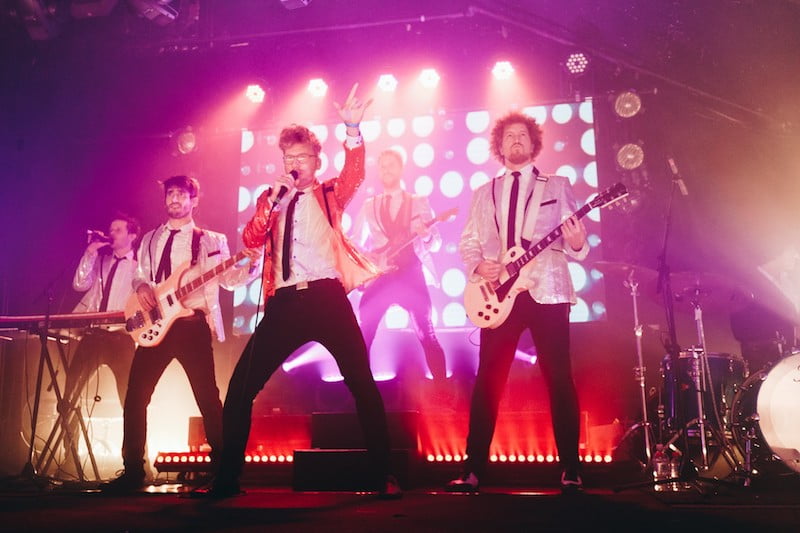 I feel like a bit of a nanna these days and tend to opt for a comfy bar with a good bottle of red over hitting the d-floor. But recently i’ve had some fun times dancing at Soda Factory in Surry Hills. It’s often a pretty young crowd but on certain nights they play 90s tunes and the crowd is usually late 20s-30s. Best of all they play songs I actually know and can often sing along to word for word. Think Michael Jackson, Salt N Pepper and Notorious. They also have some fun resident acts including Furnace and the Fundamentals. If you ever seen them scheduled to play do yourself a favour and get on down to Soda Factory. You’ll probably find me there dancing my dorky ass dance moves right next to you.
The Soda Factory
16 Wentworth Ave, Surry Hills NSW 2010