This week on Bar Tag we are joined by Tim Phillips of Dead Ringer in Surry Hills who was challenged by Luke Ashton from This Must Be The Place to turn the suggestive emoji purple eggplant into an appetising drink. You may not understand how the Emoji Fizz works but all you really need to understand is that it tastes good.
The Emoji Fizz is a twist on the classic fizz cocktail, which is traditionally a spirit with egg white, sugar, citrus and soda. Keeping with the vegetable theme, Tim decided to switch it up and go with a vegan friendly version, swapping out egg white for eggplant. While they are not one in the same just because they both have ‘egg’ in the name, Tim pulled out a new bartending trick and turned the eggplant into an emulsifier substitute called aquafaba. This cocktail is a delicious science experiment in its own right.

Dead Ringer’s menu is packed with a solid list of beers, ciders and wine but cocktails are their forte. It is definitely obligatory to give their Obligatory cocktail a go when you visit Tim and the gang. Don Julio Anejo aged tequila, punt e mes, single origin cold drip and smoked maple ($19) is a simple yet delicious take on the classic espresso martini. 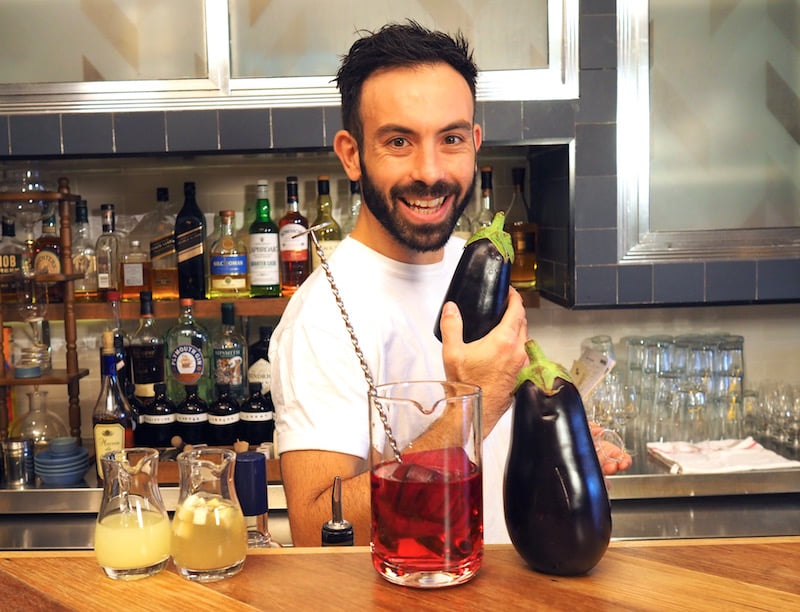 The team at Dead Ringer made their name in cocktails so granted their creative drinks are an important part of the menu. But the eats and treats at Dead Ringer are some of the best in Sydney. Tim may have had a head start with this weeks mystery ingredient. The baby eggplant with wilted radiccio and horseradish cream ($21) dish is proof that Dead Ringer knows a thing or two about eggplant.
Next week we’re heading to Dead Ringer’s sister bar Bulletin Place, with their secret ingredient in tow. This one will take you back to your rowdy teenage years of drunken games involving clotheslines and inflatable pillows. You guessed it, Australia’s favourite goon is coming up next on Bar Tag with bartender Thalita Gabriela. 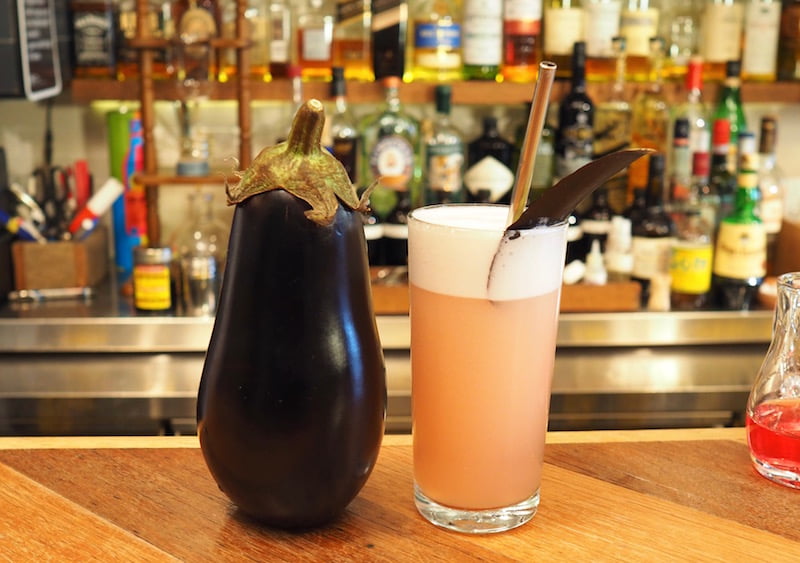 Pour all the ingredients (except the soda water) into a shaker and dry shake to emulsify (without ice).
Add plenty of ice to shaker and shake again.
Add a dash of soda water into a tall glass.
Double strain cocktail into glass and top off with a dash more soda water.
Dead Ringer
413 Bourke Street, Surry Hills NSW
9331 3560
Mon – Fri 5pm-midnight Sat & Sun 12pm-midnight
http://deadringer.wtf/#home