Get ready for “Maybe Aria”, an exclusive collaboration running every Wednesday throughout October.

This spring, two of our favourite inner-city destinations are joining forces. The crew from Aria (Sydney’s preeminent harbourside dining destination) and Maybe Sammy (one of the world’s best cocktail bars) are coming together to launch “Maybe Aria”, an exclusive series of collaborative drinking and dining events.

Running every Wednesday throughout October, Maybe Aria will be landing at Aria for four-nights-only. The event is set to be a preview of Aria’s new wine bar, which is due to open to punters later in 2020 (the perfect spot for a casual pre or post-dinner tipple).

Maybe Aria sees the award-winning team from Maybe Sammy behind the bar, crafting a curated selection of bespoke cocktails for attendees. Stefano Catino and Andrea Gualdi from Maybe Sammy will be working with Aria‘s Head Sommelier, Alex Kirkwood to create an exciting drinks menu that features bespoke cocktails such as the Fly Me To The Moon, Aria di Sammy and Gran Finale alongside exceptional wines by the glass, and beers from the Aria list. 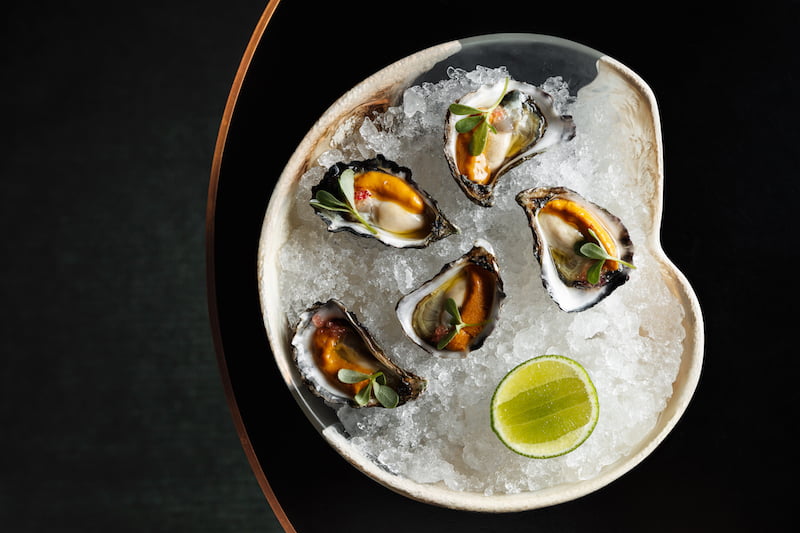 As for eats, Executive Chef Joel Bickford and the team at Aria will use the Wednesday nights to showcase their new snack menu – a prelude to the kind of food you will see when Aria opens its wine bar in late 2020. Expect delicious Aria bar snacks such as raw scallops, potato and caviar as well as macadamia and acacia éclair.

Taking place every Wednesday in October, punters will able to secure their spot for $85 per person, which covers their choice of two cocktails by Maybe Sammy alongside two snacks by Aria. Plus, you can also purchase additional items from Aria’s a la carte menu as well.

Maybe Aria will be activated every Wednesday in October at Aria’s harbourside venue. There are 3 staggered 1.5-hour sessions available per evening. To find out more and book your spot, click here.