It’s art for a cause at Project Five (Volume 8)

Friday September 30th was just the beginning of Project Five (Volume 8), an action-packed and vibrant annual exhibition and Australia’s longest running contemporary street art project. To date, the project has raised over $100,000 for not-for-profit arts initiatives, with this year’s nominated charity being the Monkey Baa Theatre Company. In addition, Project Five will host kids’ art workshops and a month-long public exhibition at aMBUSH Gallery’s outdoor gallery space OPEN at the Darling Quarter.


Opening night of Project Five (Volume 8) featured live paintings by four headline artists: Brett Chan, Georgia Hill, Kaff-eine and Shida. Painting for three days, the four artists will auction their work at the end of the month-long exhibition to raise funds for Money Baa, an award winning kids’ theatre company that aims to keep theatre alive across the younger generations.
Brett Chan is a multimedia visual artist, musician and filmmaker, known for his ‘future primitive’ style and bold line work, which form tessellating sacred geometry. Originally from New Zealand, Chan moved to Bondi over 10 years ago. His psychedelic statements of symmetry can be seen on walls and chanced upon in unexpected places. His viewers are invited to remember a moment and space, and to tap into an inner tribal truth, reminding us of who we once were, and our possible futures. 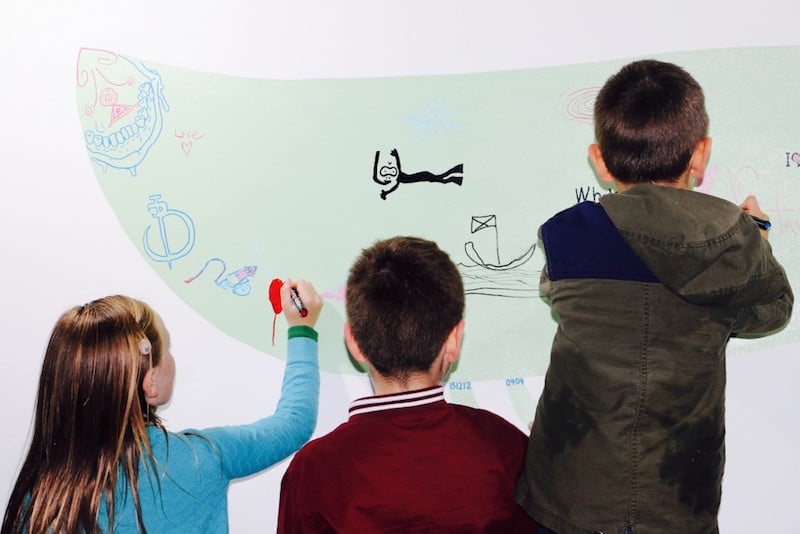 Georgia Hill is a prolific illustrator specialising in hand-drawn type artworks that combine bold, monochromatic textures and lettering within experimental compositions. Hailing from Newcastle, Hill lived and worked in Berlin before returning to Sydney, where she is an artist in demand, creating large-scale murals across Australia. Her work has developed from bold typographic pieces into graphic illustration and paintings full of contrast, movement and detail. 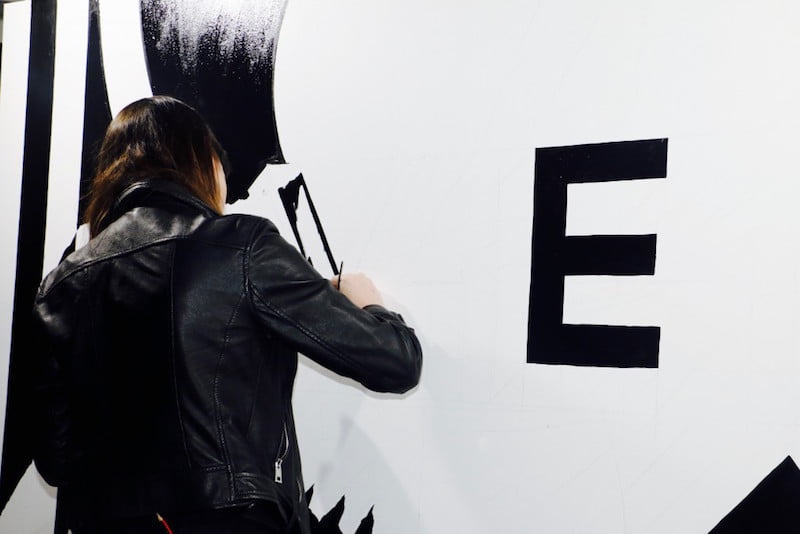 Kaff-eine creates sensual human-animal creatures, stylised children’s storybook-style characters, and photorealistic portraits. Kaff-eine has painted public and private works across Australia, Germany, France, USA and the Philippines, has had successful solo and group exhibitions, illustrated two children’s books and collaborated on a third. In 2015, she led an international collaborative art project with garbage-scavengers living in Manila’s dumpsite slums, and co-produced her first documentary ‘Phoenix’, which was awarded official selection in the 2016 Cinemaralita and Dakila Active Vista Film Festivals. 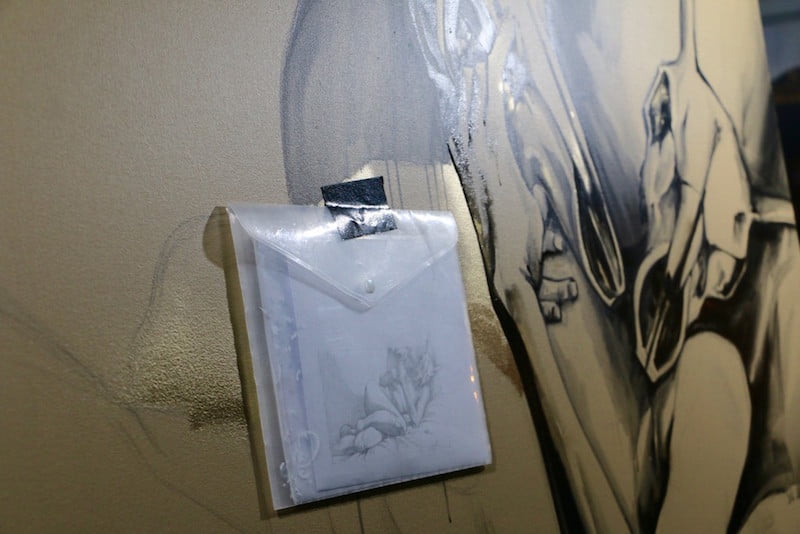 Mik Shida (b. 1990) is a Polish/Australian artist, specialising in large-scale murals, painting, sculpture, video work and installation. His dynamic murals, monumental in scale, spread across the east coast and internationally. The inherent desire for order over chaos – for categories and labels – is rife in the art world and, as a result, street art is often condensed into sub-genres. Shida’s art is testament to the fact that you cannot and should not categorise street art – his vibrant, fractal-based work is part of an ever-evolving mythos that flows continuously across manifold mediums. 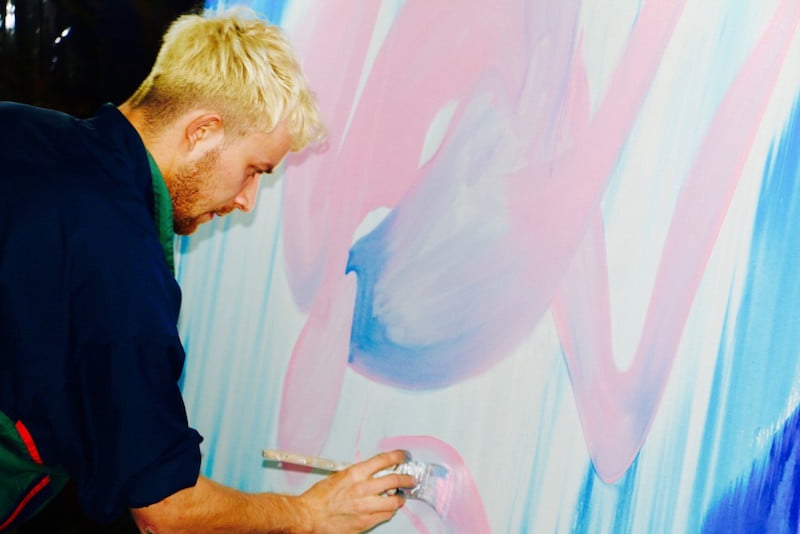 The finished artworks can be viewed here. The auction will take place on Thursday October 27 from 6pm to 8pm.
Art Auction for Charity
Lend Lease Darling Quarter Theatre
Darling Quarter, 1-11 Harbour Street, Sydney
While you’re in Darling Harbour, why not check out the best places to grab a bite?