Yes, Boozy Vegan Shakes Are A Thing (And You Can Score Them In Woolloomooloo)

Vegan and healthy foods tend to go hand-in-hand. You know the drill, it means opting for plant-based dishes that are loaded with leafy greens, hearty veggies and plenty of lentils. But, why should vegans miss out on all the delicious, indulgent dessert goodness?

To celebrate Plant Power Day on March 7th, the crew from Woolloomooloo’s Alibi Bar are launching a series of limited-edition boozy shakes. The best bit? Every single one is completely vegan. This latest addition to Alibi’s oh-so-popular ‘Dirty Greens’ vegan bar menu has been created in collaboration with Gelatissmio, using their newly released creamy vegan gelato range. 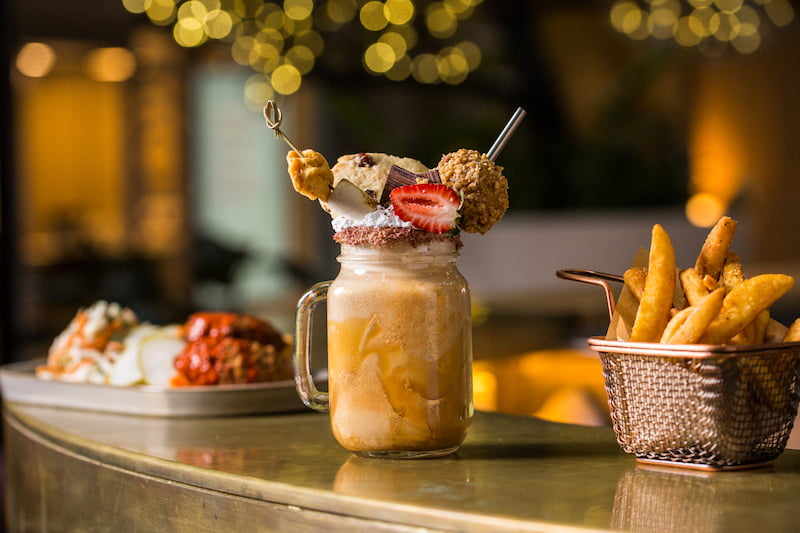 This new ‘For Goodness Shake’ range is set to deliver an exclusive range of three boozy vegan milkshakes (all priced at $20). But, there are anything but your average shake. In fact, each drink comes loaded with extravagant toppings including Persian fairy floss, macadamia cookies, protein balls and so much more. Each shake is made using Gelatissimo’s new limited-edition range of vegan gelato flavours, including Caramel Mud Cake and Triple Chocolate (along with the soon-to-be-released Coconut Cherry Choc flavour, featuring a refreshing coconut sorbet infused with a cherry swirl and began choc chips).

So, what can you expect to try on Alibi’s new menu? Start with the ‘Pot of Gold’, featuring Gelatissimo’s vegan Caramel Mud Cake gelato, Irish Whiskey, almond milk, vegan whipped cream and vanilla, all topped with cranberry shortbread, toasted hazelnuts, honeycomb and a peanut protein ball. Next up is the ‘Triple Threat’, made with the Triple Chocolate gelato, macadamia milk, Frangelico, Disaronni, Beluga Vodka and finished off with lashings of hazelnut spread, waffle cone, brookie, toasted marshmallow and a vegan Snickers. Finally, we have the ‘Tropicolada’, made with the Coconut Cherry Choc gelato, 10-year-old Caribbean Rum, Falernum syrup, tropical puree and lime zest and is topped with Persian fairy floss, hundreds and thousands and a ginger and macadamia cookie. 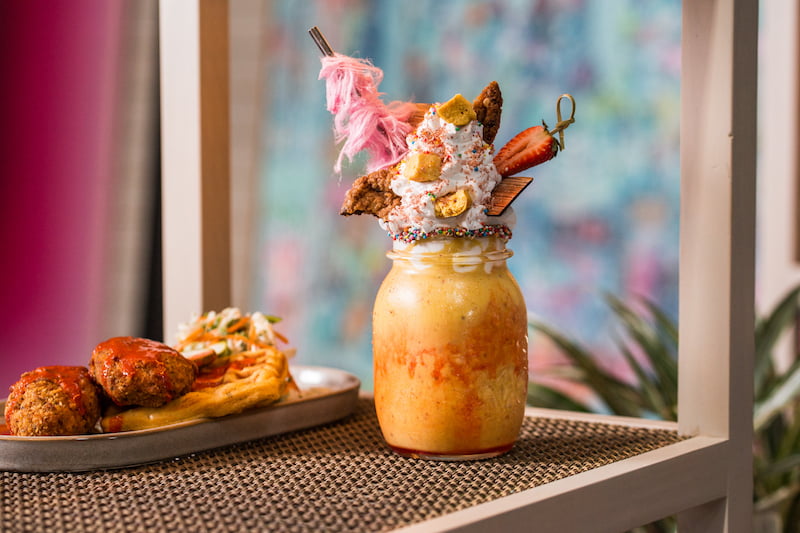 These delicious shakes will be served alongside Alibi’s Diry Greens bar food menu, featuring 100% plant-based American diner classics (including everything from vegan cheeseburgers to delicious Chick’n and waffle burgers). Now, that’s more than enough reason to try the vegan lifestyle.

Alibi’s For Goodness Shake range will be available from Saturday March 8th to Saturday April 4th (available Tuesday to Sunday from 4-11pm).