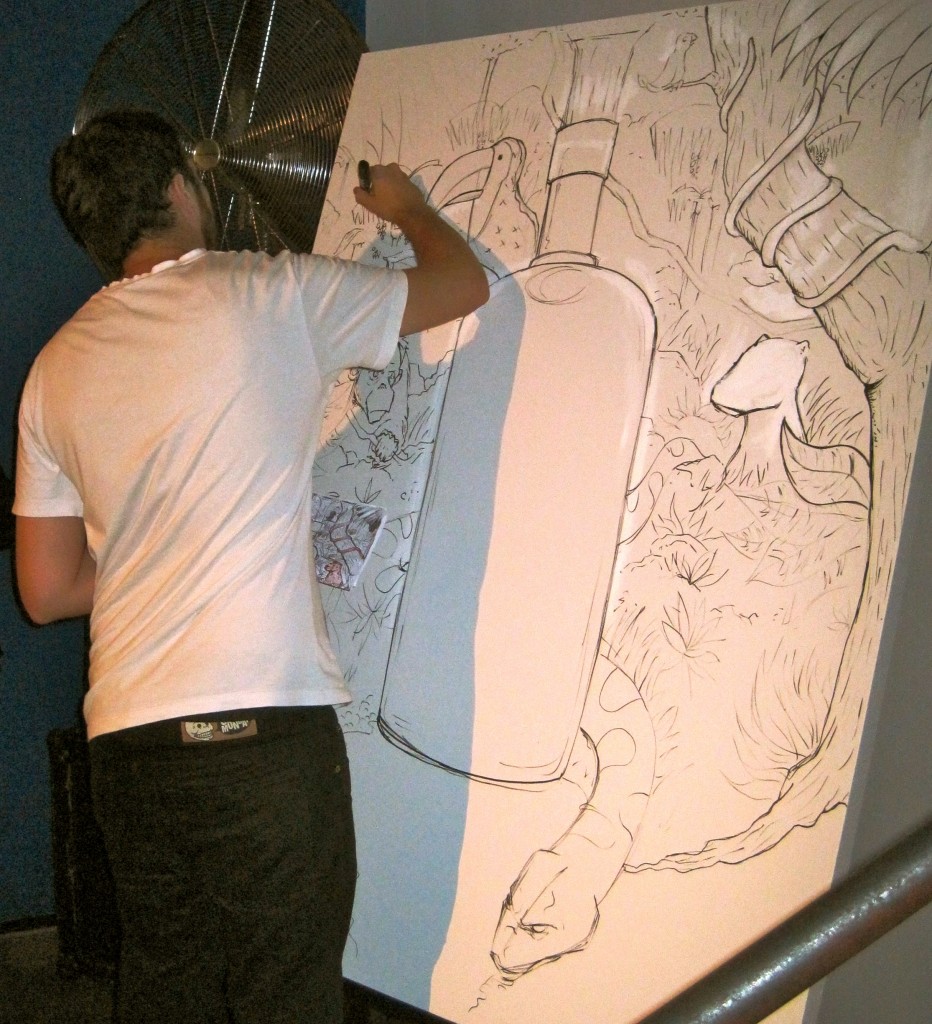 Ray Bradbury famously said that ‘you must stay drunk (on your art) so reality cannot destroy you’.  To be honest, when you’re drinking freshly twizzled cocktails, admiring art by Andy Warhol and Louise Borgeois, and being plied with New York style pizza slices, reality seems like a pretty good place to be – drunk or otherwise.
Stepping into the launch of the Absolut Art Collection at the Ray Hughes Gallery in Surry Hills, you would be forgiven for wondering if you had taken a ride on a ‘Back to the Future’ hovercraft and found yourself in downtown New York circa 1980s.  Silver armchairs, Mario Bros pinball machines and colourful artworks recreate the street style made famous by Andy Warhol’s factory.  The fact that the artwork descriptions can only be accessed by flashing your iphone QR reader at the wall (which provided us with hours of novelty factor entertainment) is one of the few hints that it is, in fact, 2011.
Turning the traditional art gallery on its head, Absolut has set up a cocktail bar (where you can try the new Berri Acai flavoured vodka) and invited local and international music talent including Justine Miller, Mighty Mouse and Justin Vandervolgen to enhance our appreciation of the Absolut-themed art on display.
The world tour of the ‘Absolut Art Collection’ hit Sydney on the 18 March, and is open from 5pm every night of the week bar Mondays (and 2-11pm Sat & 2-10pm Sun).  A series of Sydney-based artists have also been commissioned to paint a work inspired by the new Absolut Berri Acai.
Entry is free, the Berri Sour cocktails delicious and lounges are comfy.  Whether you’re kicking off a big night or out for a quiet drink, you have until the 27 March to get your injection of creativity.
Ray Hughes Gallery is located at 270 Devonshire St, Surry Hills 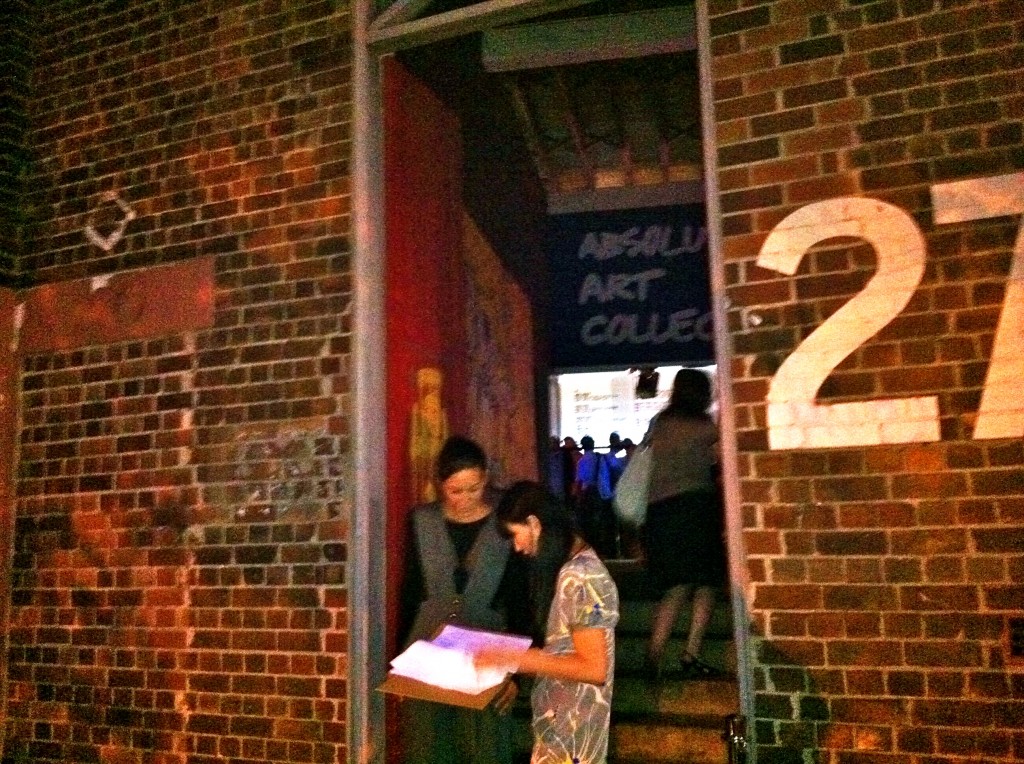 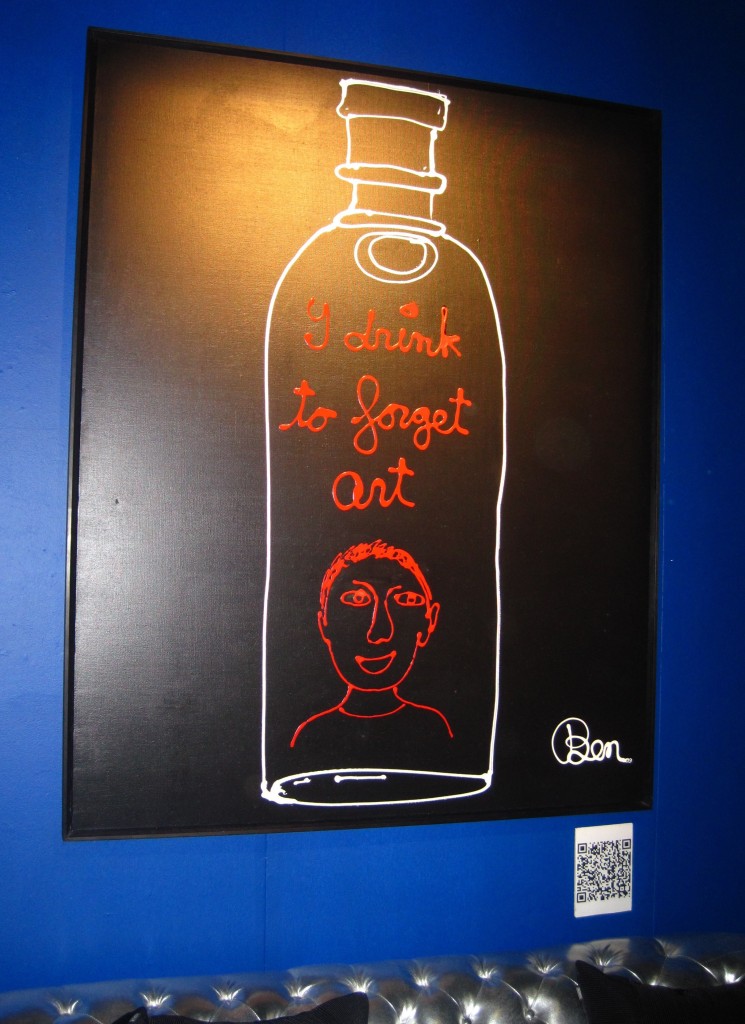 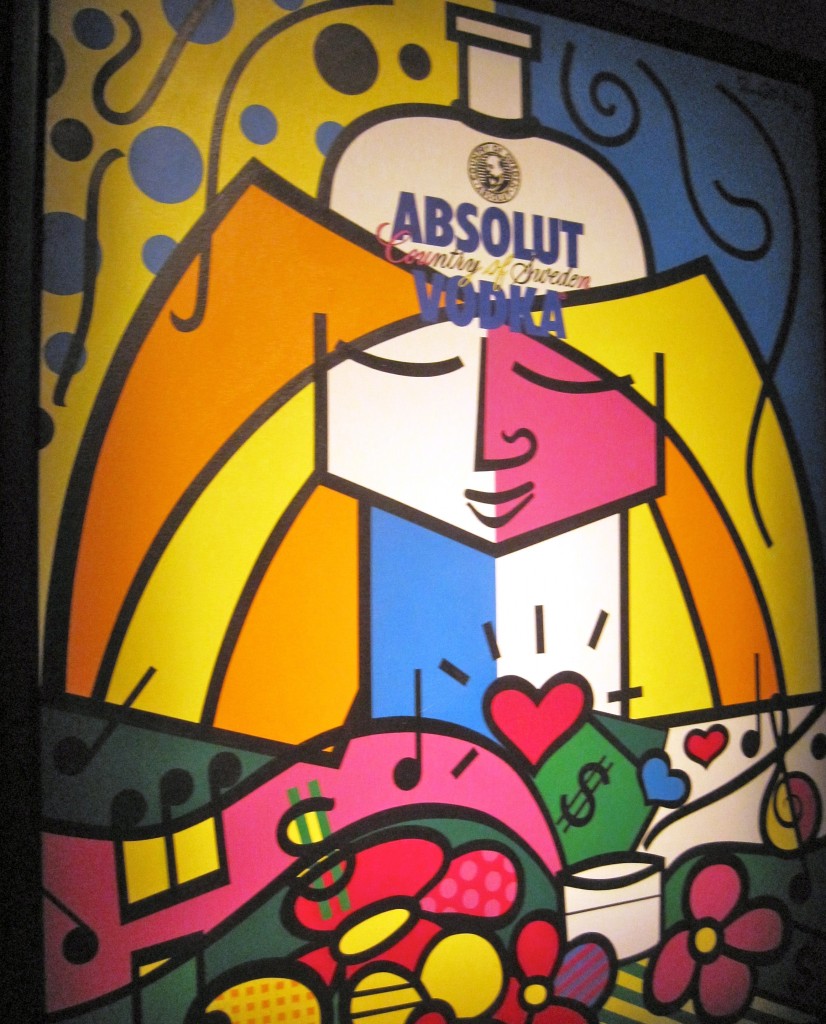 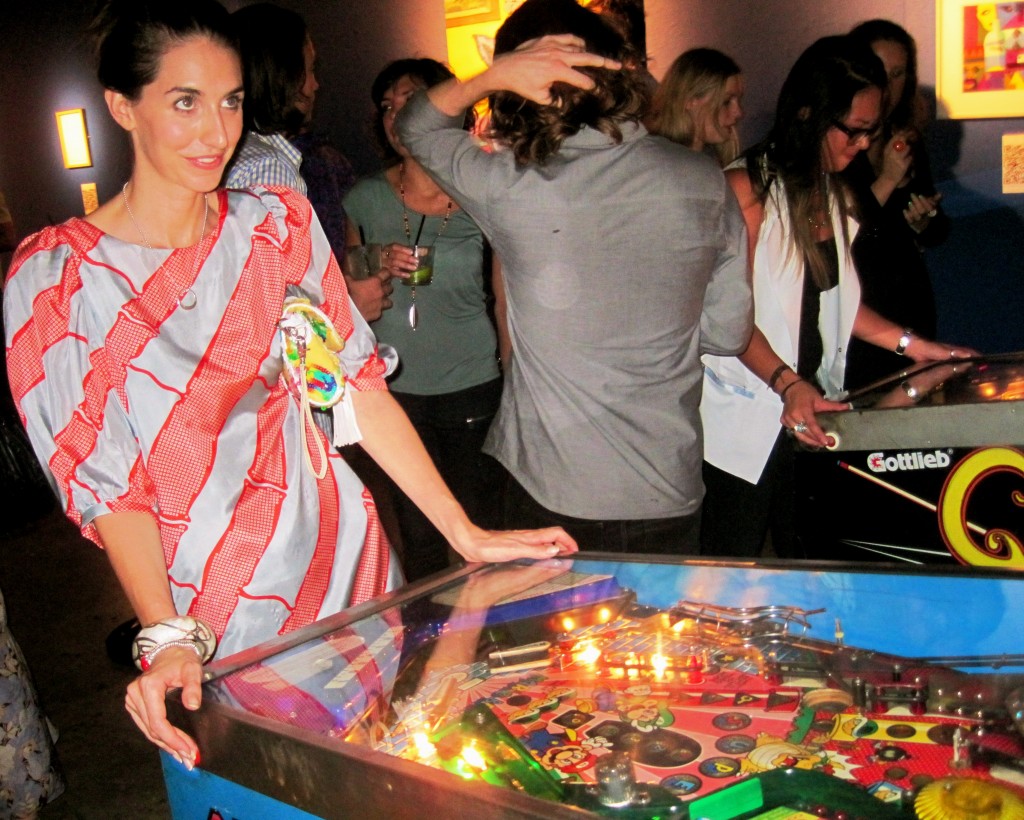 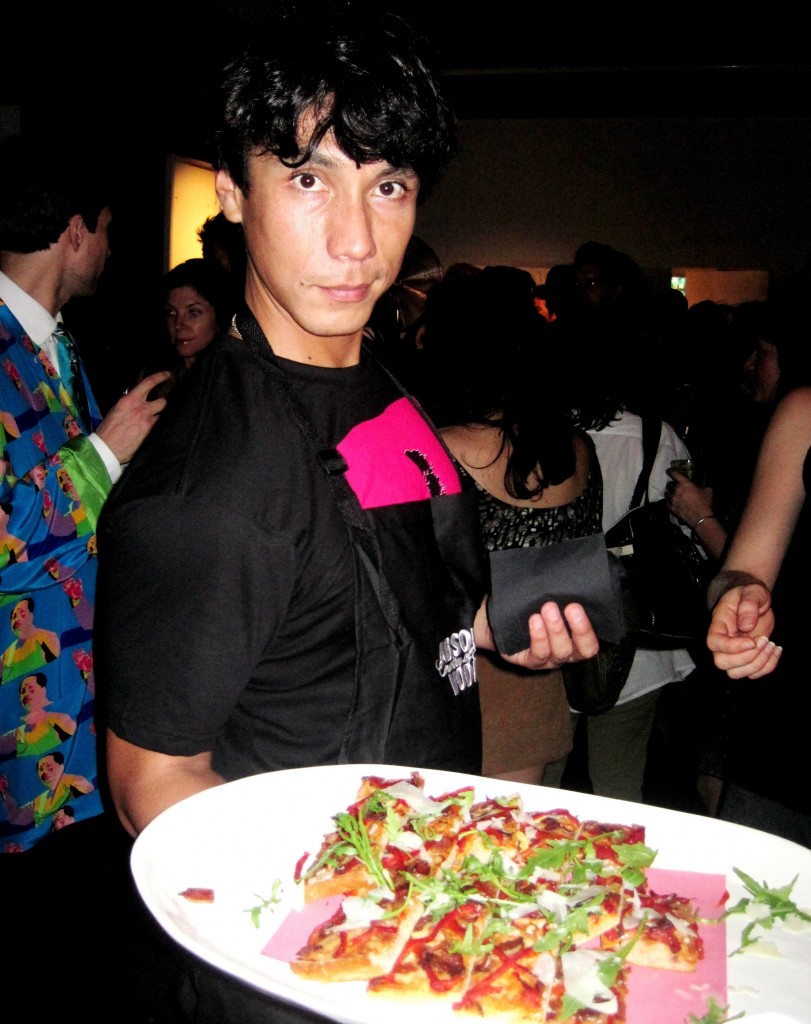