A Match Made in Devon

Devon by Night: A Young Henrys and Sakenet collaboration
Devon Cafe in Surry Hills has made a name for itself in Sydney, fusing ‘East and West’ with ‘cafe and cool.’
In keeping with this tradition, Devon’s second location on Waterloo’s Dank Street has teamed up with the craft brewery Young Henrys and the online liquor store, Sakenet, to introduce a new Asian-inspired banquet menu.
They have two set menus, both with a minimum of five courses each matched with specially chosen beer and sake combinations. 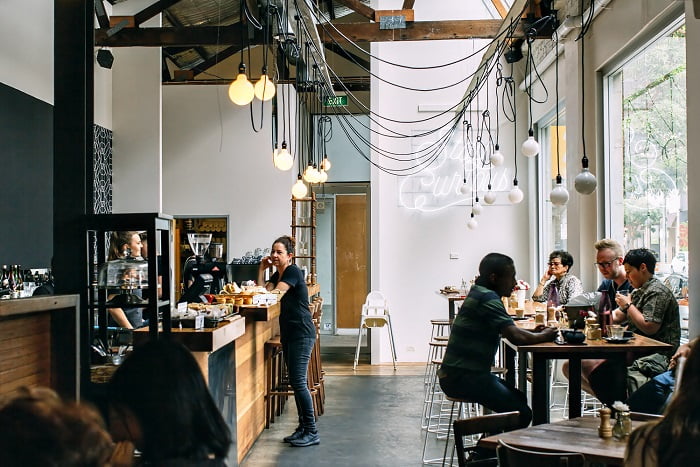 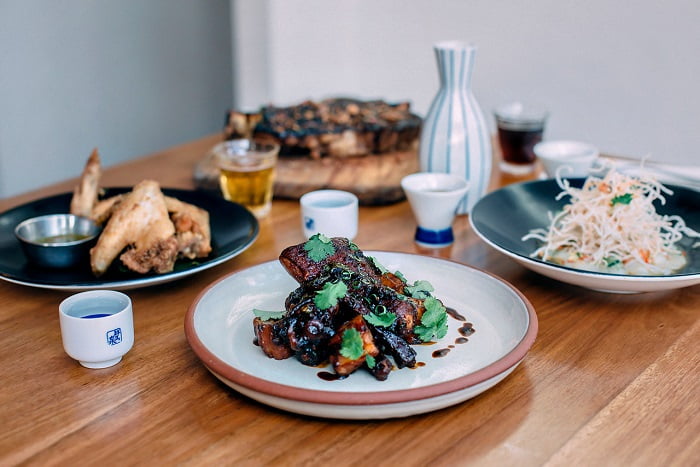 The beer x sake combination brings a fun and new dimension to the tradition of pairing food with wine. It’s a fitting match given that both alcohols use the same brewing process.
We are long time fans of Young Henrys, but up until our night at Devon on Danks, our exposure to sake had been limited. Experiences of drinking sake had mainly been confined to knocking-back the cheaper varieties, usually drank in an effort to be authentic but inevitably outdone by whatever sashimi was on offer.
As such, we anticipated a wince and a burn to proceed our first sip of a cloudy Dobu Sake. We were pleasantly surprised to taste it’s light smoothness, with only a touch of bitterness.
To accompany the Dobu, we enjoyed some cheesy Lobster Spring Rolls paired with a Natural Lager. This was followed by a round of ciders and Agedashi Tofu. 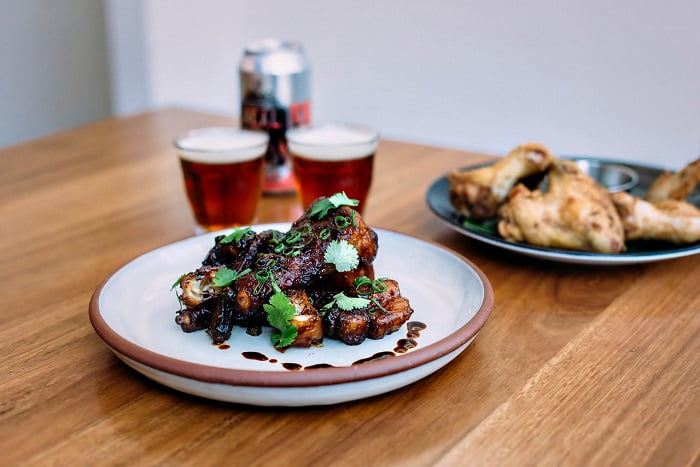 The next course included Sticky Pig Tails which tasted like an Asian, glazed version of pork crackling – enjoyable with a Real Ale in hand.
A Korean style Fried-Chicken-and-beer combo came next with crispy wings, served with a Real Ale. Fall off the bone ribs were also served, and both dishes came with a side of rare and limited edition Hiokizakura Sake.
Sake etiquette infers that the pourer distribute the drink into the glasses of guests. As instructed, we held out our glass in two cupped hands, and drank the warmed alcohol in small sips. 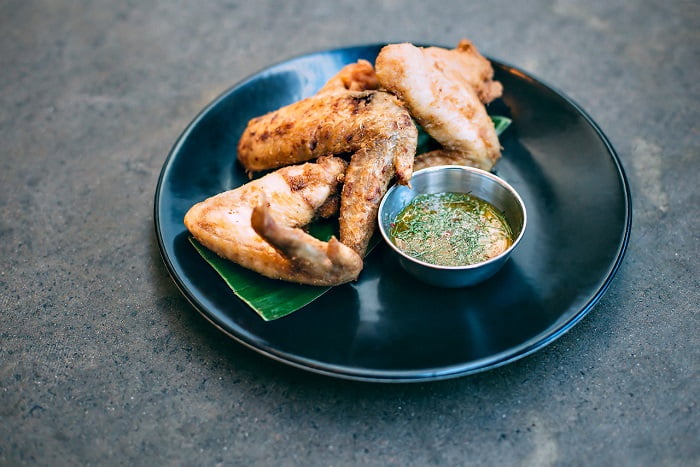 The evening ended on a high with Mirin Poached Pears and Nasu Dengaku Miso-grilled Japanese Eggplant. The caramelised eggplant was an exotic and inventive desert that reminded us of cooked figs – pretty sweet if you ask us! 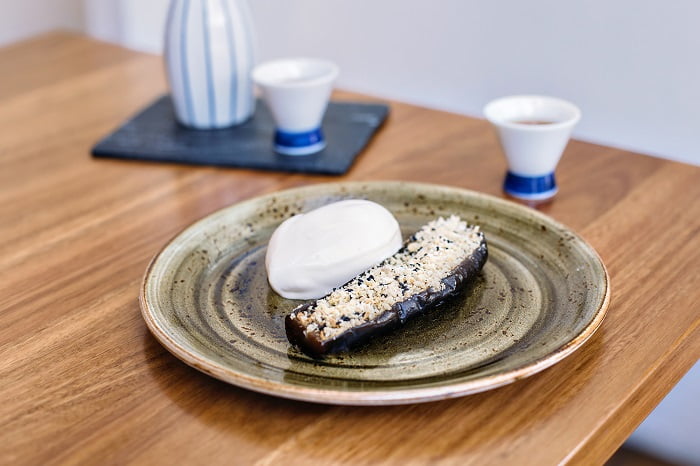 The sake and beer banquet options will be available from October 2 for a limited time. There’s two price options and each menu comes with a non-alcohol option.
Devon On Danks
2 Danks Street, Waterloo NSW 2017
02 9698 7795
Trading Hours
Monday to Friday: 7am – 4:30pm
Saturday and Sunday: 8am – 3:30pm
Dinner is served on Wednesday to Saturday: 6pm – 10pm