I’ve walked past 1821 restaurant on Pitt Street many times since it opened a few years ago (where Vault Bar used to be). Peering through the large windows I’ve always been intrigued. The beautiful high ceilings, the buzzing atmosphere of filled tables during lunch and dinner and the romantic alfresco seating in the laneway. 1821 has been on my foodie bucket list.
Arriving on a rainy Thursday evening it is a relief to enter the warm restaurant with it’s soft, low lighting. Delicious aromas lure me in as dishes whizz past to busy tables filled with afterwork diners. We take a seat as I scan the all white room with pops of red and notice the little Greek references throughout the restaurant. Two ornate white horses are mounted above the front door, a large Greek flag is splashed across one of the walls in white, letting the exposed brick peak through. The high ceilings are held up by giant columns and hanging from the beautiful front bar are red lamp fixtures in the form of traditional Greek guards hats (the little red ones with a black tassel). 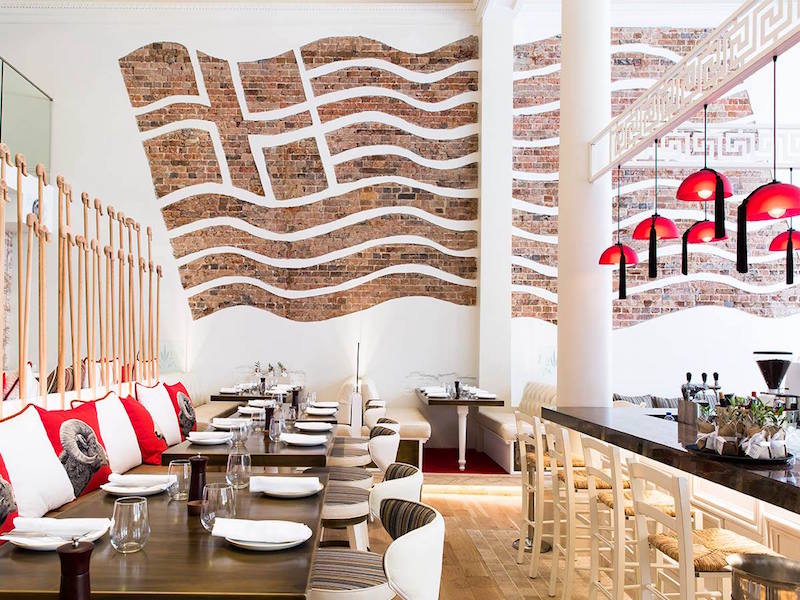 There is a great atmosphere at 1821, everyone seems to be having a wonderful time. Our bubbly waiter comes to take our drink order and we excitedly ask for recommendations on Greek reds by the glass. His face pinches as he suggests something else. Apparently the Greek reds by the glass aren’t great. We decide to taste the wine ourselves, a 2013 Alexakis Artis – Kotsifali. He’s right, it’s awful. Perhaps a glass of Pinot Noir? They’re all out of that by the glass so he suggests a McLaren Vale Shiraz. Not quite the same but at this stage we’ll take anything. We hedge our bets and order a glass of the 2015 Domaine Naturaliste Cabernet Sauvginon from Margaret River and the 2015 Kangarilla Shiraz from McLaren Vale. Success. 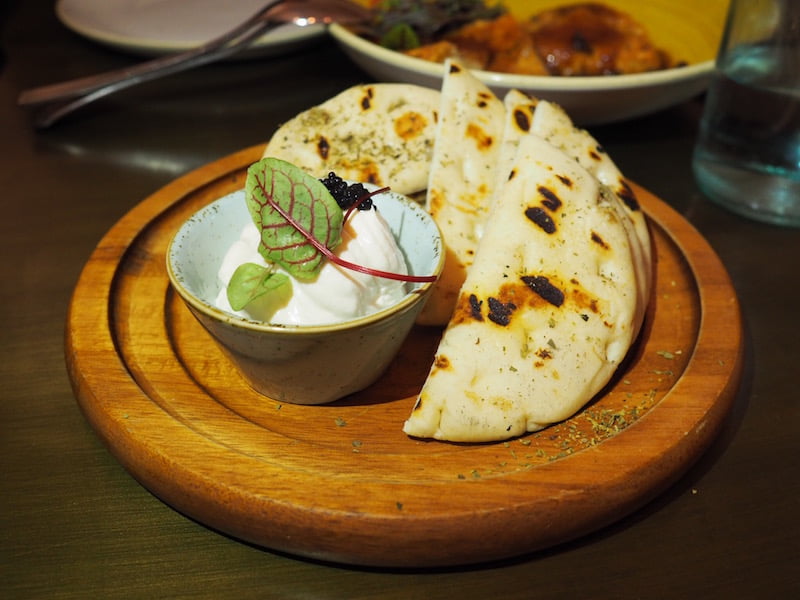 The menu is designed to share so we order seven dishes between the two of us including dessert. “Is that too much?” we ask our waiter. We’re told it will be just right. And so the feast begins.
We start with a beautiful pale pink taramasalata ($14) made with swordfish row and a delicate balance of garlic, oil and lemon juice served with some fresh pita. Next, the sesame crusted haloumi ($24). Two large pieces of haloumi are crumbed and fried before being cut into half and topped with a hot quince syrup. Pieces of dried kalamata olives are scattered over the dish and a rather sad looking side salad adds some colour to the dish. There are no confit cherry tomatoes in sight as the menu suggests but the dish doesn’t need it anyway. Eat this dish fast! The first bite is delicious, the textual crunch of the crumb followed by the soft haloumi is fantastic, as is the combination of sweet quince and salty cheese. But let it sit for more than five minutes and that soft inner will turn to rubber. 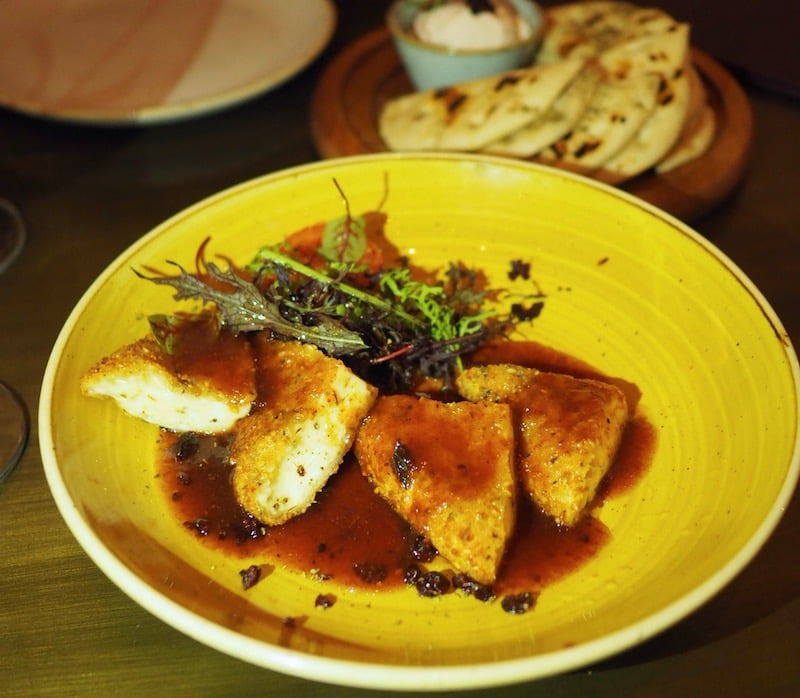 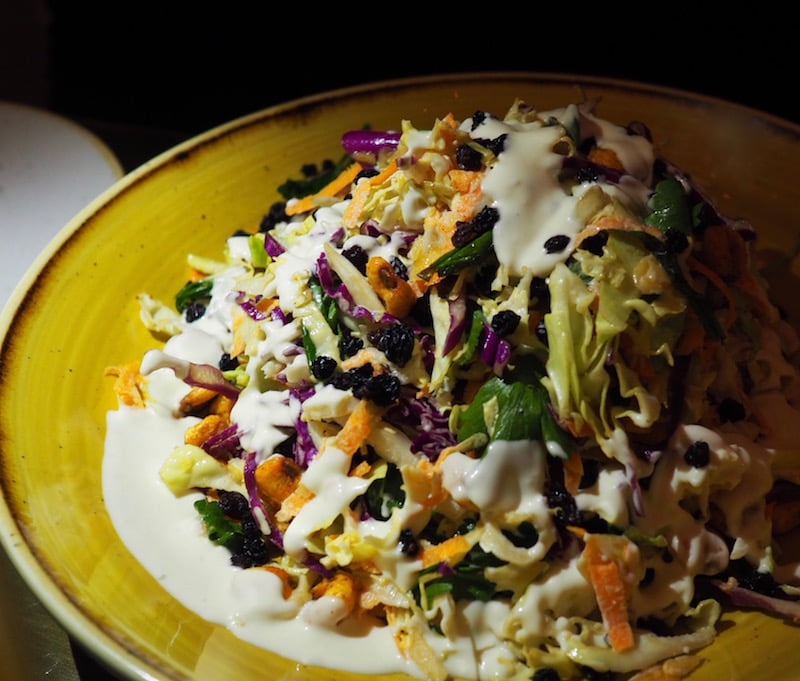 The texture continues through to a very generous portion of Greekslaw salad ($14) A colourful rainbow of cabbage, carrot, currants, mint, toasted almonds, graviera cheese is tossed through with some buttermilk aioli. This in itself is a great salad with lots of flavour and the right amount of crunch. But then there’s the addition of spiced corn. Lot’s of it. All throughout the salad. Every delicious mouthful is filled with two to three pieces and I’m just waiting to lose a filling. 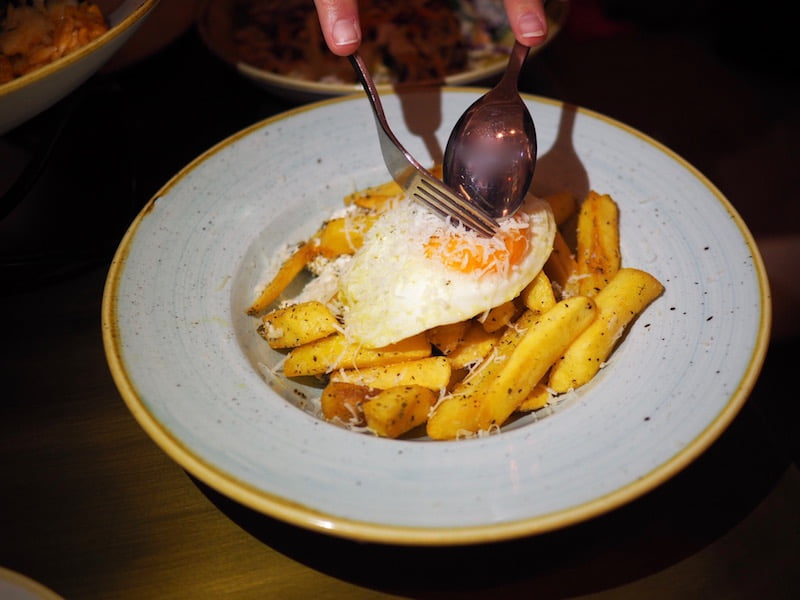 Already feeling full it’s a struggle to get through our mains and the stereotype of Greeks being big eaters shines through. I’m reminded of my own Greek family occasions and the inevitable marathon of eating. Two large pieces of slow roasted, succulent lamb ($39) are presented on a bed of silverbeet, leek, herbed yoghurt. The knife glides through the soft meat and with a drizzle of lemon it’s a perfect mouthful. A mouthful is all I manage as there’s other dishes to try and i’m running out of room. Filling up on Yia Yia’s hand cut chips ($14) was a mistake. They come topped with crumbled feta, mountain oregano and a fried egg. Mix the egg and feta through the chips before eating and you’ll see, they’re very hard to resist. The seafood saganaki ($38) on the other hand is underwhelming. The prawns are floury and the pieces of blue eye fillet overcooked. The addition of orzo (risoni) to the rich tomato sauce and the melted kasseri cheese makes it such a heavy dish. We should have stuck to just lamb. 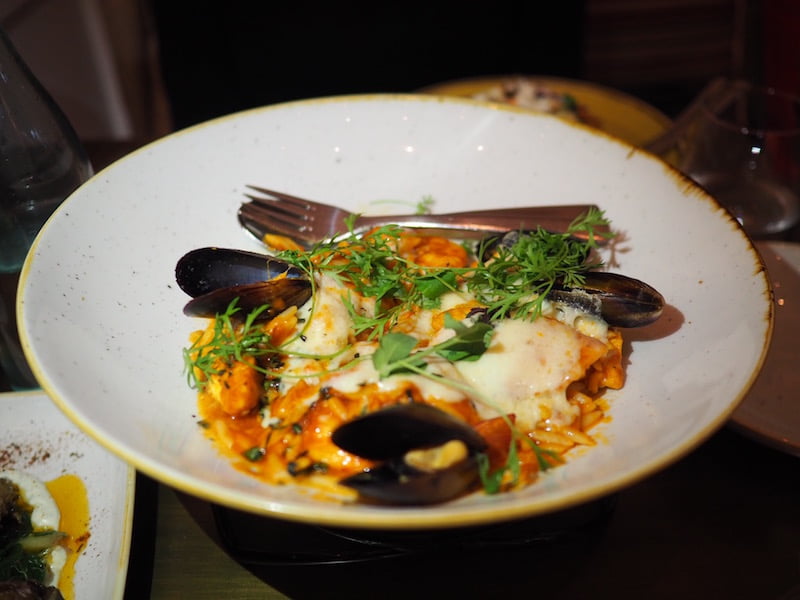 Somehow we make room for dessert and it’s the best decision we make all night. The custard filo pie ($15) is a take on the Greek bougatsa and is flawless. Crispy flakes of filo are filled with semolina vanilla filling and topped with mixed berry compote. A delicious, olive oil ice cream is served alongside with subtle yet interesting hits of olive oil. 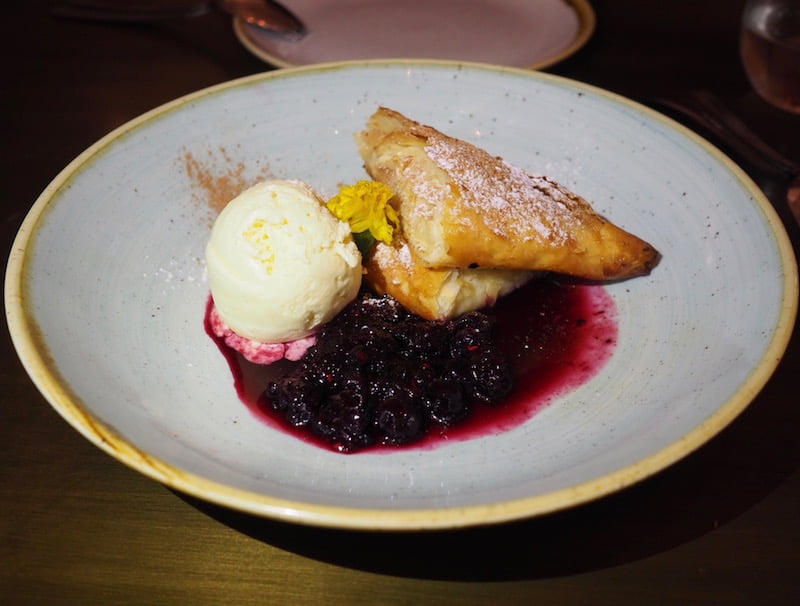 Having barely touched our lamb we get it packed to go. We definitely over ordered despite our inexperienced, yet enthusiastic waiter’s recommendation. I’d recommend what we ordered between three.
On our way out we go searching for the third level. 1821 has a bar downstairs called Bar Odessa. It’s quite big and feels bare with just four people in there but the bar looks well stocked, especially if you’re a vodka drinker. With a separate side entrance off the laneway I joke to my date this would make the perfect place for a secret rendezvous. 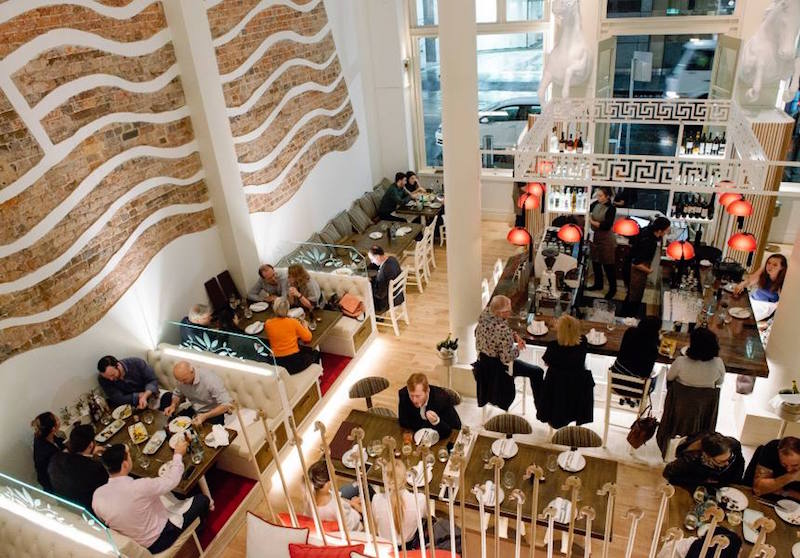