“You’ve got to watch the new Qantas safety video,” is not a phrase one usually expects to hear. As vital as they are, flight safety videos are usually the most boring part of any flight. You’ve seen one, you’ve seen them all. Right? Wrong.

The new Qantas safety video that’s sweeping the web, shows that safety videos can be not only entertaining but mesmerising too. In a collaboration with Tourism Australia, their new in-flight safety video showcases the beauty of this wide, brown land of ours and the real, authentic people who inhabit it. Over a soothing soundtrack, the five-and half minute video goes through the safety instructions we’ve all heard dozens of times but in a whole new way. 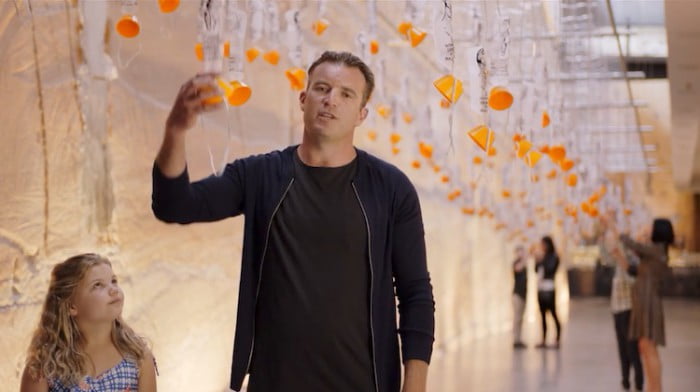 A truckie explains seatbelt safety, oxygen masks hang from the ceiling of Tasmania’s Museum of Old Art and New (MONA) and the demonstration of the brace position is performed by a yoga class on the shores of Hamilton Island. Of course, the glittering waters of Bondi Icebergs Pool and beach are featured, as some sun-baking ladies give you a lifejacket demonstration.

The video will be introduced across Qantas’ domestic and international fleet from February, as well as featuring on the airline’s online channels. You can look forward to more viral videos throughout the year as Qantas and Tourism Australia work together to show off Australia to the world.

A surprising lovely video, that’ll make your next flight all the more interesting. Check it out below.