It was Patrón perfect at the 2016 Perfectionist Cocktail Competition

Sydney’s floating bar The Island played host to the 2016 Perfectionist Cocktail Competition, sponsored by Patrón recently. Australia’s top nine competitors were selected from over 115 entries, which called upon bartenders to enter their Patrón Tequila cocktail worthy of a Perfectionist. 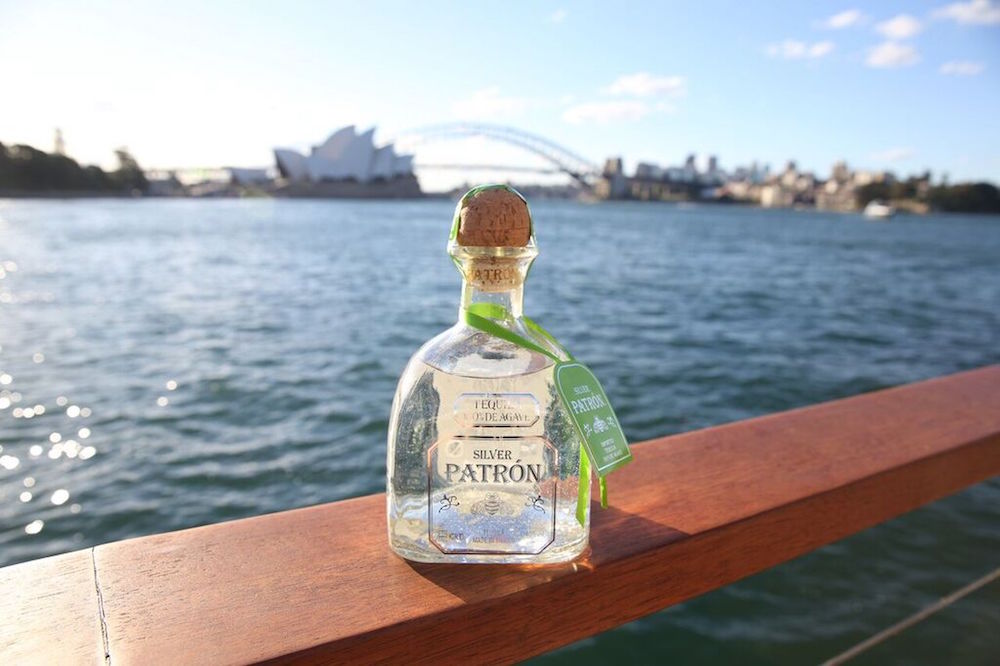 In front of five esteemed judges and over a hundred guests, the finalists competed for a luxury trip to the Hacienda Patrón – Patrón Tequila’s stunning distillery in the highlands of Jalisco, Mexico – where they will represent Australia in the Global Patrón Perfectionists Finale. 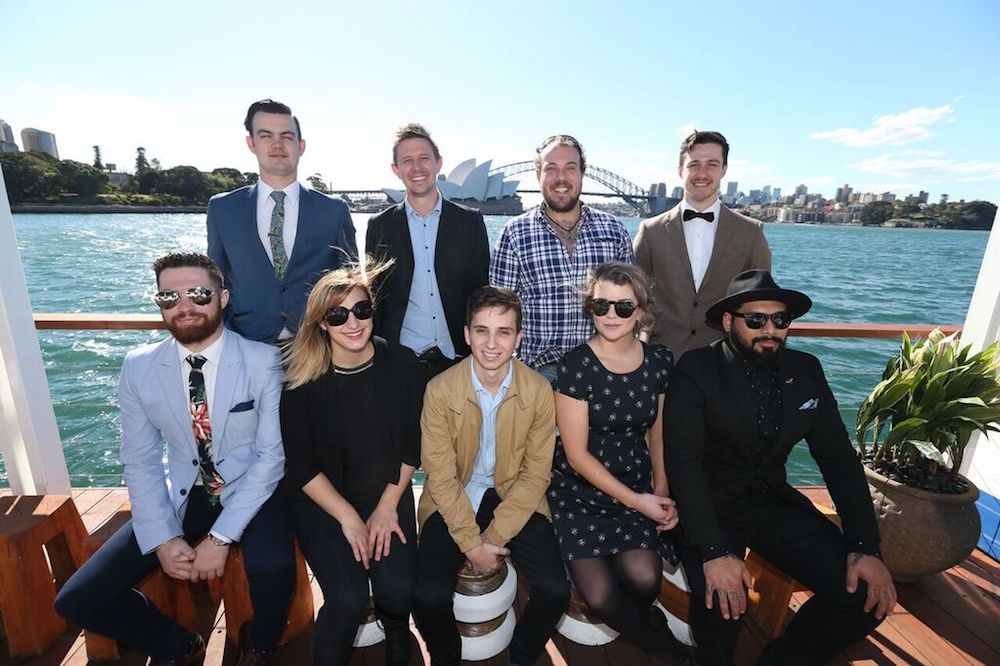 First up was Kurtis Bosley with his original cocktail La Smoka Rosa, which was inspired by his recent trips to Cancun and Belize. The drink and was intended to be “a true representation of Mayan heritage”. He encouraged the judges to interact with the drink by giving them sombreros and teaching them how to pour a shot of Mezcal into the drink and trap the smoke into the drink for an aroma of spice. 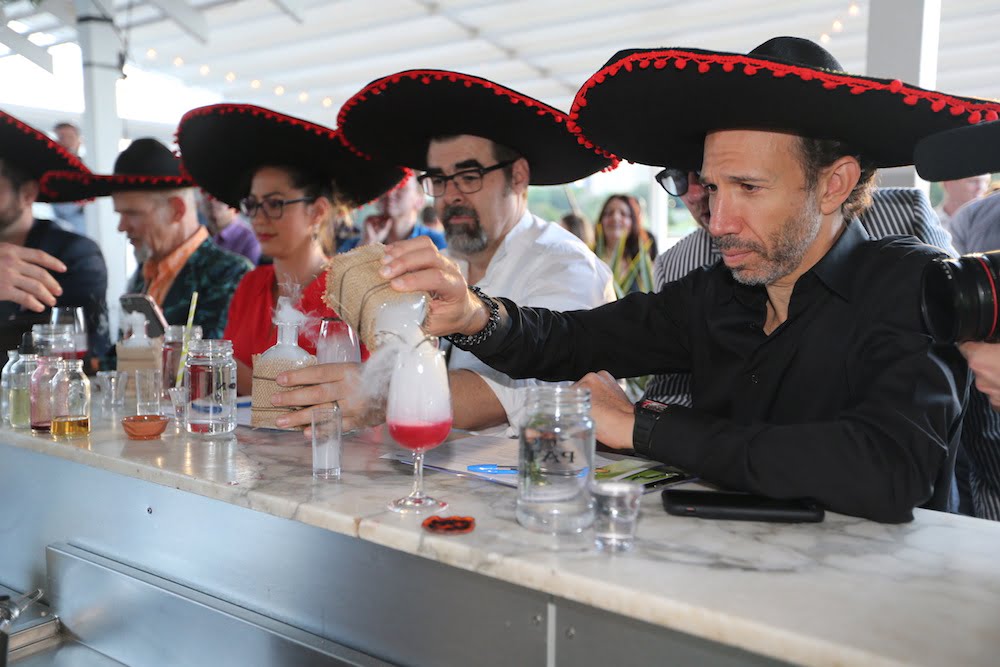 Next up was Queensland native Alexander Boon with his creation The Hacienda Cup, who explained that the key to a great cocktail is choosing the ingredients around the alcohol. Boon chose white rockmelon, blended for viscosity agave syrup sweetener to bind the fruit to the tequila and neutralise any bitter tones, and then added white peppercorns for spice and a rich sherry. 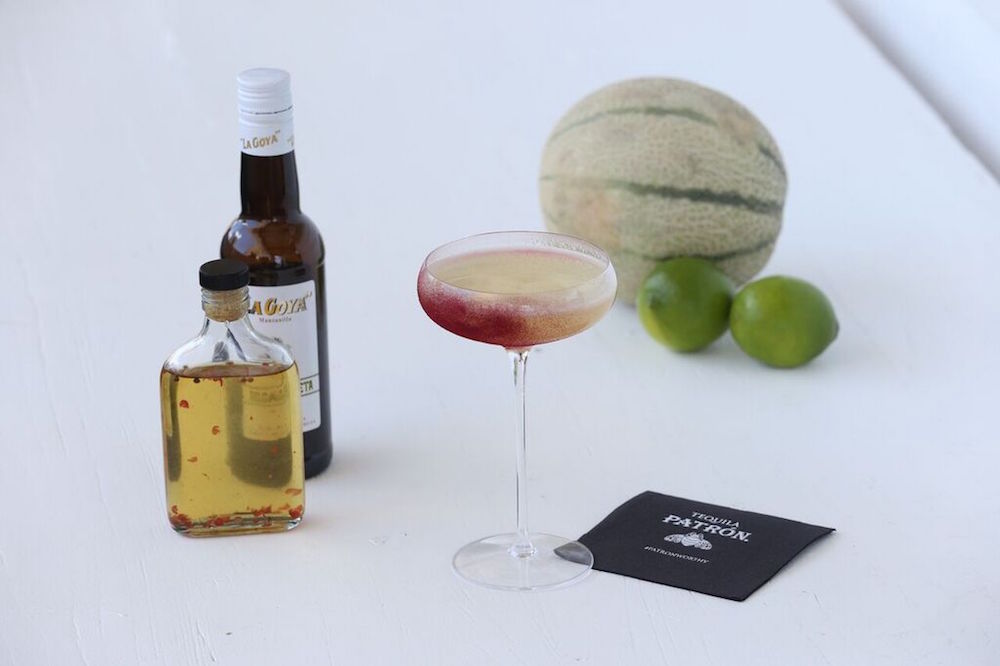 Representing Victoria was Nick Cozens, who dished up his winning creation Song of the Sea, inspired by Australians’ love affair with the ocean. Cozens added a few drops of salines solution to a generous amount of Patron silver. He then created a pineapple, salt and pepper sand to coat the rim of the glass (or shell) when you serve the cocktail, inspired by “the golden sands of Mexico”. 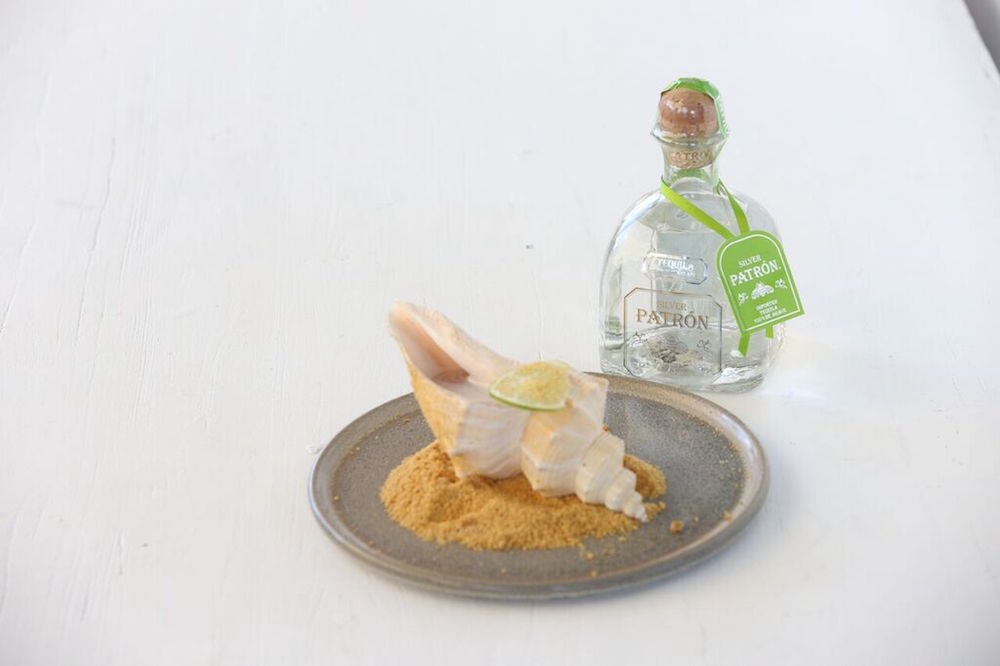 Following him was Alex “Happy” Gilmour and his original concoction Don’t Take Me Lightly Seniorita. Happy drew his inspiration from the sweets and desserts of Mexico, using Patron Blanca with muddled limes, sweet syrup, sherry, egg whites and homemade cacao power. He then served the cocktail in a balloon glass with a side of Mexican, home-styled chocolate. 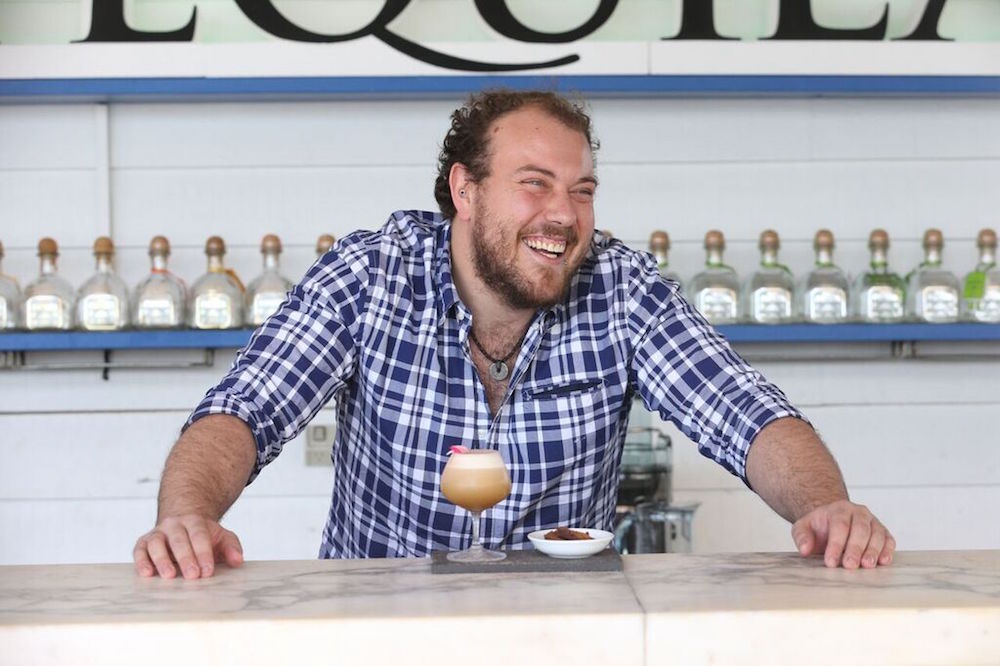 Representing Western Australia was Mitchell Gurrin and his creatively-named Fifty Shades of Clay, which takes its name from the deep reds and oranges of the land out west. Gurrin used the naturally spicy and fruit Patron Adagio as “the star of the drink”, and added aerated mandarin juice, liquid lemon sherbet for depth, lemon juice for tang and a home-made clove-syrup. Finished with a sprig of thyme, the deep orange hue of the finished cocktail really does evoke the chalky, ochre colour of the Australian land. 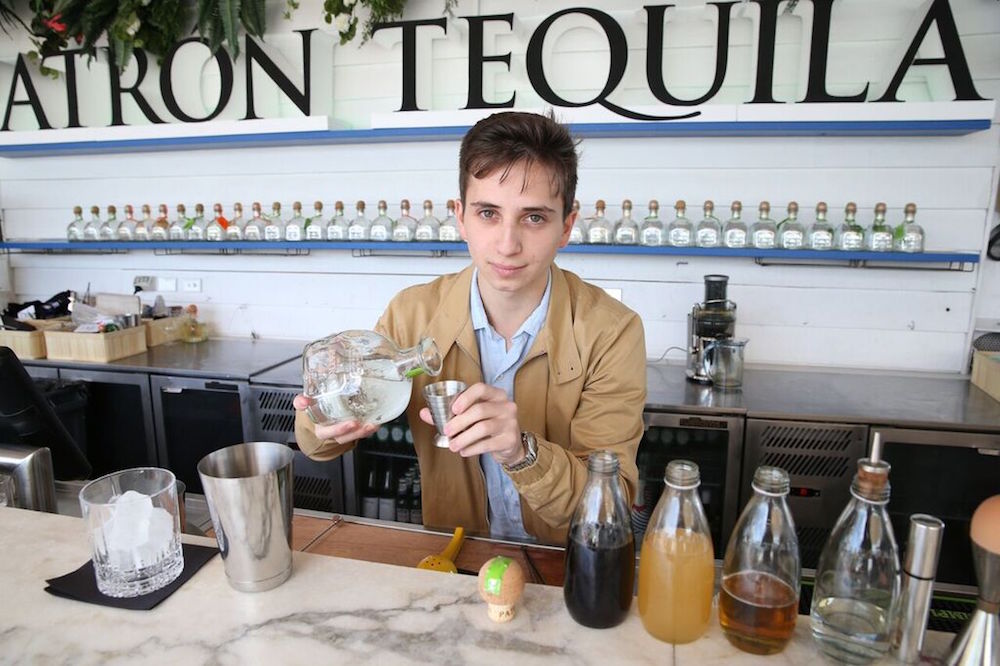 Also from WA was 20-year-old Nicholas Anile, the wild card in the competition with his surprising drink The Wild Himalayan. He paired Patrón Blanco with an egg white, a dash of saline solution, guava bitters, agave syrup, grapefruit sherbet, lime juice and lillet rouge for a surprisingly-textured, pink-coloured cocktail that looked too good to be true. 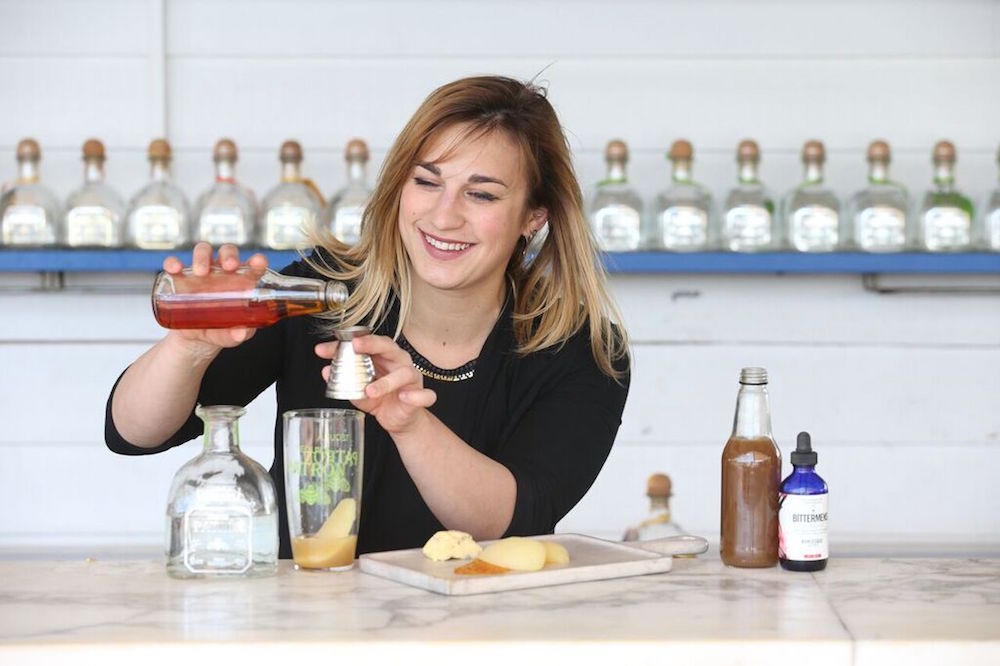 Then the first female contestant, Hannah Bolt, served up her cocktail Split Personality, which made the bold choice of mixing the flavours of tequila, apricot and cheese, describing her drink as a Waldorf Salad in a glass. She used Patron Silver, honey, lemon juice, apricot brandy, cinnamon and crushed cider-toasted pears, garnished with apricot leather stuffed with blue cheese. 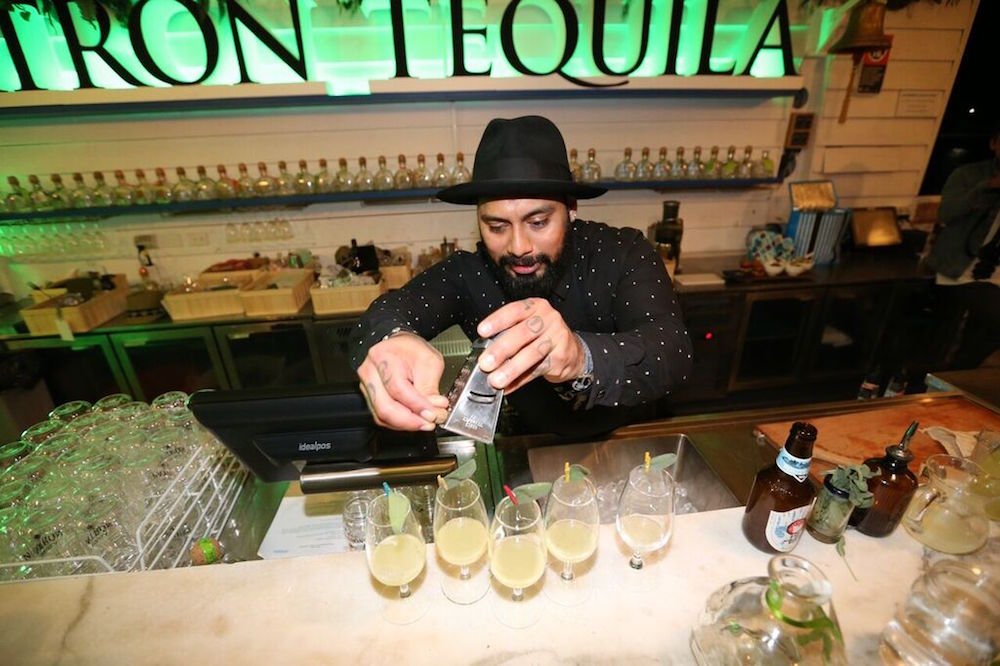 Next up was another Victorian native, Alexander Boon and his creation Sage Advice, which is inspired by Mexico and “my huge soft spot for tequila”. A twist on the classic Margarita, Boon used Patron silver, homemade grapefruit sherbet, fresh lime juice and sage for a woody, earthy flavour. He served it on crushed ice with a dried lime wheel, and finished it with freshly-grated nutmeg. 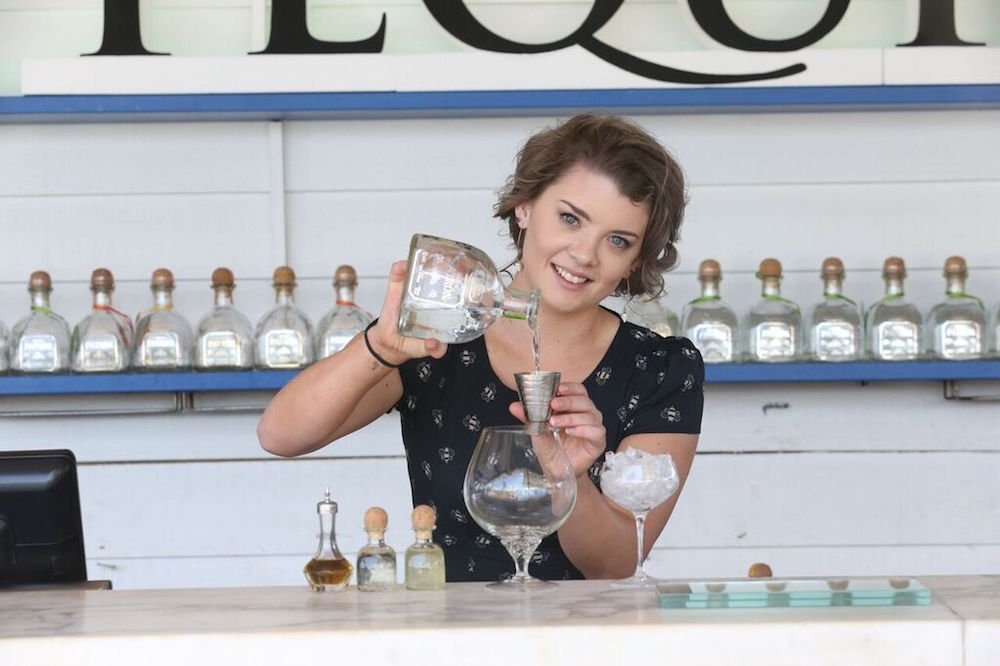 Finally, Melbourne native Sarah Mitchell and her creation El Claridad pulled off the seemingly impossible and mixed a totally clear cocktail. Using Patron silver as the base of the drink, she explained how she had clarified white grapefruit juice to make it virtually transparent, and then added white pepper, sugar syrup, salt and cardamom spice. After stirring, true to her word, the cocktail was – impressively – almost fully clear. 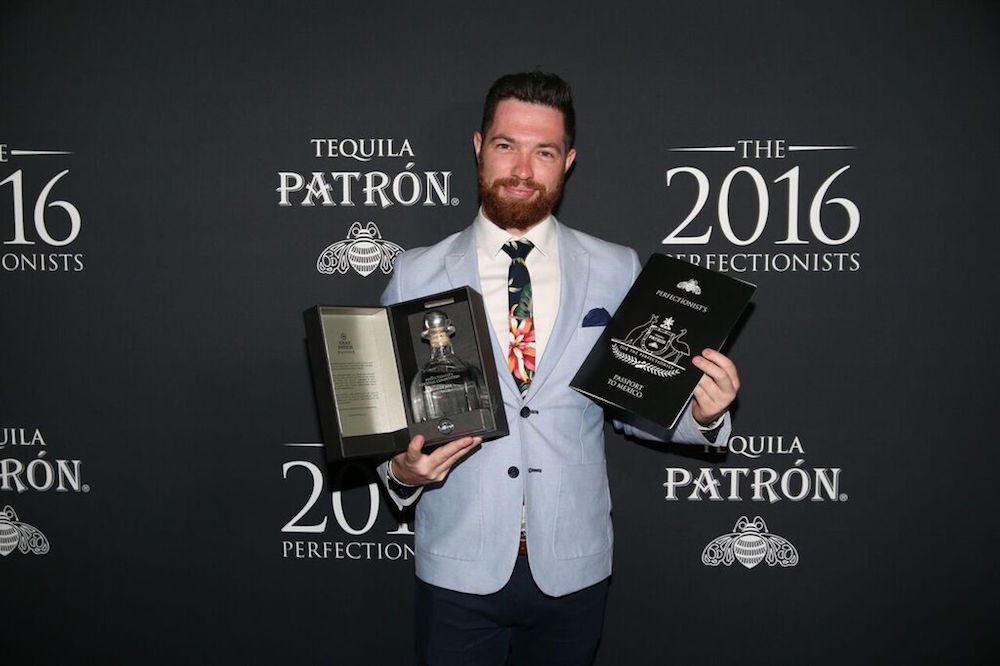 Nick Cozens and his cocktail The Song of the Sea will go on to represent Australia in the Global Patrón Perfectionists Finale in Mexico. Hailing from Melbourne, Nick is currently employed at Eau De Vie  and has previously won The Perfect Blend Victorian Final and been a Runner Up in The Perfect Blend National Final and Top 16 2016 Australian Bartender of the year.

From classic margaritas to creative new cocktails, Patrón Tequila have something for everyone. Find out more here.