It’s no secret that coffee, in all its forms, is the lifeblood of Melbourne. But Australians aren’t afraid to dip their toe into the pool of Other Hot Drinks, with half the population brewing a hot cuppa tea every day. But what about chai? Not the syrupy pale chai-flavoured lattes, but real Indian chai – warm, spicy and a little sweet. We spoke to Apoorv from Melbourne’s Original Chai Co. about the chai from her childhood in India, and how to make an authentic cup of chai to warm your soul this winter. 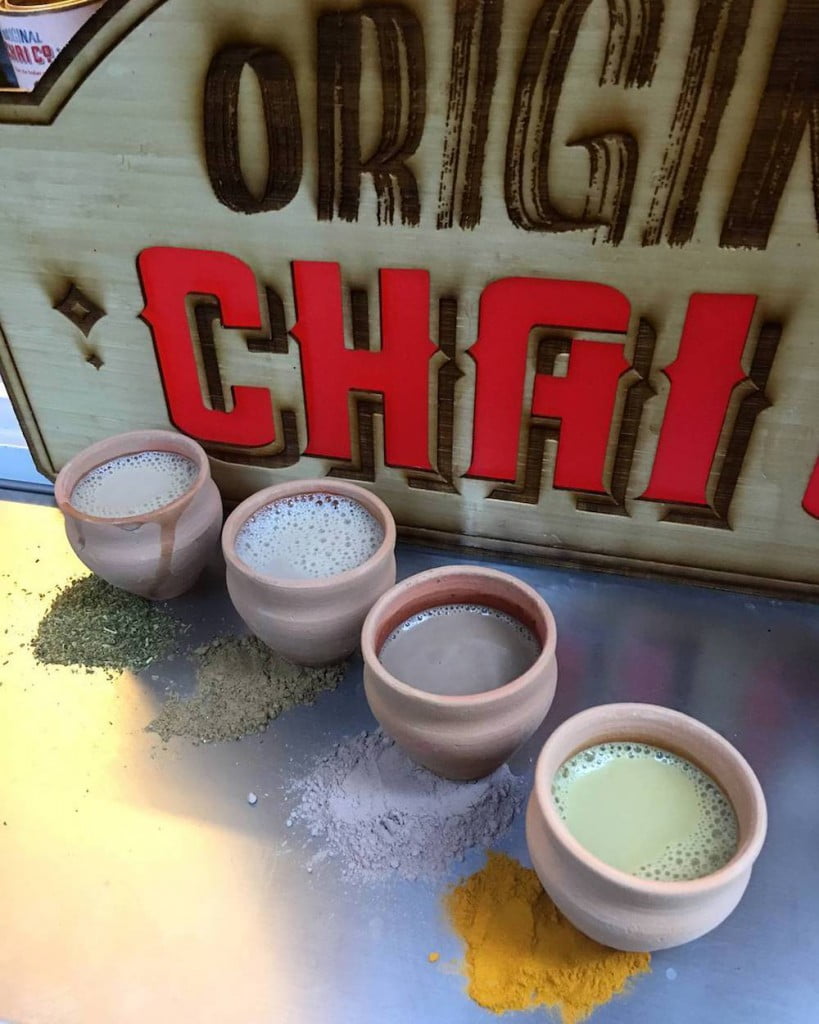 ‘There are many ways to make Chai at home. Chai essentially means Tea in Hindi (note: calling it ‘chai tea’ is basically saying ‘tea tea’) but when you add spices to it, it becomes masala chai,’ says Apoorv.
‘Depending on your taste preference, you can enjoy one flavour at a time in your chai, or brew up a rich, warming masala chai with a mix of spices the old school way.
‘A balanced spice mix is quite complex top achieve as you need to incorporate the flavour of each spice to create that balance. The idea is to compliment each spice with the help of the others’ profiles, instead of making them compete with each other.
‘A fun way of experimenting with spices would be to try cardamom chai using only crushed cardamom added to the tea, ginger chai, by adding grated ginger, or just clove chai which uses crushed cloves.’
Chai for the purist
Recipe for two cups :
Ingredients:
1 cup of water
1 cup of milk (Full cream, light, soy or almond)
2 cloves OR 2 Cardamom OR 1/4 inch of grated ginger
2 teaspoons of black tea
2 teaspoons of raw sugar
Recipe
Boil a pot with the water, add any one of the individual spices – smashed first with a mortar and pestle to relapse the flavour – and turn the flame to low.
Simmer for few seconds before adding the black tea, then simmer for few seconds more to let the tea release it full colour and flavour.
Add the milk and sugar and cover the pot until it boils. Strain and serve in a cup.
Masala Chai – The Original Chai co way
‘Tea with a blend of various favourite spices is a handy way of making chai without thinking too much, right when you need it the most.
‘At Original Chai Co. we have packaged our tea and spices in separate containers which are inspired by the lunch box tiffins from India.
‘In India we always store the spices and tea separately which doesn’t compromise the freshness of either tea or spice.
‘This way of packaging our chai also allows you to personalise your chai just the way you like it. If you prefer your chai strong or spicy, you can make it the way you like each time. In Indian homes, chai is made differently for every member of the house and we wanted to retain that touch of personality in every cup.
‘With a ground spice mix, your Chai is always consistent with that exact flavour and its ready in minutes.’ 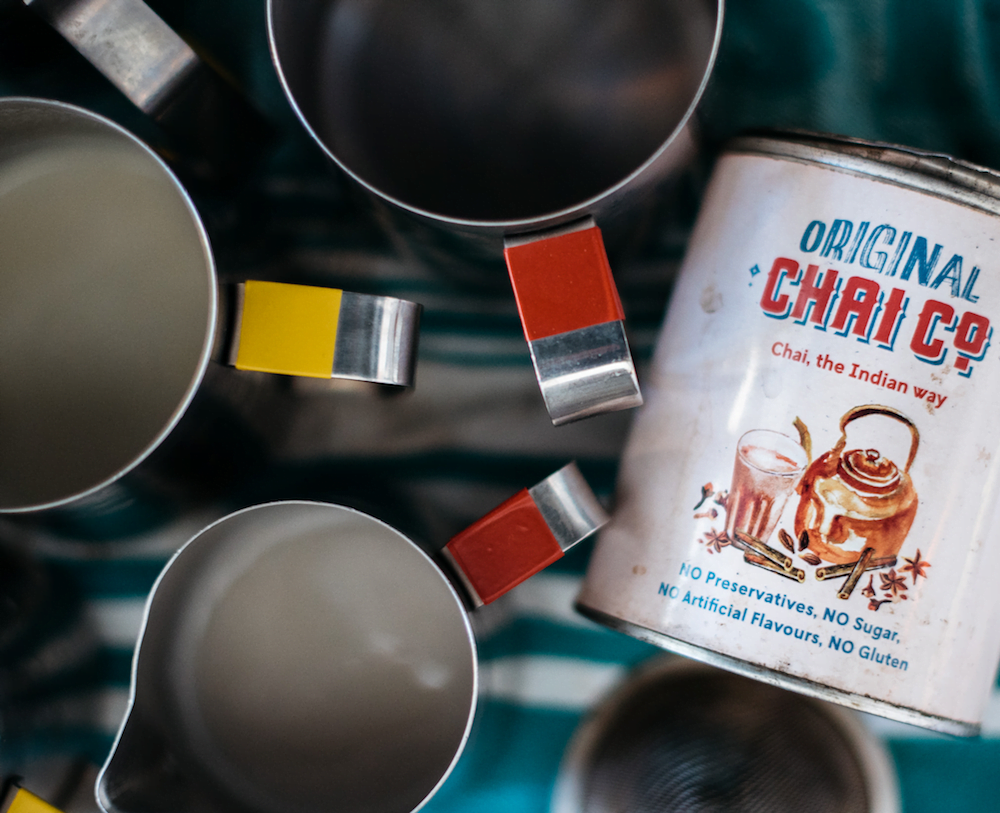 Recipe for two cups:
Ingredients:
1 cup of water
1 cup of milk (Full cream, light, soy or almond)
Original Chai Co’s Masala Chai Tin
2 Teaspoon Raw Sugar
Recipe
Boil a pot of water, add 2 teaspoons of black tea from the bottom container of the tin. Simmer for few seconds.
Take the pot off the flame and stir in 1/2 teaspoon of spice mix, add in the milk and sugar. Return to a low flame and cover the pot.
Bring to the boil while gently stirring the pot once or twice over the flame. Strain and serve in a cup.
TASTY TIP: A must-have accompaniment to chai at home is Indian Tea Rusk, a dried biscotti type of biscuit that’s perfect for dunking in chai. Something sweet and crisp to dip into chai is just another way to appreciate the combination of flavour and textures of warm, delicious chai.
Original Chai Co
Follow on Facebook and Instagram to find out where the chai truck is.
Order your chai online