Bosozoku brings burgers, bubble cocktails and the dark side of Tokyo to South Yarra.

A Japanese biker gang has hit the streets of South Yarra, but not in the way you might think. Bosozoku – which literally translates to ‘running out of control’ – is a term used to describe a notorious Japanese biker gang. As it so happens, Bosozoku is also the name of the brand new Japanese burger joint and Sake Den shaking up Melbourne’s neighbourhood in all the right ways.
Situated off Chapel Street, this 200 seater hang out is the brainchild of Craig Kellermann, Dan Hansen and the Mauer brothers, a creative group who run venues including the Bird Watching Society, and St Kilda’s Lady Grange. Guaranteeing good times, Bosozoku is where all their  combined Tokyo dreams have come to fruition. 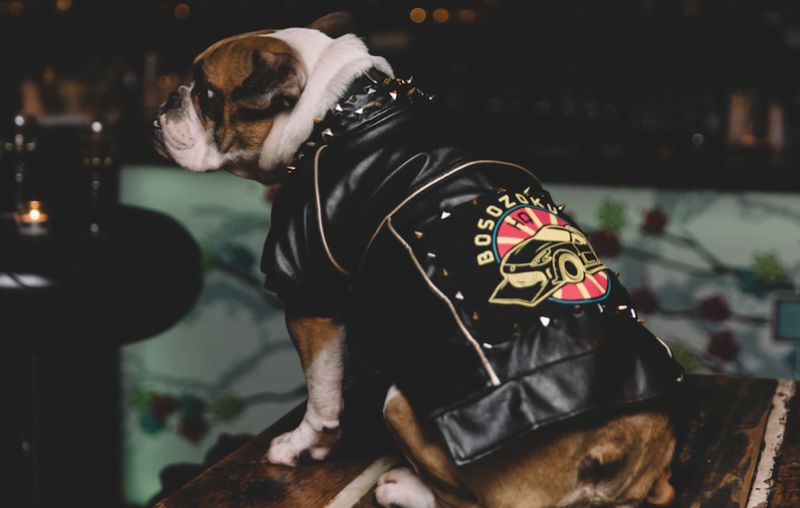 “Bosozoku has been a long time coming, but we are so excited to see all of our ideas combine into one venue that offers so much. Awesome burgers, top class drinks and an atmosphere that keeps on giving. It is one of a kind,” says Bosozoku owner Craig Kellermann.
There is a lot happening at Bosozoku. Secret Sake warmer stations, karaoke rooms, pool tables, motorcycle chandeliers, outdoor fire pits, Hitachi train seats and a figurative Onsen at the base of Mt Fuji (a dry ice spa that you can kick back in whilst sipping on a cocktail!).
Heading up the kitchen is Chef Tomoya Kawasaki (Yoku Ono & formerly Wabi Sabi). On the menu are crafty Japanese burgers, including the ‘Die By The Sword’ swordfish burger, the ‘Road Rage’ sliced wagyu burger and the extravagant ‘Big Lobster BLT’, made with fresh lobster tail and coming in at $42. For the Instagramers in the room, all buns are naturally coloured brioche, including black charcoal, beetroot and green matcha buns, making for a visually striking meal. 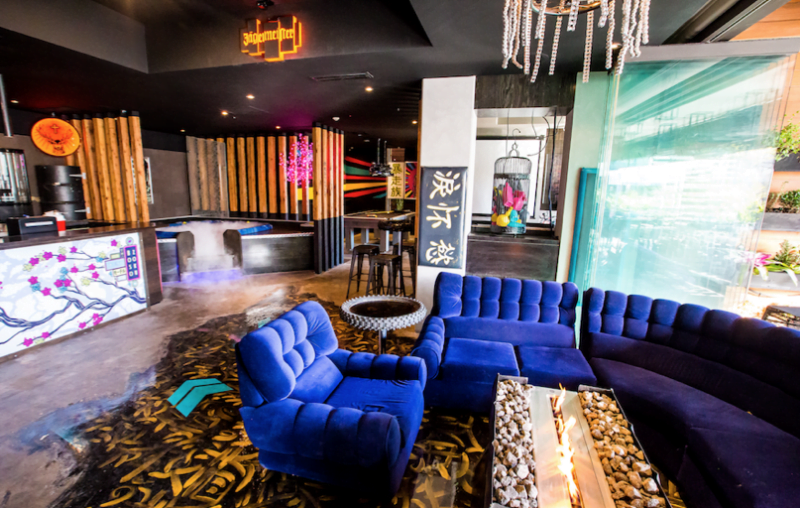 Also on the menu are Japanese classics to snack on including edamame, gyoza, chicken karage and Bosozoku’s take on poutine – Japanese chicken curry poutine fries. For those who are carb conscious, you can also opt to have your burger made into a bento format on black rice.
Aside from an array of Japanese beers, sakes and whiskeys, Bosozoku is putting a Japanese twist on cocktail classics. Whether it is an Espresso Martini twisted with vanilla bean sake, a Wasabi Bloody Mary hair of the dog or Cherry Blossom infused gin; you can say Kanpai (cheers) to that!
Bosozoku
34 Bray Street, South Yarra
Open: 7 days 5pm – 12am
Instagram: @bosozokuhq
Facebook: facebook.com/BosozokuHQ/