Saint Lucia is a little corner of Caribbean paradise in Windsor

Tucked in the Windsor end of Chapel Street, Saint Lucia satisfies your holiday daydreams by transporting you to the Caribbean, Cuba and Southern America, all in one night.
While owners Charlie and Steph are the first to admit that Saint Lucia isn’t all-authentic, the cooking styles and flavours of each dish are inspired by their edible travels around Cuba and the Caribbean. There’s no denying that each mouthful has you feeling like you’re feasting on a tropical island. 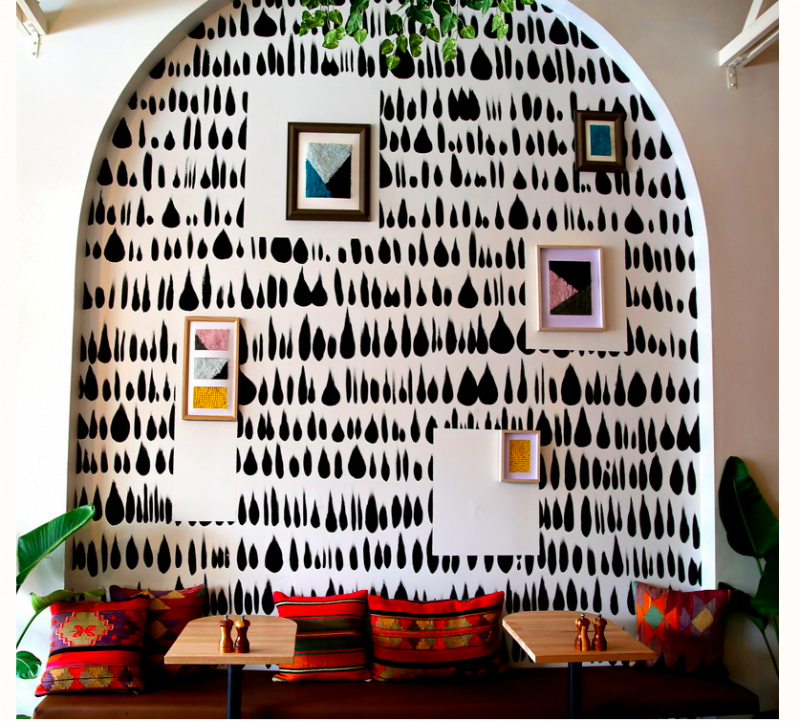 As you walk in to Saint Lucia, you’re greeted as if you were entering a friend’s living room, which isn’t too far from truth. The eclectic range of crockery and ornaments decorating the room are a combination of travel treasures and precious items from their grandparents’ collection.
Pouring over the menu, we realise there’s nothing on there that we didn’t want to eat. However between the two of us we settled on two starters: fried plantains with chipotle mayo and; kingfish ceviche.
Moving onto the mains, we chose Louisiana buttermilk fried chicken with pickles, smoked caramelised beef brisket with house bbq sauce and jambalaya (similar to a paella). We probably over-ordered, but it was so delicious we still managed to polish off all the plates. 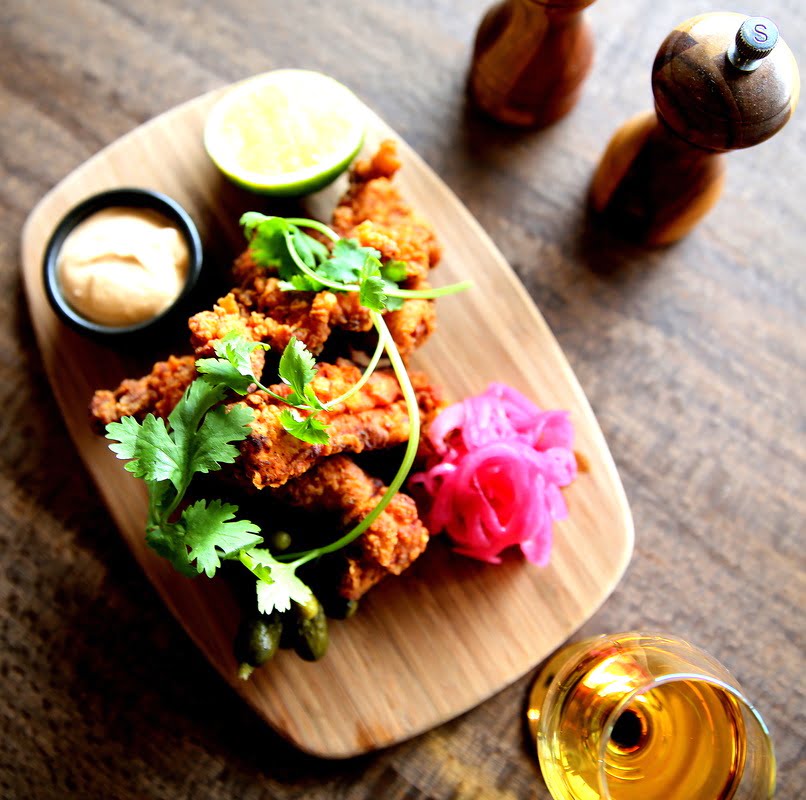 While eating ourselves into a delicious Carribean food coma, we already began to pick out dishes for our next visit.  Jerk salmon fillet, buffalo wings, Spanish chickpeas and homemade cornbread were just a few dishes that made the list.
The menu caters for vegetarians, gluten free and diary free diners as well as single diners, lovers and larger groups (they do a killer private function).
With the idea that no good meal is complete without something satisfy to sip on, the drinks menu  doesn’t disappoint. The extensive list features a well-thought out selection of tequila (Steph’s favourite) and rum (Charlie’s choice), cocktails, wine and beer. Flor de Cana rum from Nicaragua is a crowd favourite and from the cocktail list you can’t go past La Pina Plata (tequila, jalapeno, pineapple, mint and ginger beer).
If you’re saving room for dessert, let your childhood nostalgia takes over with all-time favourite, Milk & Cookies.  You can choose between a PG-13 or an R rated – R is for rum. Yum!
Next time you’re daydreaming of tropical cocktails and exotic flavours, take yourself on a trip to Saint Lucia.
If the travel bug bites and Japan is calling you, stop by Yukie’s Snack Bar next door to Mr Miyagis just a few minutes walk along Chapel Street for some foam-tastic cocktails
Saint Lucia
78 Chapel Street,Windsor 3181
Mon: closed
Tues – Fri: 5pm till late
Sat & Sun: 2pm till late
www.saintluciawindsor.com.au