Ordinarily, a hotel’s in-house restaurant is a sensible and reliable affair, leaving little of an impression. A convenience, but rarely an experience. But QT Melbourne is not your ordinary hotel, and Pascale Bar & Grill is not your ordinary hotel restaurant.
You’d be forgiven for thinking you’d wandered into an art gallery – or an immersive theatre performance – when you walk through the giant bronze doors of QT Melbourne. Industrial chic meets modern art in the lobby, which is staffed by bright young things that look like they’ve just wandered out of a party at Andy Warhol’s, ready to point you in the right direction to one of the hotel’s many playgrounds. Looking for a cool rooftop bar with a killer view? Sure, they’ve got one of those. Craving a sweet treat that would impress Marie Antoinette? No problem, pop into the Cake Shop. In the market for a high quality, imported Japanese knife? Yes, they can actually help you with that too, as you browse their range – which was curated by 10th generation Japanese sword makers, obviously. QT Melbourne is deliciously extra. 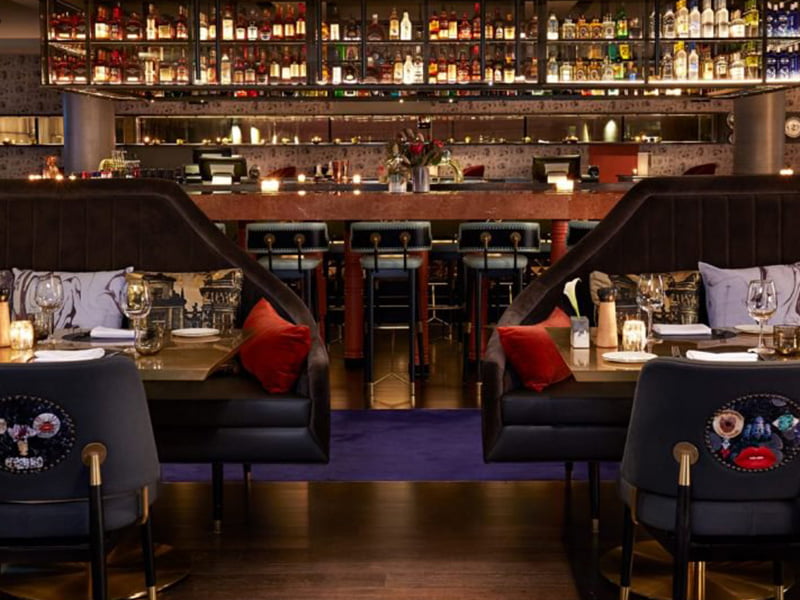 QT Melbourne is a boutique hotel that smashes together elegant styling, high-end glamour, art, and a flair for drama – and you’d expect nothing less than drama, given its location. The hotel site began its life in 1908 with the opening of Kings Theatre, operating as one of Melbourne’s most popular live theatre venues. After half a century of local and international stars treading the boards, stage lights gave way to the glow of the projector with the opening of Barclay Cinema opening in 1958, during the heyday of the silver screen. By the late 1970s, the original building had been demolished, and movie behemoth Greater Union had erected a multiscreen cinema on the site. While the stage may be gone and the projectors have wound down, a theatrical spirit and penchant for the dramatic lives on in QT.
Once you’ve taken in the sights and sounds of the lobby, ascend the stairs – carpeted in a deep sapphire, and with a golden bannister, of course – continue past the peacock and the display cases of Victorian era men’s collars, and you’ll find yourself at Pascale. Even a trip to the bathroom at Pascale is a dramatic and stylised experience: meander down dim corridors lit only by disembodied mannequin torsos with Edison light bulbs for heads and through the heavy panelled doors, and you’ll find yourself surrounded by wall to ceiling nudes, twisted into contortions that look like a scene out of Caligula. The restaurant itself is a more subdued – but just as stylish – environment, but continues the eccentric vibe through a menu that is as intriguing as it is inspired. 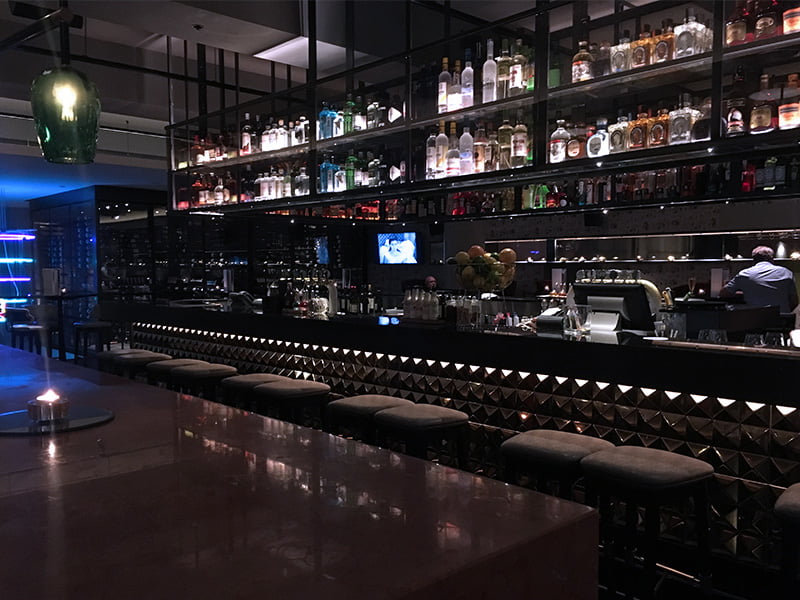 Using native ingredients grown on the hotel’s own rooftop – which also houses hives of honey bees that pollinate the restaurant’s edible flowers – the menu makes use of local flavours to give the dishes a unique twist. The arrival of new Executive Chef Andy Harmer (formerly of Vue de Monde)  has Melbourne foodies buzzing – and his dishes are as delicious as they are creative. With a charcoal grill, Josper oven and rotisserie at his disposal, Harmer has created a menu that showcases the finest fresh meats and seafoods, as well as a collection of seasonal side dishes to tease even the fussiest palate. 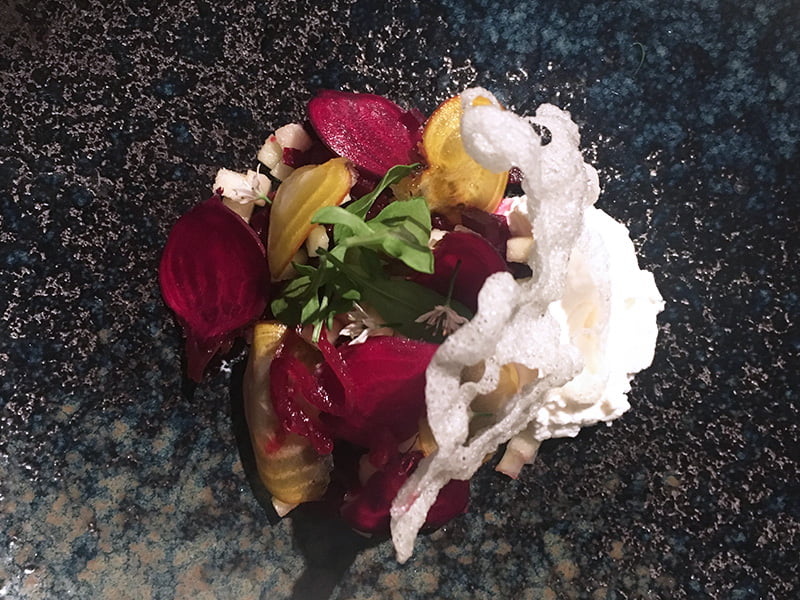 After sampling several dishes on the new menu, I have to say that the heritage beetroots were a favourite. A tumble of diced beets, sliced and pickled beets, a rich goats curd, macadamia, and edible wild garlic flower, this entree was a delicious and fresh dish. I followed it up with the rotisserie Blackmore brisket – a decent sized slab of melt-in-your-mouth tender brisket with a flavoursome and crunchy crust, accompanied by pickled beetroots and creamy mash. I finished with a dish that really piqued my interest as soon as I first picked up the menu: the Alpine Strawberry. I’ll confess that I didn’t actually know what I was ordering when I requested it – as the menu description was an intriguingly concise “chocolate, eucalyptus” – but I was delighted with the dish I received. A variety of fresh and freeze dried strawberries perched atop a surprisingly refreshing eucalyptus meringue, accompanied by a chocolate crumb “soil”, and a perfect quenelle of tangy yoghurt ice-cream, the Alpine Strawberry manages to be both richly flavourful and light. 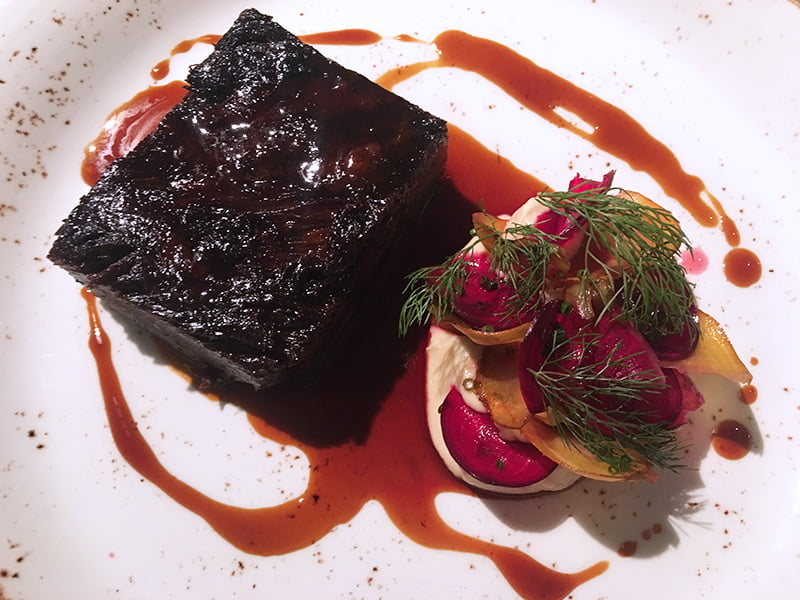