The Newmarket Hotel blends old and new into a casual and hip pub, with a nod to its local roots.

When I was a teenager wandering St Kilda’s much less gentrified streets, the Newmarket Hotel was a rough and tumble pub known more for its sordid stories than as the destination of choice for young locals. When the late night crowd spilled out onto Inkerman Street, passersby with any sense would cross to the other side of the road. But its reinvention has seen the formerly sleazy late night venue become a casual and inviting oasis for discerning young Southsiders.
Tucked in behind the hotel’s original century old facade, the Newmarket Hotel today is a stylish and fun place to grab an after work drink or a wood fired pizza. The hotel is now towered over by the neighbouring apartment buildings, creating an intimate little nook of an urban retreat. While the venue may have had a stylish makeover, touches of it’s gritty origins still shine through for the eagle-eyed patron: a reproduction of the pub’s 1950s wallpaper adorns one wall, and the kitschy checked picnic rug style carpet and roof decorations make you feel like you’ve wandered into 1970s St Kilda reimagined by Wes Anderson. 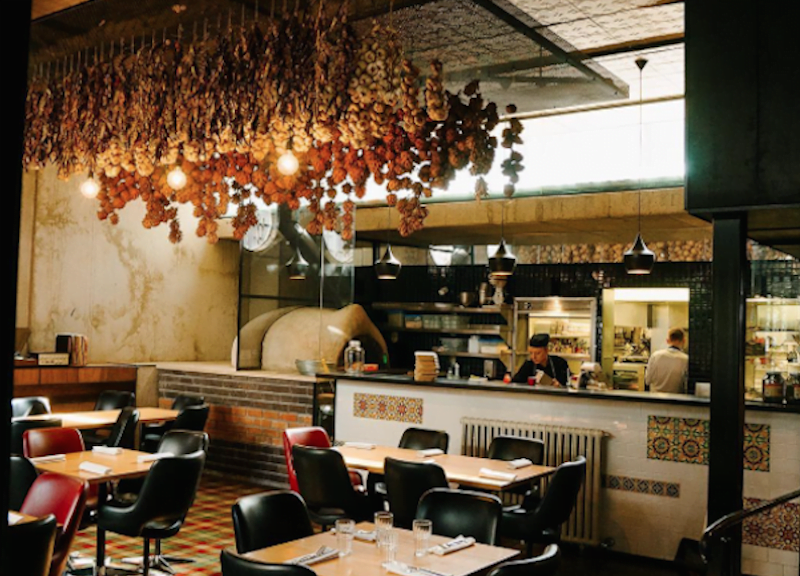 The hotel itself is quite narrow, but the site runs deep into the block creating an inspired open-plan space that still manages to squeeze in some intimate dining alcoves for those wanting to escape to a quieter part of the hotel. The outdoor garden area merges seamlessly with the inside, offering punters a lovely, fairy-light lit space to while away the balmy summer St Kilda nights.
The food is fresh and fun, with a mouth-watering charcuterie menu that lets diners DIY their own dream antipasto platter, and an extensive pizza and burger menu for those wanting something a little less fancy but equally as tasty. The Inkerman Burger – a hearty chicken schnitzel affair – is a treat, and surely a cheeky nod and a wink to the Newmarket Hotel’s past as the host of the controversial Tits n’ Schnitz, and it’s earlier years when the former hotel’s menu was almost entirely Hungarian and European fare. There’s also plenty of small dishes for a light snack with friends for those not looking for a ‘sit-down’ dinner experience. And with 17 beer taps, and cocktails by the glass or jug (more my speed), you’ll have plenty to wash it down with. 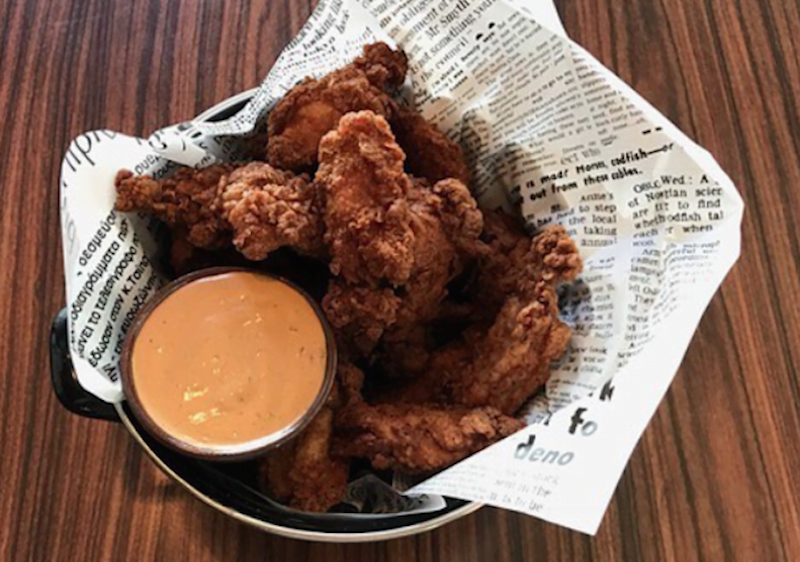 In addition to being a cool bar to drink at with friends, the Newmarket Hotel is cementing its reputation as the “local” of choice with open mic nights for those daring enough, and for families with kids eating free on weekdays with a main meal purchase.
The Newmarket is one of the St Kilda originals, and with the reinvented hotel throwing out great vibes and good food, this local icon is here to stay.