Lido on the Roof, Hawthorn

Lido on the Roof open air cinema returns this summer with a new rooftop bar and program to get any movie buff excited.

Nestled on Glenferrie Road in Hawthorn, Lido on the Roof is a rooftop oasis in the heart of the eastern suburbs. Wander through the shopping alcove and head upstairs to Lido Cinema where an inviting smell of fresh, buttery popcorn will tickle your nostrils and your gaze will turn to bright movie posters splayed on the walls. Originally a 1600 seat cinema called The Glenferrie Theatre which opened in 1912, Lido is now a bustling hub for good films, food, drinks and jazz. 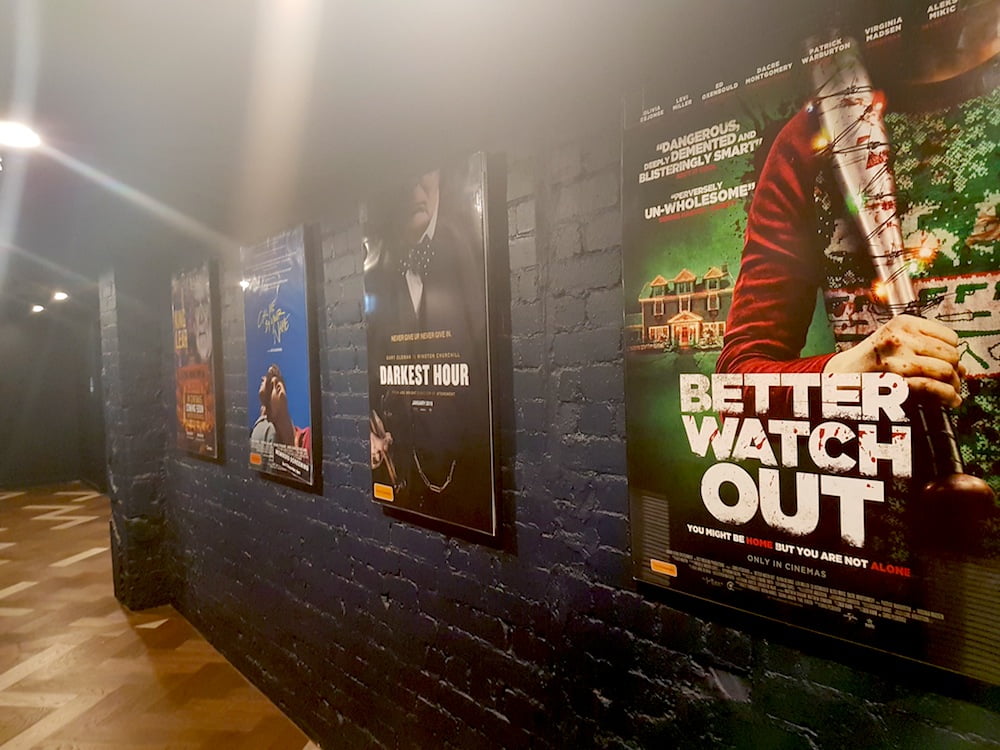 Continue your expedition to the rooftop to embrace all that summer has to offer. Lido on the Roof returns for its third year, running from November 2017 to April 2018, to showcase an exciting lineup of new release and cult films. This year, patrons can mosey to the newly refurbished rooftop bar to enjoy a few (or many) tipples amid a panoramic spectacular sunset.
Purchasing a movie ticket ensures access to the rooftop bar, so drink to your hearts content before, during and after enjoying the film. Exclusively serving Victorian boutique wine and craft beer, and Sangria in the warmer months, any choice will satisfy the thirstiest movie-goer. 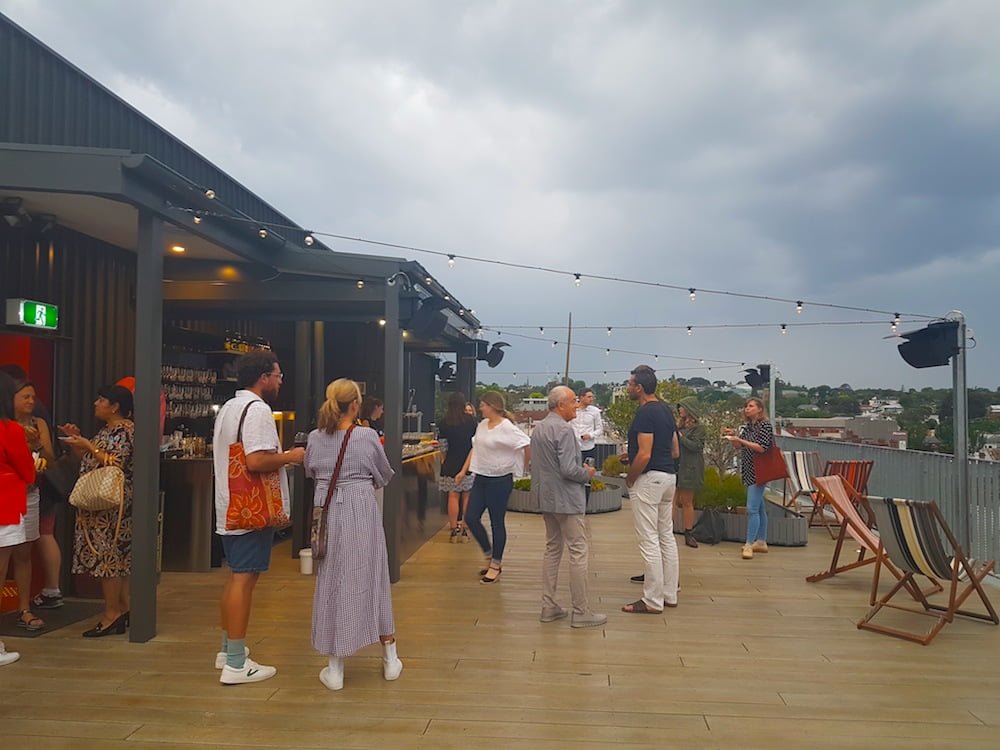 Forget the traditional cinema that dictates you to be stuck in a seat and that you should dread opening your packet of Maltesers during the flick lest it attracts tuts and stares. Capturing the loungeroom casualness of a Drive In, the 93 seat rooftop has you lounging on deck chairs or beanbags whilst taking in an impressive projector, with the skyline as your backdrop curtain. Throw on a pair of complimentary headphones, kick back and enjoy your flick of choice.
Whether you are an aficionado or a movie novice, all tastes are catered for at Lido on the Roof. Everything from cults such as The Goonies (1985) and The Lion King (1994), to new release films such as Star Wars: The Last Jedi (2017), it‘s sure to whet any movie goer’s thirst for nostalgia or the latest flick.
This year, Lido after Dark will also present a selection of classic erotic thrillers on Friday nights, including Eyes Wide Shut (1999) and Fatal Attraction (1987). 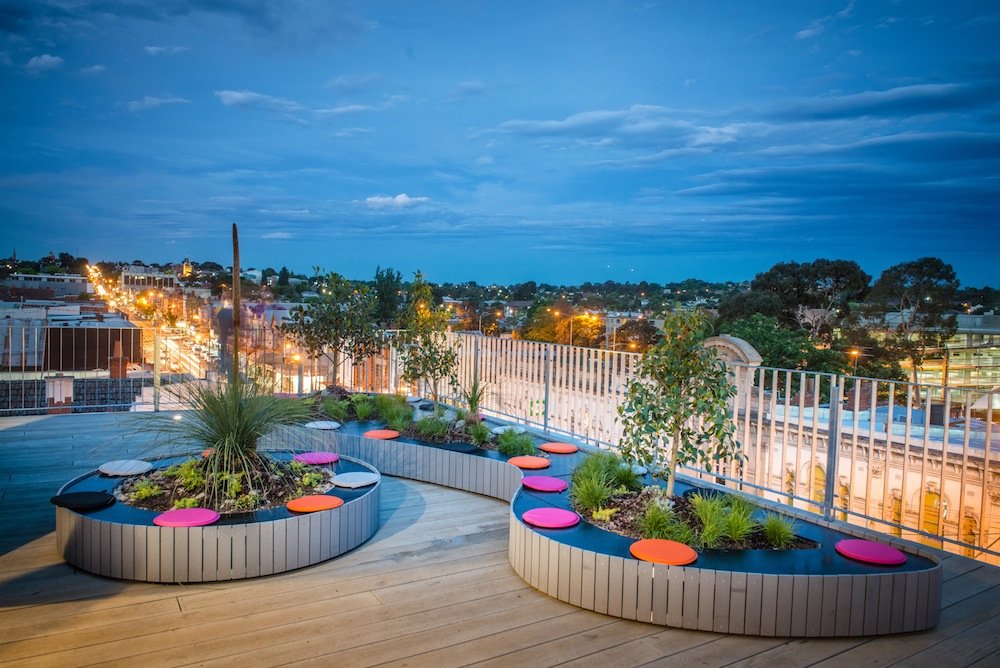 If you have the munchies, you won’t be stuck for options choosing from the all vegetarian menu. Think toasties, dumplings, edamame, miso soup, and cheese platters cut to order, as well as traditional popcorn and a variety of hand-made flavoured choc-tops. It’s just like visiting the fridge during the commercials at home!
So take yourself to Lido on the Roof for an enjoyable evening of viewing, eating and drinking and let the relaxing summer breeze gently brush your face as the story unfolds on the screen.
A rooftop cinema as comfortable as your lounge room will undoubtedly make you a Lido on the Roof couch potato. But with a view like that, why wouldn’t you want to be? 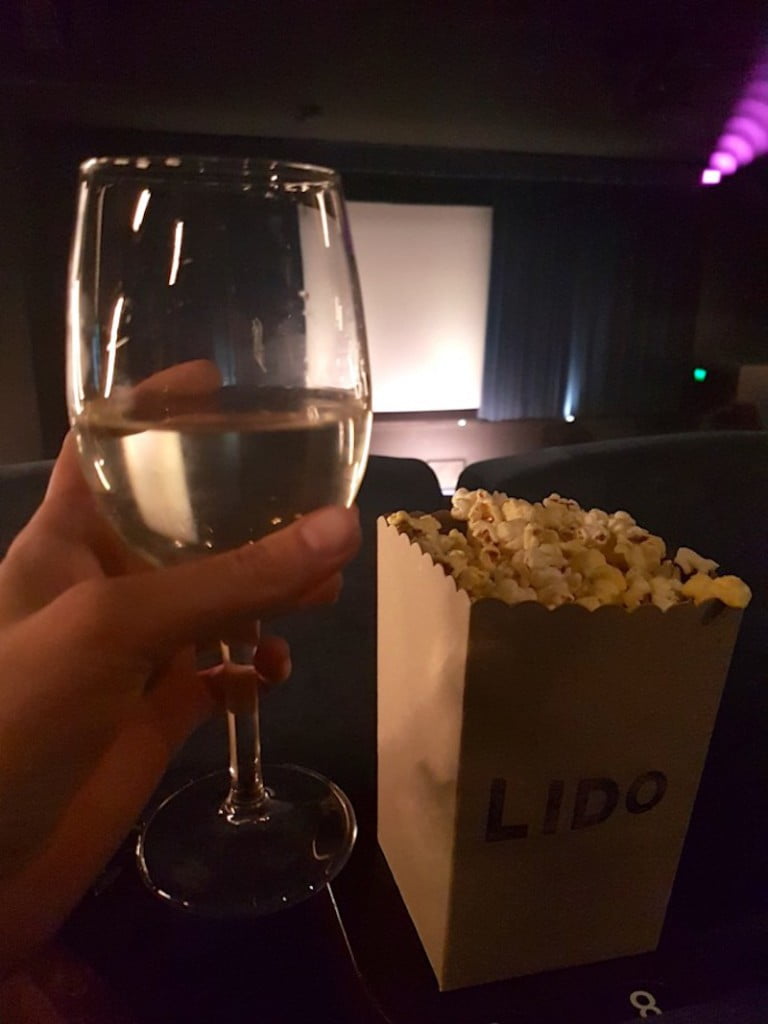