Modern Vietnamese eatery Hochi Mama is packed out of the door on Fridays and Saturdays, and Thursdays are set to go the same way with the launch of a monthly old school RnB open mic night.
The genius idea came from Restaurant Director Thai Ho after diners told him how much they love their RnB and hip hop playlists. ‘When we invited a live RnB band to perform for us last month at one of our events, the response was ginormous!’ says Thai. ‘It occurred to us that there’s no reason why we can’t create the same atmosphere on a regular basis, and that we should encourage our diners to join in, too’. 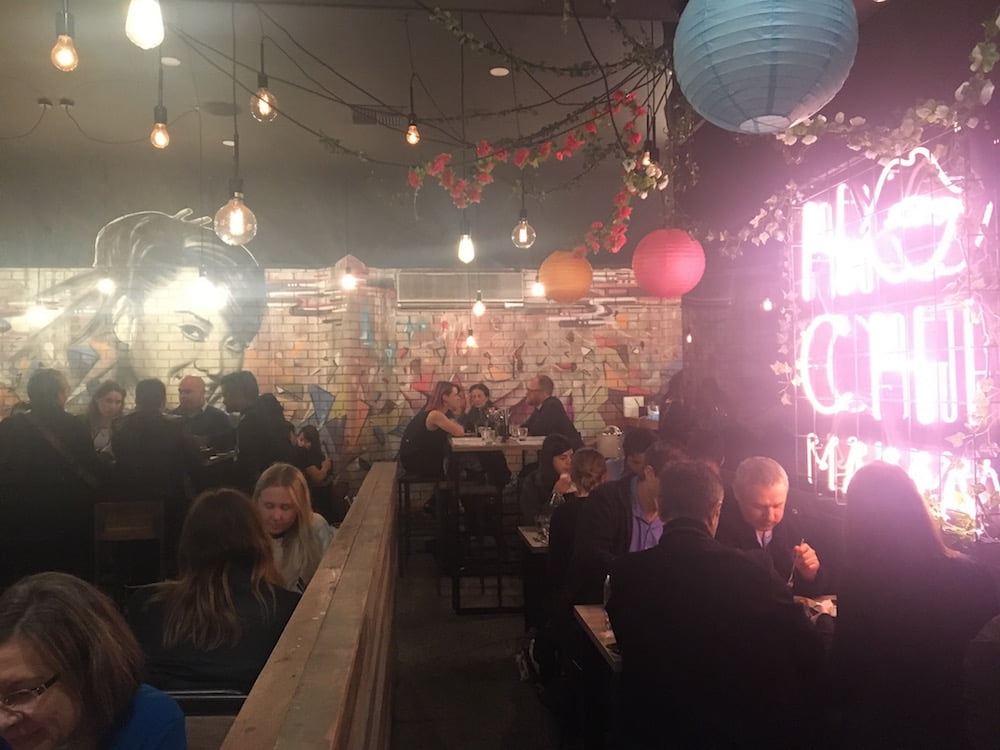 Once a month diners will be enjoying their Pho’plings (yes, Pho’plings… read on to find out what they are) to the sweet sounds of a live band covering RnB, soul and old school classics.
Guests keen to step up to the microphone can join in too. Just get in touch with the restaurant a few days before [info@hckmkitchen.com.au] with a video of you singing and they’ll put you on the line up if you’re hitting the right notes.
While the restaurant takes care of the music, the kitchen dishes up some fine Vietnamese-fusion food that’s satisfyingly familiar, but curiously different. 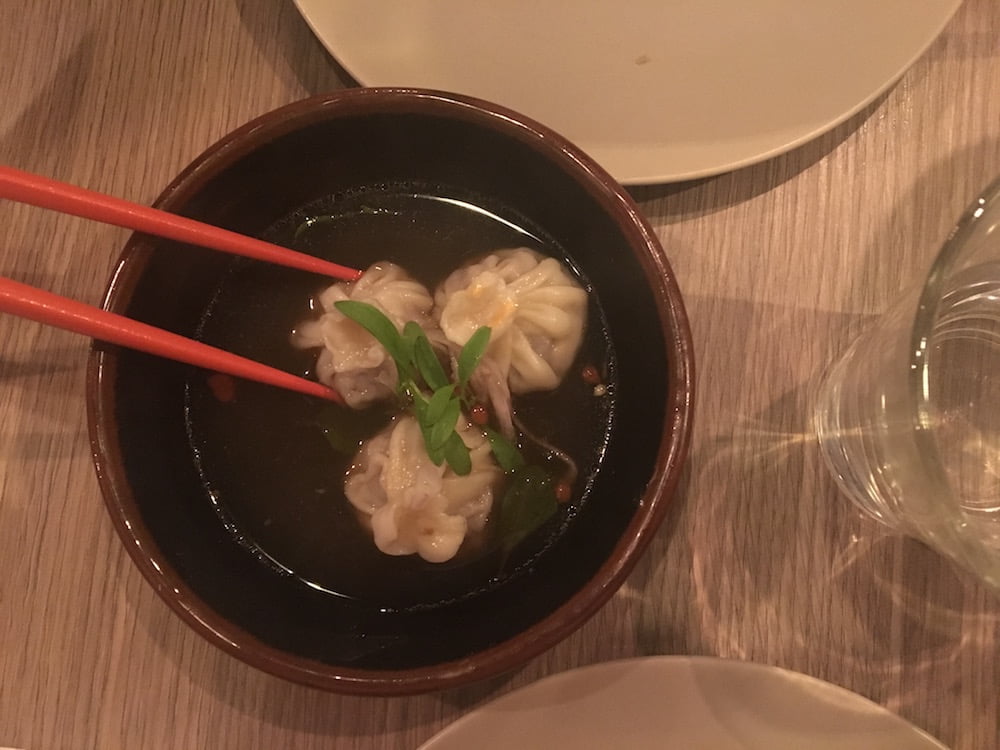 Hochi Mama offers a $59 meal for two which gets you two smaller and two larger plates plus a side dish. It’s a satisfying feast that won’t break your piggy bank.
Now let’s talk about the Pho’plings. Say it again: Pho’plings. Cute, isn’t it? These small plates of steamed parcels of pork and mince are a Saigon style dumpling served in the most aromatic and moreish pho broth. But wait… what’s that little sweet and spicy ball bursting on my tongue? Those, I’m told, are sriracha pearls.
For a small dish, Pho’plings are full of surprises. Served as small plates, I’m hoping Hochi Mama will promote them into the larger plate menu as they’re just so Pho’pling  good! 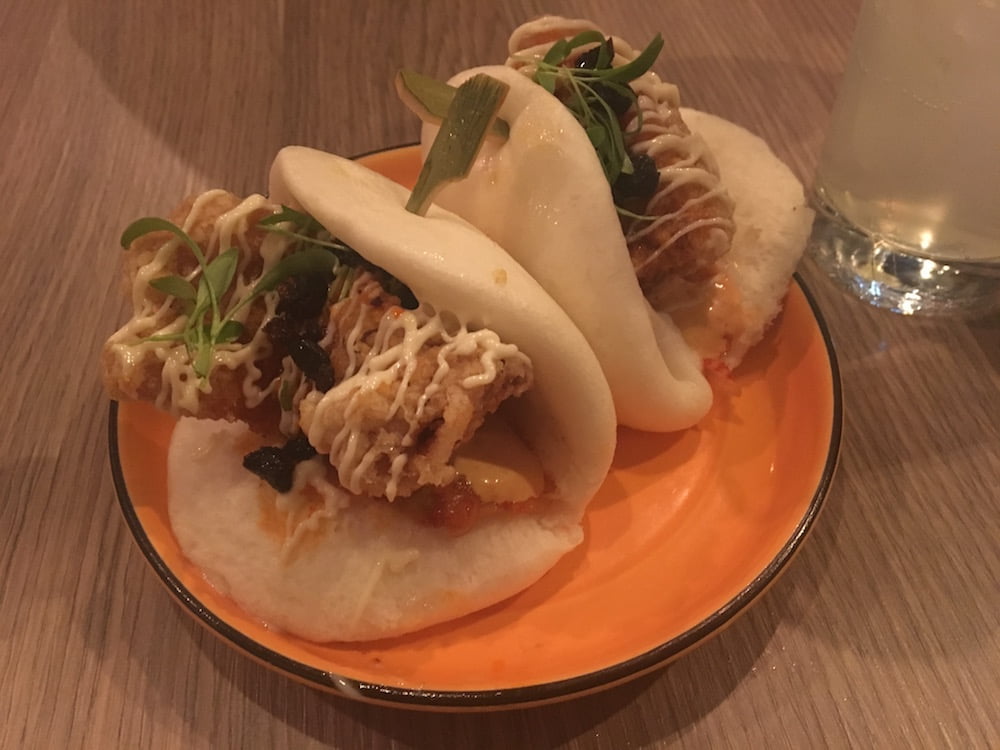 The server recommends a small plate of the Hoch Nang Bao which comes as either fried chicken or pork belly – we opted for the chicken – which is served with spicy pickled cabbage and fermented chilli beans inside a soft steamed bun. The soft and crispy textures are delish and I’m making a mental note to order a plate all to myself next time.
For the larger dishes we choose the sweet and sour crispy soft shell crab and the Saigon caramalised pork belly with a side of coconut rice. 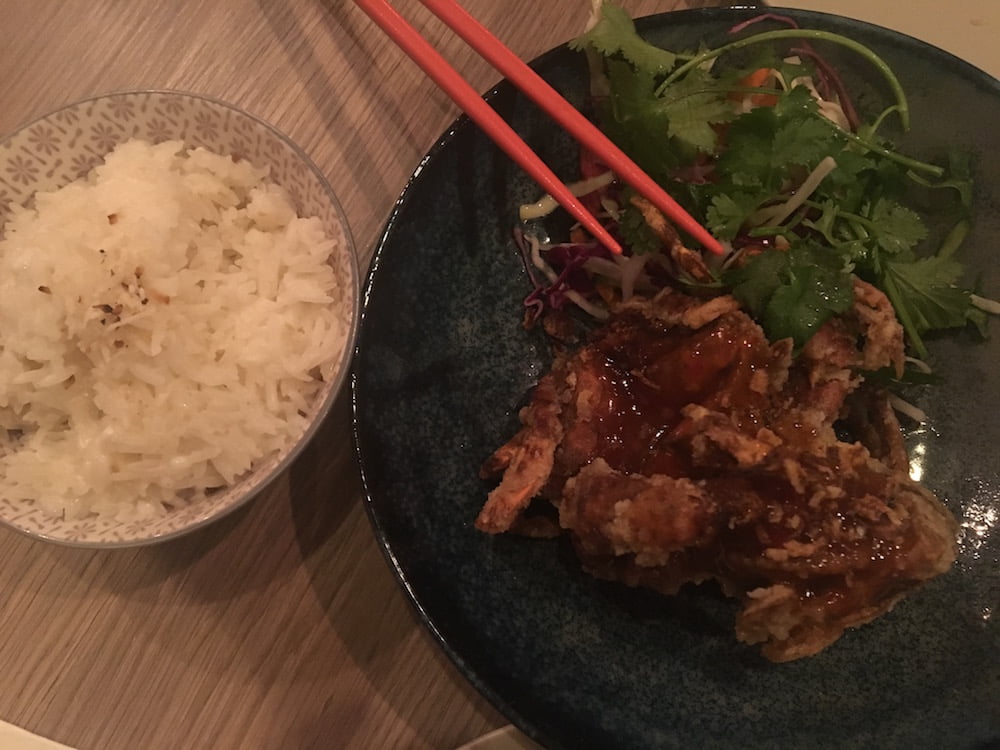 Two generous crispy crabs are served with slaw and drizzled in a tangy, citrusy sweet and sour sauce. The crab is juicy and flavoursome and the slaw is a fresh Vietnamese selection of thinly sliced vegetables topped with coriander.
Having already been bowled over by the Pho’plings earlier on, I wasn’t expecting my love to be challenged by the Saigon caramelised pork belly.  The warm, sweet sauce that the pork is braised in is mouthwatering and the pork meat has soaked up the flavour beautifully. It comes with an egg and sliced vegetables. Served with the coconut rice – which has sweet coconut cream drizzled on it – it’s a delicious combination. 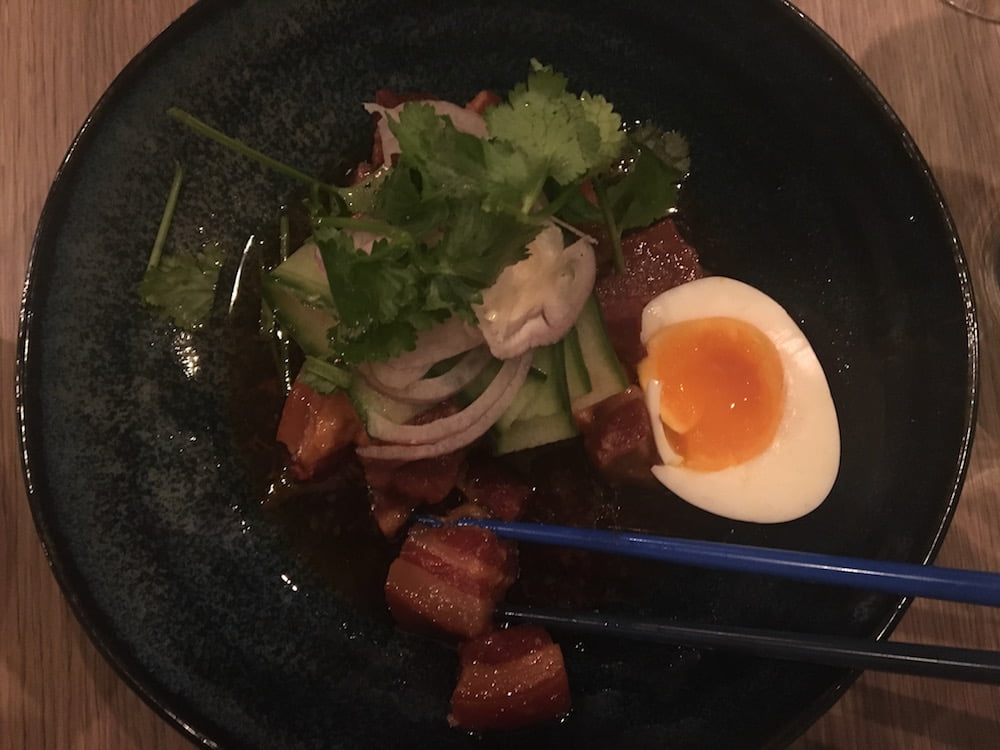 The cocktail list is 11-strong with some clever concoctions to peak your interest. With a hip hop theme running throughout the restaurant décor, the obvious choice would be to order up a Straight Outta Saigon (SOS) which includes fresh strawberries and chillies with Beefeater gin, lime and a few dashes of Tabasco.
Hochi Mama is already a city favourite with the after-work crowd, groups of friends and future couples on their first date, falling in love over Pho’plings. Book ahead for a table.
Look out for the next RnB open mic night on the Hochi Mama Facebook page
Hochi Mama
11-15 Liverpool Street, Melbourne CBD
Monday-Thursday 12-3pm, 6-10pm
Friday – Saturday 12-3pm, 5-11pm
Sundays, closed
www.hcmkitchen.com.au